SCRANTON, Pa. — A lawsuit was filed Wednesday on behalf of four men who claim abuse at the hands of a former priest in the Diocese of Scranton. The lawsui... 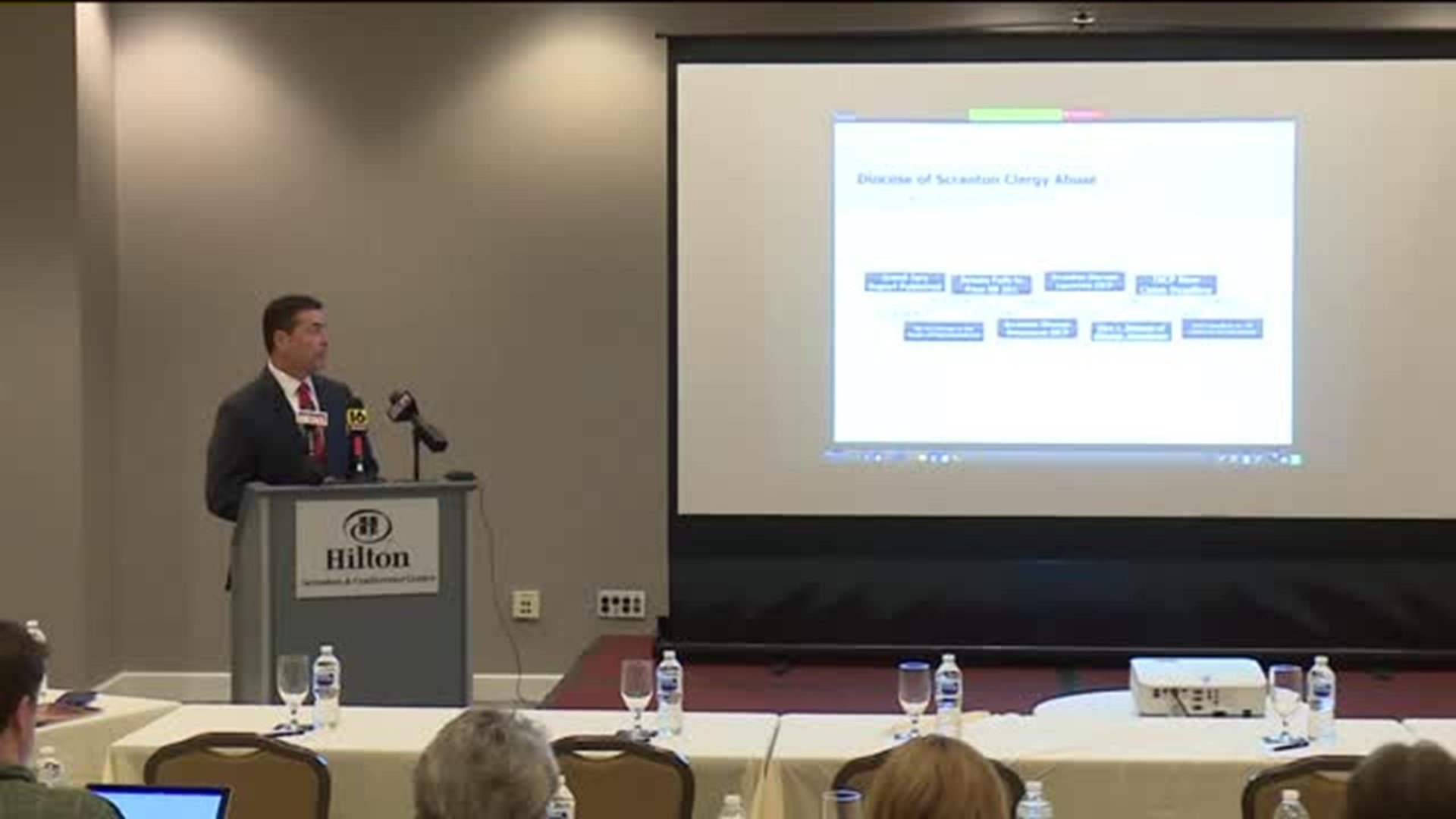 SCRANTON, Pa. -- A lawsuit was filed Wednesday on behalf of four men who claim abuse at the hands of a former priest in the Diocese of Scranton.

Three of the men spoke out about the alleged sexual assaults against them. The men claiming to be victims say they are not after money.

At a news conference in downtown Scranton, they said they want to hold the diocese responsible for the suffering they say they endured as teenagers at the hands of Fr. Michael Pulicare.

Pulicare was the priest at what was St. Joseph's Parish in the Minooka section of Scranton in the 1970s. Pulicare died in 1999.

In a grand jury report released last year, the state attorney general did not list Fr. Pulicare among the hundreds of accused priests.

Earlier this year, the Diocese of Scranton decided that people claiming to be victims of Fr. Pulicare are eligible to receive money from a diocese settlement fund.

"Our clients look forward to the full discovery that the civil justice system affords, but the process created by the diocese through the fund does not. And having their fate and the fate of the diocese and its leaders should be decided by a jury of their peers," said Kevin Quinn, an attorney for those filing the lawsuit.

None of the plaintiffs want to settle through the Diocese of Scranton's Independent Survivor Compensation Program where an arbitrator decides if and how much money victims receive.

"The victim's fund was a slap in the face. To me, I could have to just say it was almost like being molested all over again," said alleged victim John Patchcoski.

Patchcoski now lives in Florida. He was 10 or 11 in the early 1970s when he claims he was sexually assaulted by Fr. Pulicare at the priest's family cabin near a lake north of Scranton.

Fr. Pulicare died in 1999. The statute of limitations to file suit expired, but the lawyer for the alleged abuse victims says it doesn't matter.

Quinn says a statewide grand jury report found the Diocese of Scranton engaged in a conspiracy that in court, can eliminate the statute of limitations. Quinn says the conspiracy includes Bishop Joseph Bambera.

"We know from the grand jury report that Bishop Bambera, while he played an administrative role as vicar for the diocese, was specifically involved in relocating a priest known to have sexually abused a minor to a different location," said Quinn.

"A crime was committed and I feel as though it should be handled by the court, not the church," said alleged victim Jim Pliska.

In a statement, the Diocese of Scranton argues that the lawsuit relies, "on a novel legal theory in an attempt to circumvent the long-established statute of limitations in Pennsylvania. That theory relies entirely on a recent case that remains on appeal.

"The actions alleged in these suits took place decades ago and long before Bishop Joseph Bambera was ordained bishop in 2010.

"The independent Survivor Compensation Program (is where) survivors of child sexual abuse can be compensated swiftly and without the rigors and delays of the litigation process."