SCRANTON, Pa. — Governor Wolf claims that within just a year’s time, more than 83,000 Pennsylvanians have accessed medical marijuana. Within those 3... 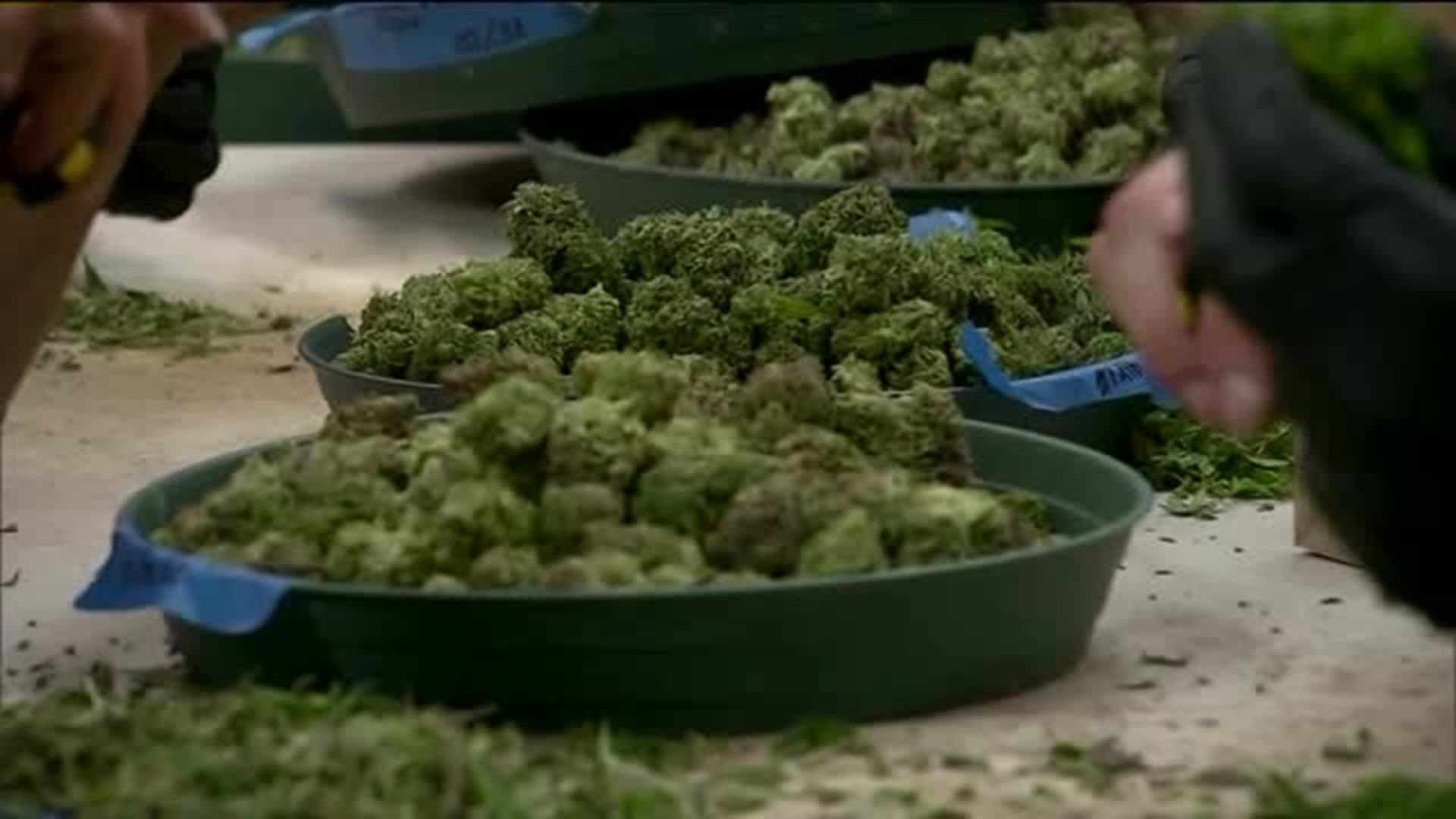 Within those 365 days, we have seen the impact right in our area.

"I was just in pain 24/7 and was going to the emergency room constantly," said Lacie Walker of Clarks Summit.

That was Lacie Walker's reality just one year ago before the Commonwealth began distributing medical marijuana cards.

With this past year, Walker has become a member of the program, allowing her to receive medicinal cannabis to treat her chronic pain.

"Ehlers-Danlos syndrome is a connective tissue disorder that makes my joints and muscles and just everything unstable," said Walker.

Walker isn't alone - within the last year, four dispensaries have popped up in our area and five more are planned for the coming year.

"A lot of people here in town don't have access to a computer or the internet or know how to get on the computer," said Mandy Zick of Big Yield Hydroponics.

Mandy and her husband Jeff own Big Yield Hydroponics in Scranton. They've been offering those in the community to sign up for their medical marijuana cards for free in their store. And while the Zick's believe the program is successful, Mandy says there could be improvements.

"We should have the right to grow our own, now as legal patients, because the program is very expensive either to get a doctor, pay for the card, the product itself," said Zick.

Despite its shortcomings, the program gives those in the medical marijuana community hope.

At one point Walker's pain was so severe, she faced thoughts of suicide. But now, the medical marijuana program has given her new life.

"I'm very happy and I feel like I'm more vibrant than I've ever been," said Walker.

Now medical marijuana isn't the only topic seeing a change. Scranton City Councilman Wayne Evans told Newswatch 16 that the council is looking at discussions with the district attorney and the chief of police about decriminalizing marijuana in the city.

In addition, the lieutenant governor is on his listening tour about legalizing marijuana state-wide.