Students ‘March for Our Lives’ in Scranton 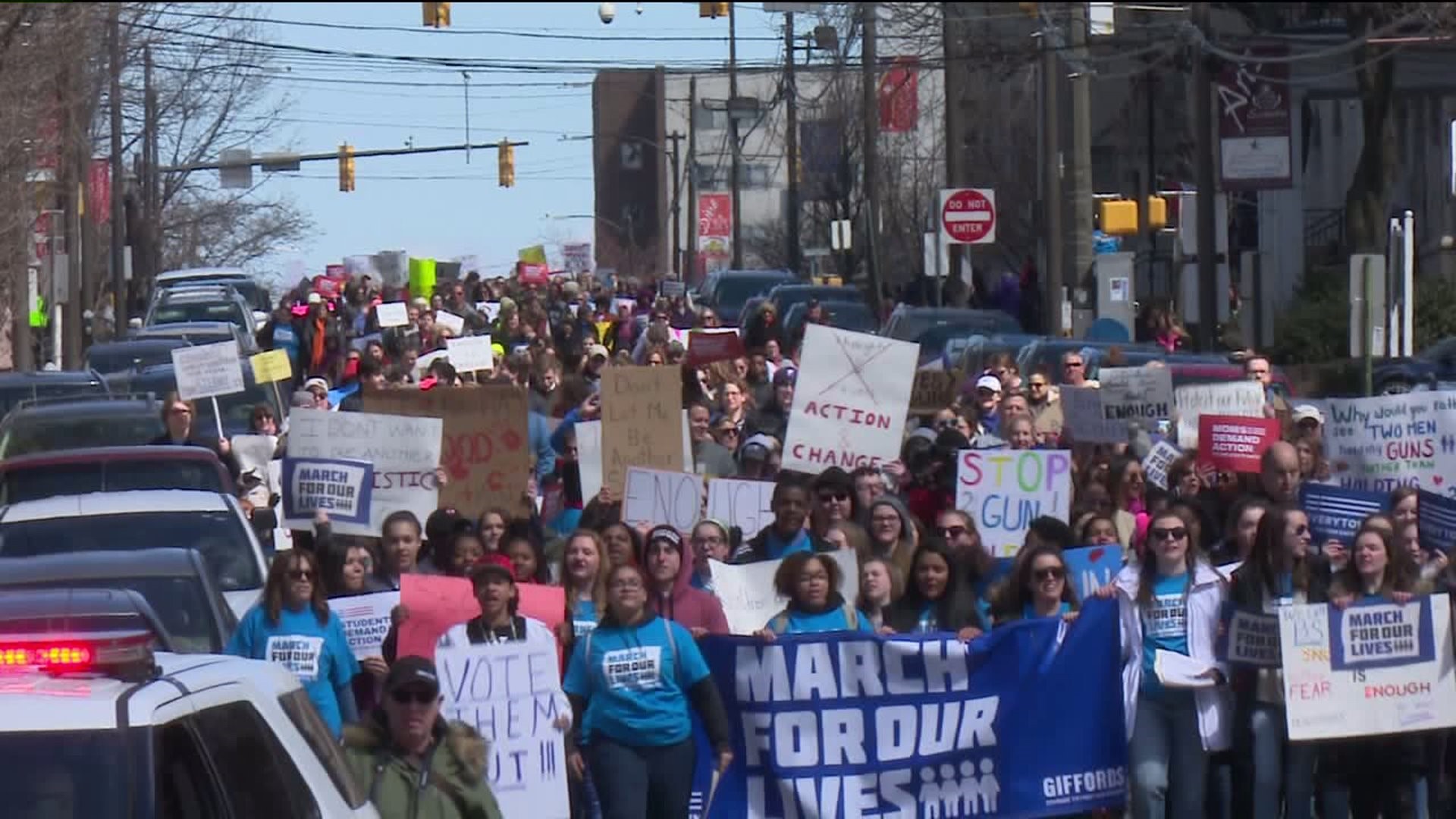 SCRANTON, Pa. -- More than a thousand people marched through the streets of Scranton Saturday demanding change for gun laws.

Students want safer schools today so they can live for tomorrow.

It seemed like a never-ending wave. Step by step, students, teachers, and parents marched through the streets of Scranton, from Scranton High School to Courthouse Square on North Washington Avenue.

Emotions were high as students from across Lackawanna County demanded change to gun laws at this March for Our Lives.

"Between me and a bunch of other students, we don't feel safe in school anymore. Even though our teachers are trying to make us feel safe, we just don't feel that way ourselves," said Taahairah Muhammad, Scranton High School student.

"I really think that people in our country know that this is an epidemic, and no one is taking a stand, so our students have decided that we shouldn't be going to school living in fear," said Katherine Hopkins, Dunmore High School student.

The march was organized after a mass shooting in Parkland, Florida left 17 dead. The number of school shootings has students and parents on edge.

"When I come to school, I don't know if I'm going to get shot or not because we have 2,000 kids at our school," said Dustin Kinlaw of Scranton.

"Something has to be done, so I am here with the kids because this is the voice of the generation. They need the older people to stand behind them," said Chet Cielski of Lake Winola.

The 2017 Pennsylvania Teacher of the Year, Michael Soskil, along with his family were also in the sea of people at March for Our Lives in Scranton. The Wallenpaupack South Elementary teacher told Newswatch 16 it's his job is to empower the next generation

"We want our students to feel safe. We want school's to be a safe place, and I am here with my two children, and no child should worrying if they will make it home," Soskil said.

Earlier, students from Scranton Prep boarded a bus to join the thousands at the March for Our Lives in Washington, D.C.

"I think it affects my generation as a whole. I haven't lived a year in a country without the presence of mass shootings," said Scranton Prep student Fiona Neville.

"If we do more drills, if we prepare for it, if we have more counselors, the answer isn't always that simple, but as long as we can try and try everything we have, we can hope for the best, and I think that's what we should do," Muhammad said.

Students at the rally said they left the march inspired.