HARRISBURG, Pa. — Hundreds of students from across the Commonwealth gathered in Harrisburg on Tuesday with a mission to “Up The Age.” It’... 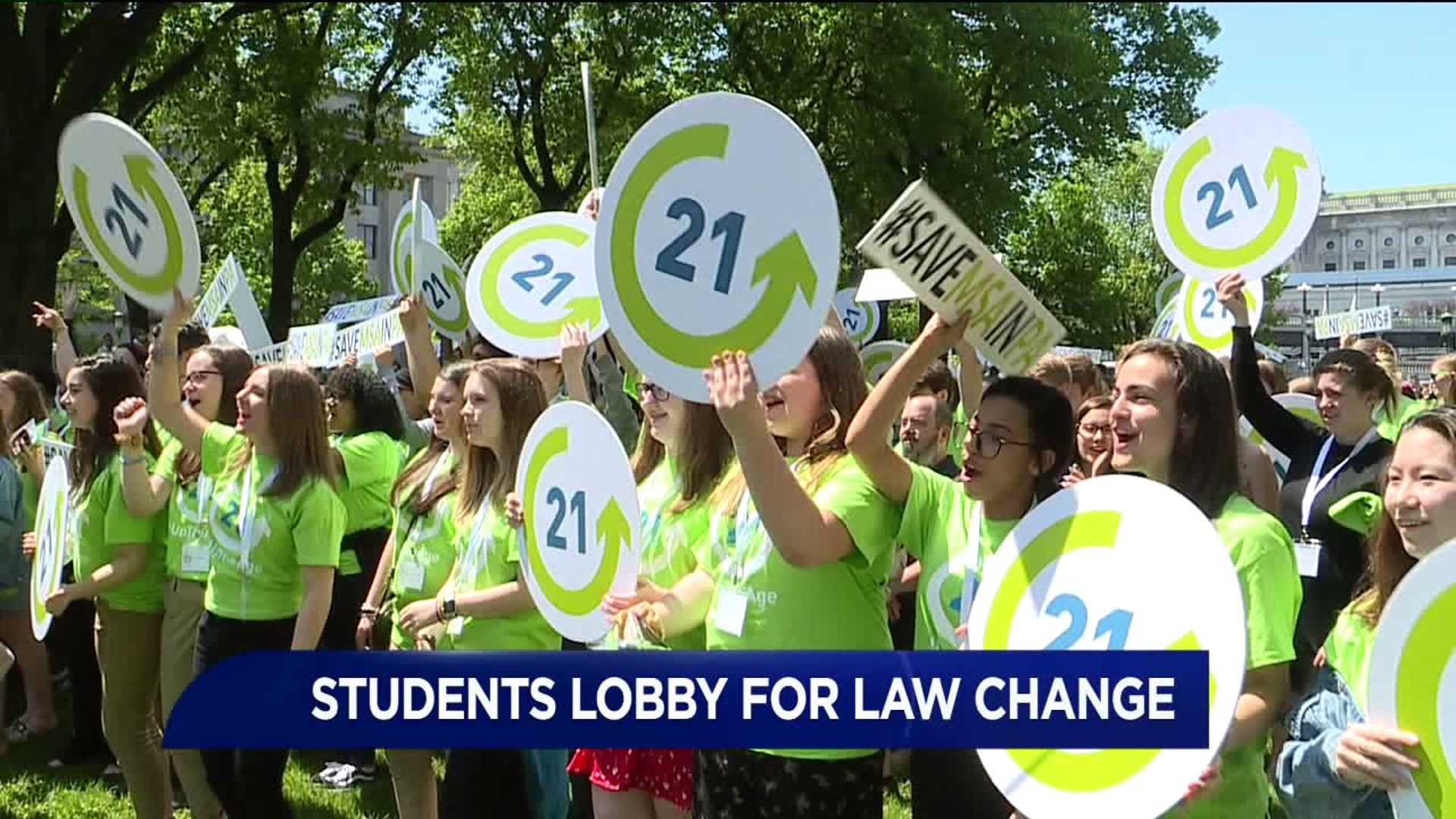 HARRISBURG, Pa. -- Hundreds of students from across the Commonwealth gathered in Harrisburg on Tuesday with a mission to "Up The Age." It's a call to action through the American Lung Association to raise the age to purchase and use tobacco products from 18 to 21.

Last week, Newswatch 16 introduced viewers to the TRU club at Abington Heights High School during our special assignment report on e-cigarettes. Their trip to Harrisburg has been months in the making and they believe it was a successful trip.

.@CometsAH TRU Club is in Harrisburg today for the @LungAssociation #UpTheAge Day at the Capitol. They will be meeting with state lawmakers to advocate for the smoking age to be raised in PA from 18 to 21. @WNEP pic.twitter.com/mACr2RLVTB

"Vaping and smoking for kids right now I think is a little bit out of control, and this group of kids wants to make a difference and I am so proud, and I am so glad they chose to come here today," said Kristen Rude, a physical education teacher at Abington Heights who helped chaperone the trip.

A dozen students from Abington Heights TRU -- Tobacco Resistance Unit -- made the trip to the state capitol to speak with lawmakers about their concerns.

"I think today was very successful because we got to go and talk to representatives and they were both on our side," said junior Sadie Henzis. "They have very strong hopes for it."

There are currently two bills in committee that would raise the age from 18 to 21. House Bill 97 passed the House and is sitting in the Senate Judicial Committee. Senate Bill 473 is also in committee.

Senator Mario Scavello, who presented the bill, told Newswatch 16 he hopes to have the bill to the house floor in June and signed into law by the end of the year.

While students say they believe their meetings with lawmakers were successful, they say their fight to up the age is far from over.

"We're going to see who exactly is in charge of the committees and then see if we can do something to talk to them," said Ellie Smith, a freshman at Abington Heights.

Students say they are planning to do more research and write letters to committee members in order to plead their case. This was their first trip to Harrisburg as lobbyists, and their teachers say they are proud of their effort.

"It was very powerful to see them actually put their heart and soul into the questions and want to meet the lawmakers, and hopefully make a change," said Rude.

This was the first year for the TRU club at Abington Heights and students told Newswatch 16 they are hoping to grow their chapter in the upcoming school year.

Several other schools in northeastern and central Pennsylvania also participated in this Up the Age event in Harrisburg.