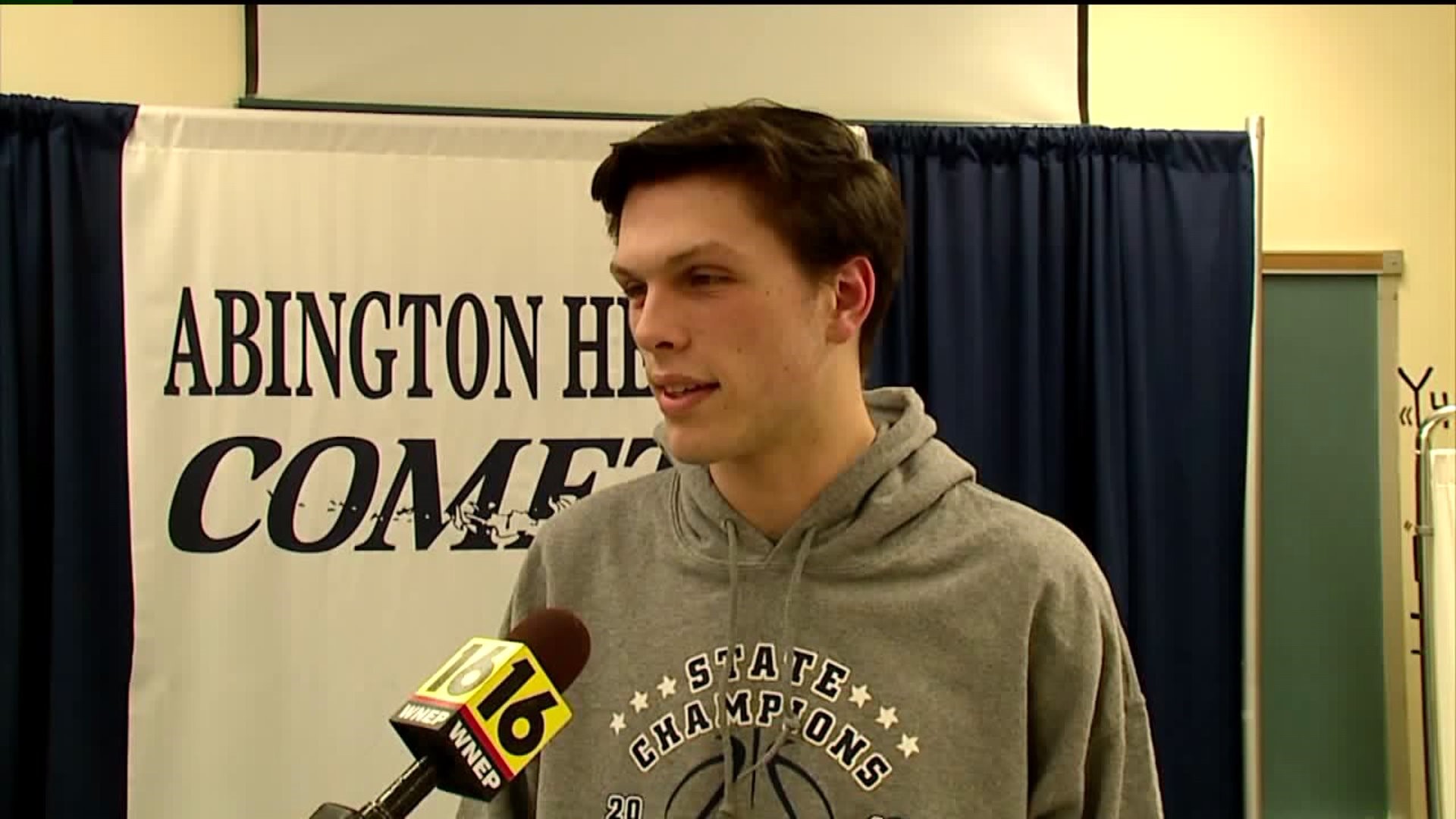 SOUTH ABINGTON TOWNSHIP, Pa. -- The state champion Abington Heights boys basketball team returned home from the game in Hershey around 1 a.m. Wednesday. Many of the players had homework to do and still managed to get to school.

They may be exhausted from the run they've had, but they certainly felt the love from the community.

A trophy case at Abington Heights High School near Clarks Summit had a new addition when students arrived. This school day was a celebration.

"This morning, for everybody who got up after a late night, we had donuts here in the lobby for them, right in front of the trophy case. And we had students going by saying how much they love going to Abington Heights," said Principal Andy Snyder.

That enthusiasm came from the boys basketball team winning the state title in Hershey Tuesday night.

"You're walking through the halls and everyone's just congratulating you. Just feels so good that the community's in it just as much as you are. You got everyone on your back," said junior George Tinsley.

The team made it back to the high school around 1 a.m. Then, many of the players still had homework to do.

"A little tired, but I still have adrenaline going through me right now," said senior Jackson Danzig.

Adrenaline and a lot of love. Signs popped up throughout the community congratulating the team.

"It's absolutely overwhelming to know that so many people care about our team and have showed us so much love over the course of the year," Danzig added.

It's the school's first basketball state title and not something this community will forget anytime soon.

"It hasn't hit me yet, even in the locker room, they were giving us programs, some of them were getting thrown away and our coaches told us to keep them. 15 years down the line, this is going to be something real special to us. It feels great right now, but as you get older, these are the things that you'll cherish, especially when we get back together," said junior Jack Nealon.

Abington Heights is planning a pep rally to celebrate the basketball team as well as all the athletes who have won district titles this year. That's planned for next week at the high school.