The debate was held virtually on Saturday. 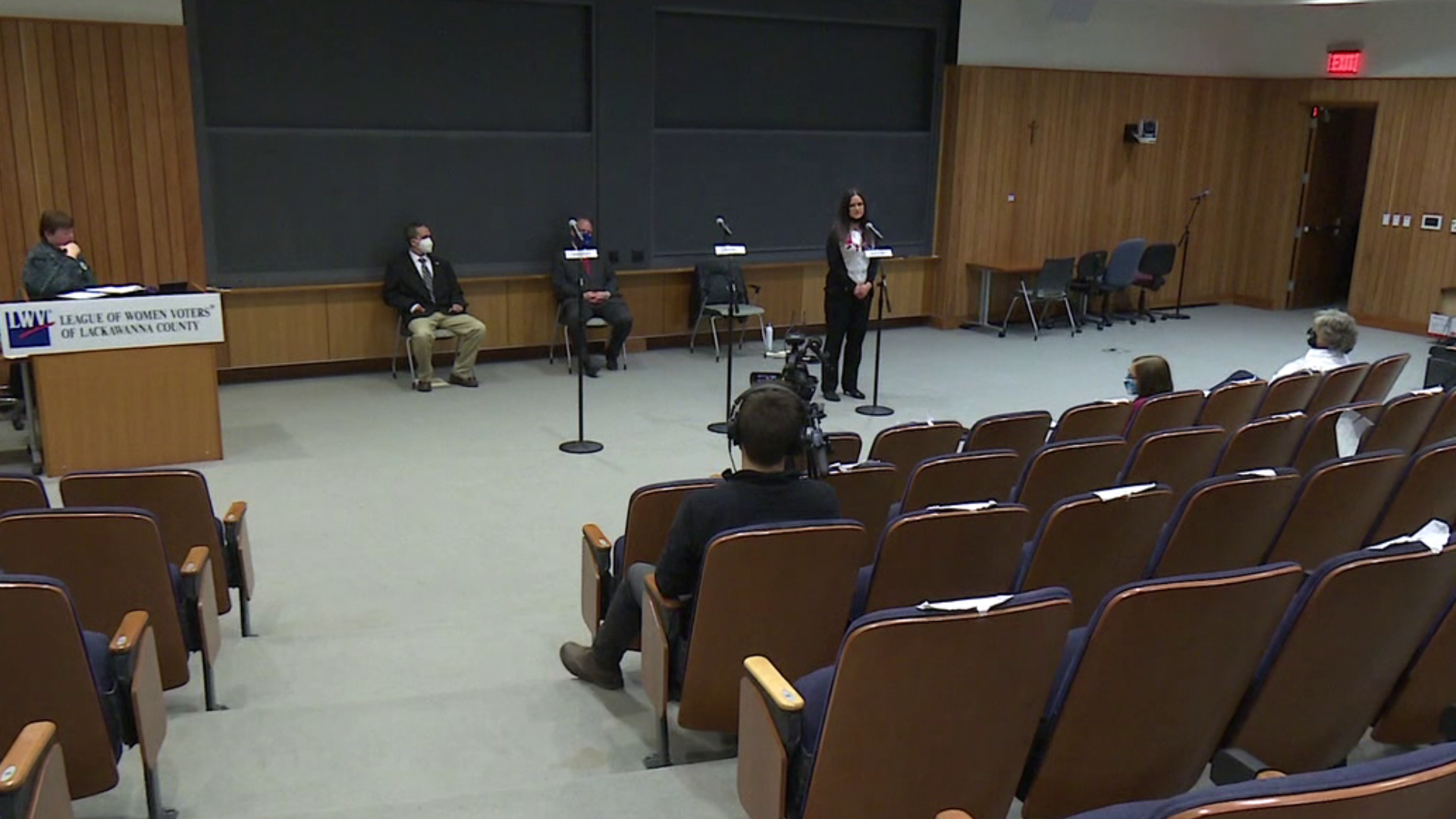 SCRANTON, Pa. — Voters could only attend this event at The University of Scranton virtually, but candidates for the 22nd District State Senate seat were happy to meet in person to debate the issues.

Three of the four candidates on the ballot took part in a candidate's forum held by the League of Women Voters.

State Representative Marty Flynn was picked by the Democratic party to run.

Marlene Sebatianelli is running as the Green Party candidate, and Nathan Covington is representing the Libertarian Party.

When reached by phone, Chermak told Newswatch 16 he was campaigning and carrying out county duties and chose not to attend the forum.

The candidates discussed their thoughts on important issues likely to come up in Harrisburg over the next few years, including raising the minimum wage and legalizing marijuana.

"Fighting for more school funding, for the schools in our area, we're having a hard time. We need new revenue. We need to work on legalizing marijuana, tax Marcellus shale, expanding the minimum wage, closing the Delaware loopholes. These are things we need to get done," said Rep. Marty Flynn.

Democrats have held the 22nd District State Senate seat since 1971.

The Green and Libertarian candidates told Newswatch 16 they believe it's time to change it up.

"Anyone who has experience, anyone who is in there, they haven't been getting the job done. So, we need some fresh blood, we need fresh ideas, and I think what we need to do is begin to break apart the two-party system," said Covington.

"Sometimes, I think politicians have an expectation that just because they're already a politician, they're the best person for that position. But, I think bringing new fresh voices to Harrisburg is important because it gives you another representation," said Sebastianelli.

You can watch the full debate here.