State of the City: Setting the Stage for New Leadership in Scranton

SCRANTON, Pa. — It’s been four months since disgraced mayor Bill Courtright left office. The man who took his place was determined to help the city ... 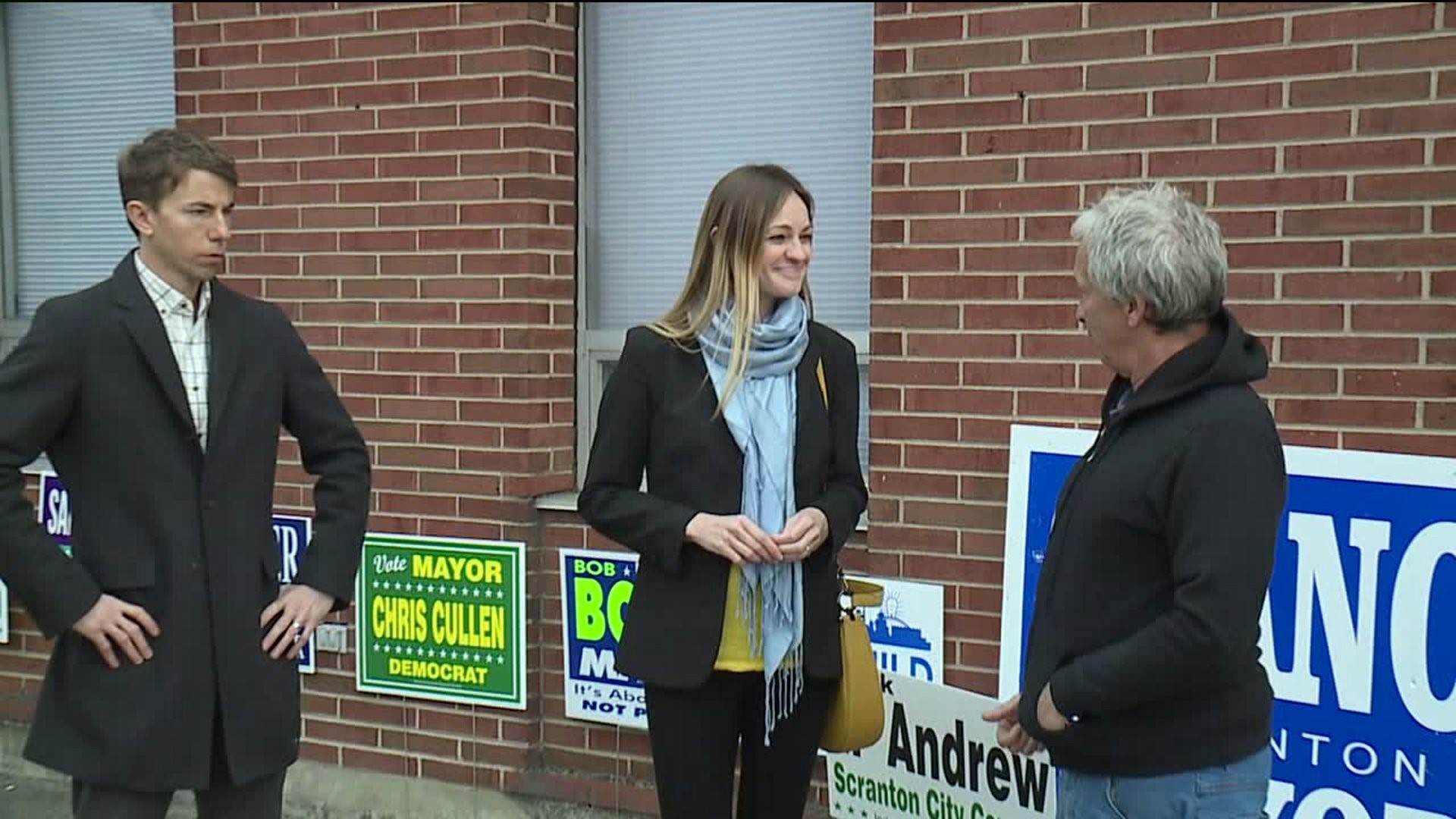 SCRANTON, Pa. -- It's been four months since disgraced mayor Bill Courtright left office. The man who took his place was determined to help the city of Scranton heal.

Mayor Wayne Evans delivered the annual State of the City address on Thursday. The mayor wanted to leave a different kind of legacy than his predecessor, but he knew his time was short.

During his State of the City address, Evans tried to prove that he capitalized on his time in office, touting the reforms he's made so far, and the ideas he has for the future.

"What a long, strange trip it's been. And here we are," said Evans.

We talked to Mayor Evans in July, just a few days after he was appointed interim mayor. He knew his time would be fleeting, but he wanted to leave an impact.

"The next five months are going to be critical for how we're perceived, probably for a long time. It's very, very important that we get it right," he said at the time.

So, did he get it right? People we spoke to seem to think so.

"Evans did very well. I think he made the city proud," Jo Anne Santore said.

"I think he's done well. I mean, it's tough to take over from corruption," added Jerry Joyce.

Much of Evans' short tenure as mayor has been dedicated to reform. He's restructured two city functions that were involved in Courtright's pay-to-play scheme: the Licensing, Inspection, and Permits Office and the garbage fee collection process.

He replaced the director of the Licensing, Inspection, and Permits Office, and hired a consultant to conduct a "top-down" review of the office. The amount of time it takes to receive a building permit has dropped form 3-6 weeks, to 2-3 days, according to Evans.

Evans also proposed changing the way garbage fees are collected, to make it harder for people to avoid paying them.

During his State of the City address, Evans said the city is on track to ditch the label of financially "distressed" by July of 2020.

Besides cleaning out corruption, the mayor has also made strides to clean up the appearance of the city. He recently secured money to restore stained glass windows at the entrance of City Hall.

Another aesthetic change in the works is to have local artists paint mini-murals on traffic boxes, all in the hopes that a brighter downtown will lead to a brighter future.

Evans hopes that he has set the stage for a successful transition of power when Mayor-elect Paige Cognetti is sworn in next month.

People who live in Scranton hope so, too.

"We do have a mayor coming in," Santore said. "I hope that she just keeps on doing what he did. And maybe we'll finally pull out of this black hole were in."

With a month left in office, the biggest task left for Mayor Evans is to get his 2020 budget passed. The deadline is next week.