The state says bars and restaurants must stop selling alcohol after 5 p.m. Wednesday, which is historically the busiest night of the year at bars. 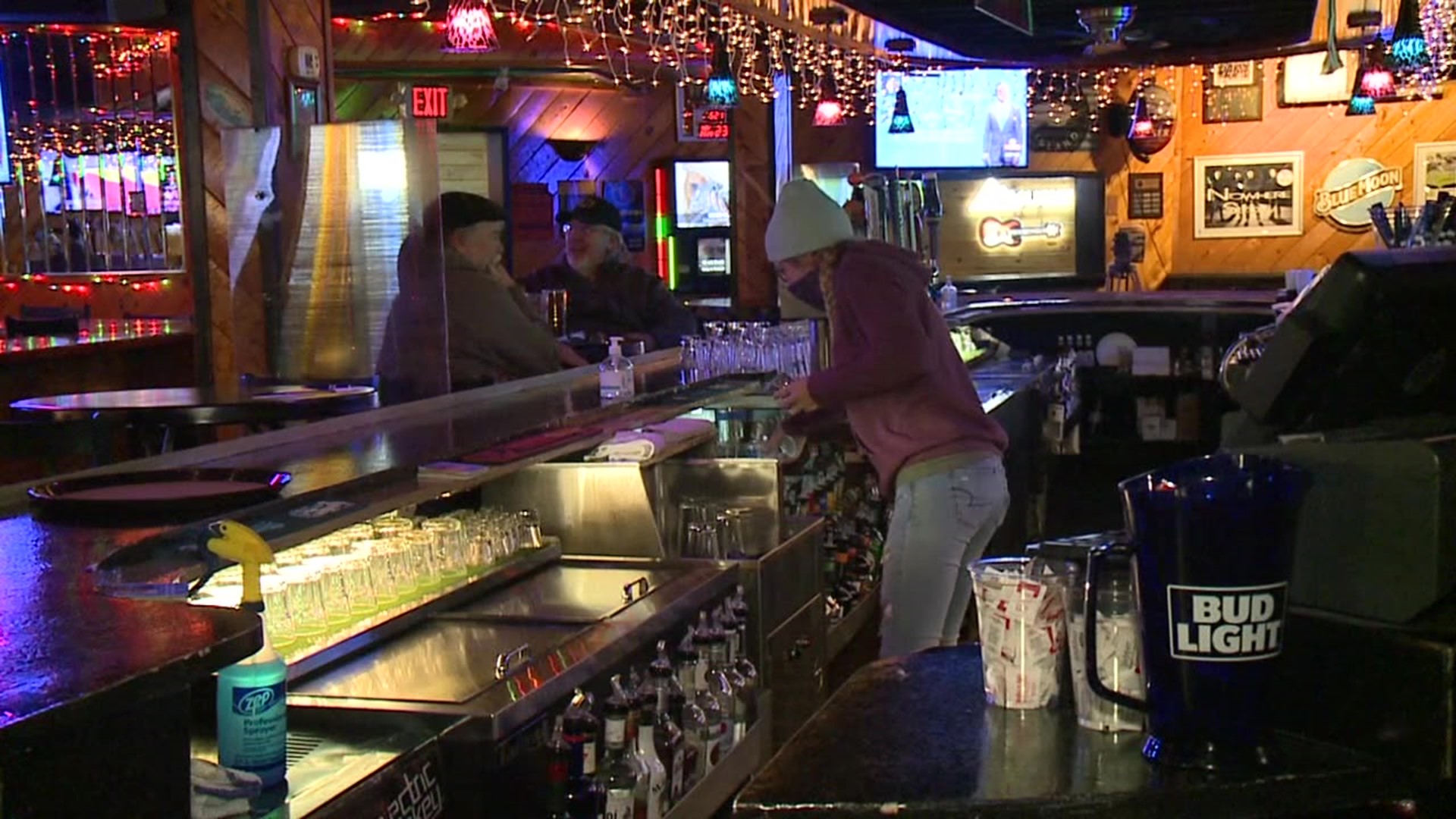 This is just the latest blow to the restaurant industry, which has already faced several rounds of restrictions because of the pandemic.

Bars and restaurants in Scranton are handling the news differently.

In light of the state's decision, the V Spot Bar decided to just stay closed on Thanksgiving Eve.

During an already difficult year, bartenders at the V Spot were hoping to make some extra cash on Thanksgiving Eve, but, unfortunately, that won't be happening.

Employees say it just made more sense to keep the doors locked after the state's announcement.

"A little bit extra money because everyone is in the giving spirit, and it's been a rough year! We look forward to seeing everybody that we don't normally see, you know, coming in for the holidays and everything. It's really unfortunate," V Spot bartender Maura Mensinger said.

Typically, the bar draws in hundreds of people and it makes thousands of dollars the day before Thanksgiving.

Bartenders knew this year would be slower, but they weren't expecting this.

The V Spot even had a band booked for Thanksgiving Eve, but the bar had to cancel the show.

"Everyone was looking forward to it, and now we can't do it," Mensinger said.

Some bars in the city will stay open on Thanksgiving Eve.

Kelly's Pub and Eatery in South Scranton is one of them.

Employees won't be serving drinks past 5 p.m. but they hope take out orders make up for that loss.

"We might get some families earlier on in the evening, but later in the evening, I think it will probably die out inside, but hopefully our take out will be busy for us," Kelly's Pub and Eatery Owner Kelly Hamm said.

Regardless of the new regulations, some people say they didn't plan on going out anyway.

"I don't think my parents really want me going out and seeing friends with everything. I don't want to bring it back to my family," Bella Nardone of Moosic said.

"We're just doing the best we can, and we pray this is over soon," Hamm added.

The state's newest regulation for alcohol says is only in effect on Wednesday.

On Thursday, bars and restaurants can sell drinks past 5 p.m.

That's exactly when the V Spot will be open again on Thanksgiving Day.

The maximum occupancy for large gatherings and events has been reduced.

On Thanksgiving Eve (11/25), sales of alcoholic beverages for on-site consumption at bars, restaurants, and private catered events, must end at 5 p.m. Dining may continue; takeout is encouraged. pic.twitter.com/7ryeGYjQdc