SCRANTON, Pa. — On this Earth Day, people could be found all over our area cleaning up trash and spending time outdoors. For one man in Scranton, it was j... 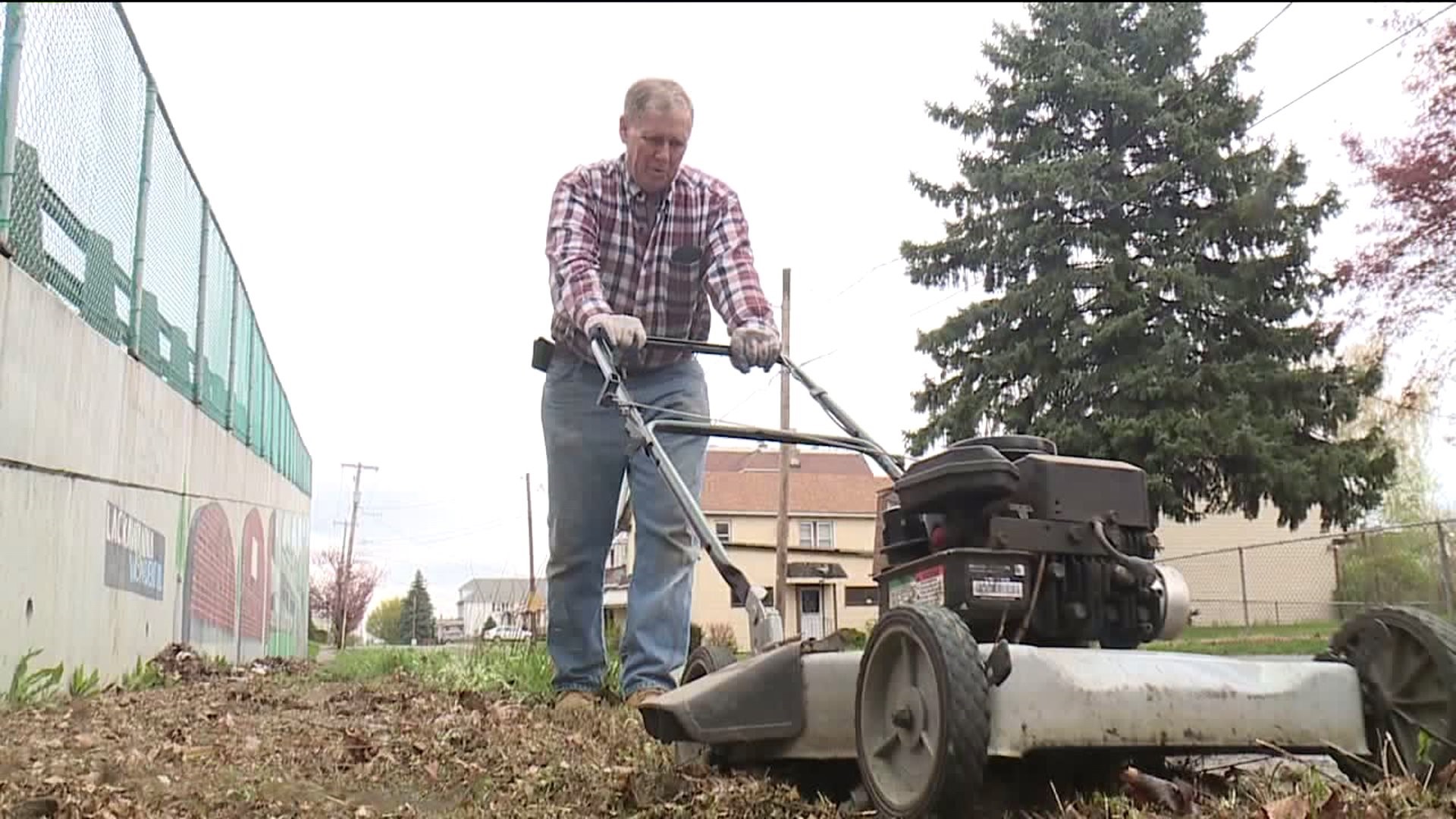 SCRANTON, Pa. -- On this Earth Day, people could be found all over our area cleaning up trash and spending time outdoors.

For one man in Scranton, it was just one of several days a year he takes to spruce up his part of town.

At some point over the last six years, you may have seen William Bittenbender out with his rake on Fourth Avenue in Scranton.

Bittenbender says despite questions from neighbors, he cleans up the area around the West Scranton Viaduct a few times a year.

"Does it need to be done? They said absolutely. Are you going to do it? They said no. So I guess it's left up to me," Bittenbender said.

Equipped with garbage bags, a wheelbarrow, and a lawnmower, Bittenbender spruces up the sidewalks and wooded areas between the south and west sides of the city.

This year, Bittenbender has something else on his mind. It's something that's making him take it a little easier this time around.

"Dealing with my fourth cancer. I just don't have the stamina, the strength, the energy. I'll be 67 next month. That might be part of it, too.

He says doing this helps.

"I come here, and this is my new therapy, and you know, yeah, it's bad, but when I'm done, it looks beautiful."

Because of Bittenbender's medical condition, friends and community members decided to lend him a helping hand this year.

"He doesn't know how to stop, so he does this four or five times a year. This is the first time we actually organized a whole bunch of people to get in," said Andy Chomko.

Bittenbender says he's thankful for the help and happy to have others who share his love of the neighborhood.

"This is one of the entrances to my part of town," said Bittenbender. "If I can instill more pride in the people to go home and clean up their own property, then I've achieved my goal."

Bittenbender says he will be out here cleaning up a few days before Memorial Day, the Fourth of July, and Labor Day. If you see him out here, he says he'd be happy for a little help.