SCRANTON, Pa. — It has been four months since hundreds of customers complained about lost or misplaced clothing at a chain of dry cleaners in our area. Th... 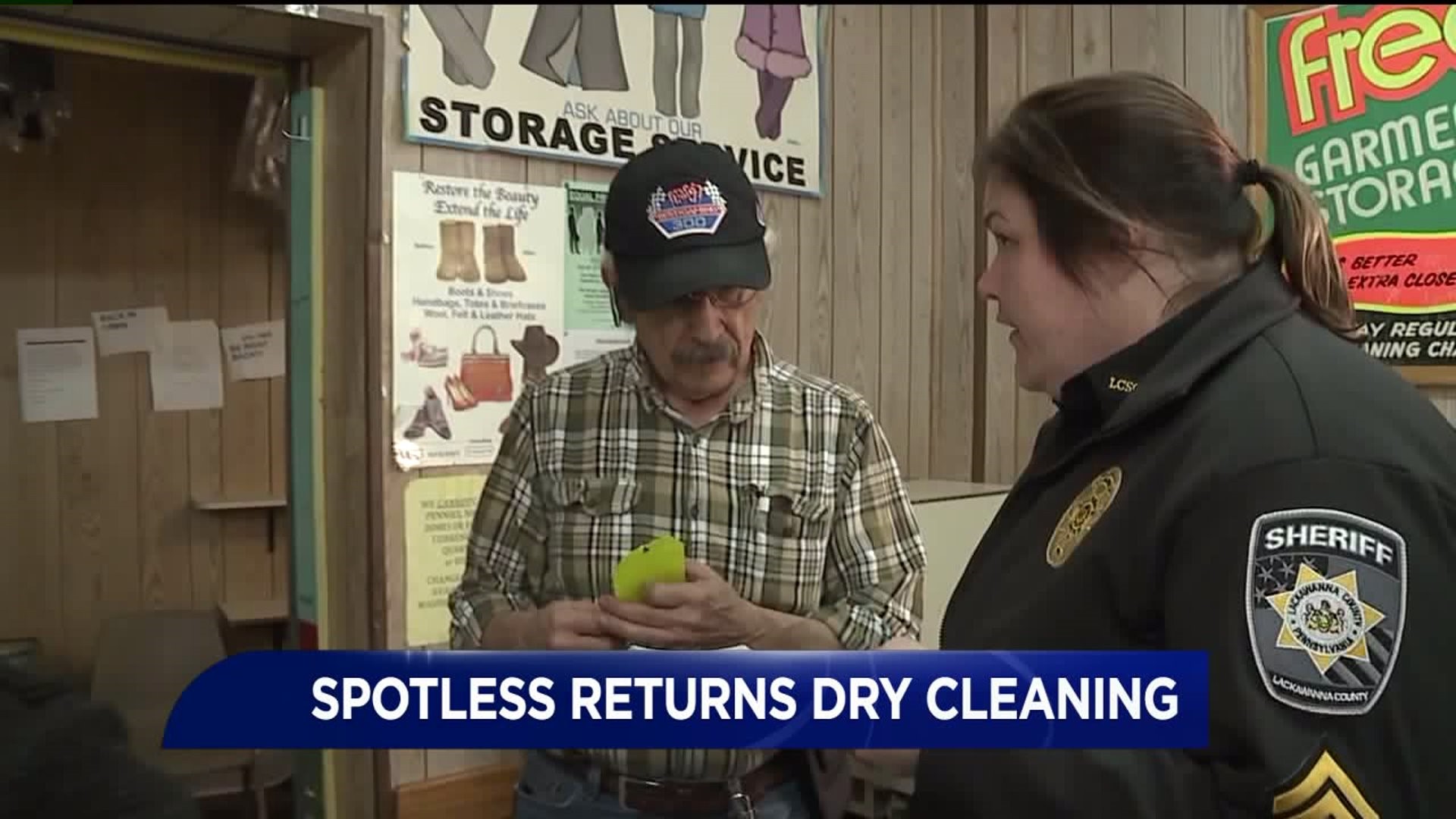 SCRANTON, Pa. -- It has been four months since hundreds of customers complained about lost or misplaced clothing at a chain of dry cleaners in our area.

The Maryland-based owner of Spotless Cleaners is closing the business.

The Scranton branch opened Thursday, so customers can finally get their dry cleaning.

The dry cleaner shut its doors at this facility in Scranton with a few happy and a few unhappy customers.

Shortly after Spotless opened to return dry cleaning to customers, sheriff's deputies served a court order to its manager.

"This is a writ of seizure where they take all the money and give it back to the bank."

Which meant that every dollar Spotless took in during Thursday two-hour opening was confiscated.

Danielle Dalessandro of Moosic picked up a dress and a shirt she's been trying to get for the past three and a half months.

"I was skeptical, I'm not going to lie, but there was hope," Dalessandro said.

Greg Basting of Moosic picked up eight shirts that he dropped off for dry cleaning last fall.

"There were some people who weren't receiving the satisfaction they were looking for. But some were."

But not all Spotless customers left with the clothes they sent to be dry cleaned several months ago.

Some tell us Spotless didn't have their clothes.

Spotless managers also told others who hoped to pay with credit cards that the business was only taking cash.

"I was wondering, are they going to take credit cards, because I didn't have that much cash on me today. I was a little frantic in there, but fortunately, it was all figured out and it was only $2.45."

The Spotless Dunmore outlet is scheduled to open from 4 p.m. to 6 p.m. Friday to return dry cleaning items that people left there several months ago.

The Honesdale branch is scheduled to be open from 10 a.m. to 12 p.m. on Saturday before shutting its doors for good.