Spotless Cleaners Customers Still Wondering Where Their Clothes Are

DUNMORE, Pa. — Many people Newswatch 16 spoke with expressed anger that they were not notified of Spotless Cleaners closing its locations in our area. Som... 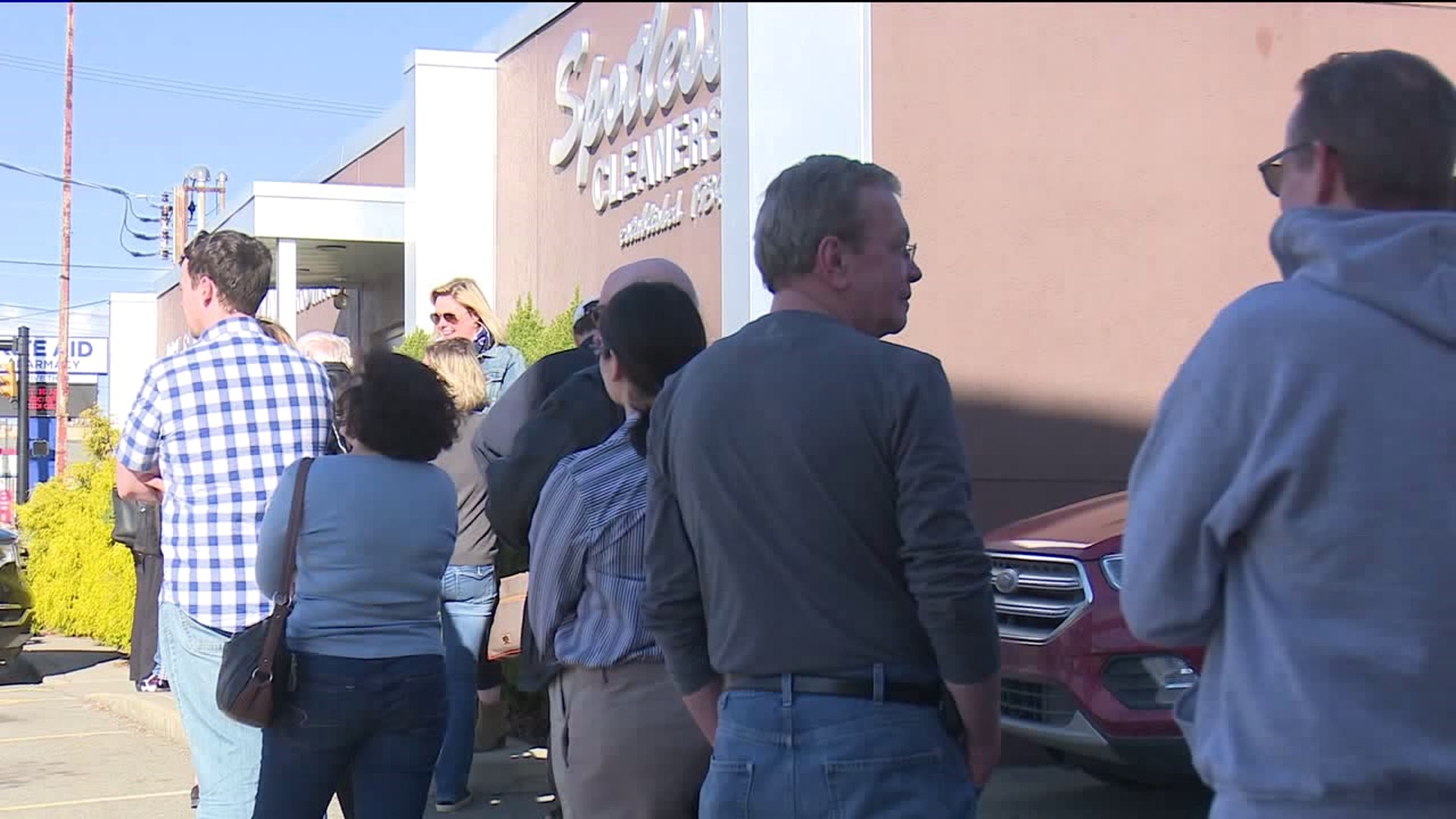 DUNMORE, Pa. -- Many people Newswatch 16 spoke with expressed anger that they were not notified of Spotless Cleaners closing its locations in our area.

Some say they didn't know anything was wrong until our Newswatch 16 Investigative Report aired Thursday night. Now many are still asking, where are my clothes?

"I never think of dropping it off like I may not see this again," said Rob Morton of Scranton.

That was the worry of many customers who lined up outside Spotless Cleaners in Dunmore.

Many have been waiting for months to be reunited with their belongings. Some of them are very sentimental.

"I was fortunate that I was able to get my mother-in-law's fur coat and she has passed away, so it's very sentimental more so than having the coat," said Rose Buynak.

Others say this isn't the first time they've had trouble with Spotless Cleaners. Laura McDonough came to pick up a duvet and cover after she already lost one item to the cleaner.

"My husband had a suit here that went missing and I never even got it back. So I lost out on that one," said McDonough.

While some of those in line were reunited with their clothes, others weren't so lucky.

"A $3,000 coat. One side is mink, the other side is leather and they can't find it," said Janet Gaggero of Dingman's Ferry.

Some say they have been waiting for so long, they don't even remember what they dropped off.

"I've been waiting for a couple months, having no idea what I dropped off, if I'll get it back," said Morton.

One woman searching for her wedding dress went home empty-handed. She declined to talk on camera but said she was frustrated.

After months of attempting to recover their belongings, many just want answers.

"Now he says when he gets back, he said he's going to check the office at Moosic and see if it's there. If not, now they want me to go to Honesdale tomorrow. I've been all over the place. It's ridiculous," said Gaggero.

The Honesdale location is set to open from 10 a.m. until noon Saturday to allow patrons to claim their clothing before the stores close for good.