Kids, both young and old, couldn't wait to make a splash at the Novembrino Complex in West Side. 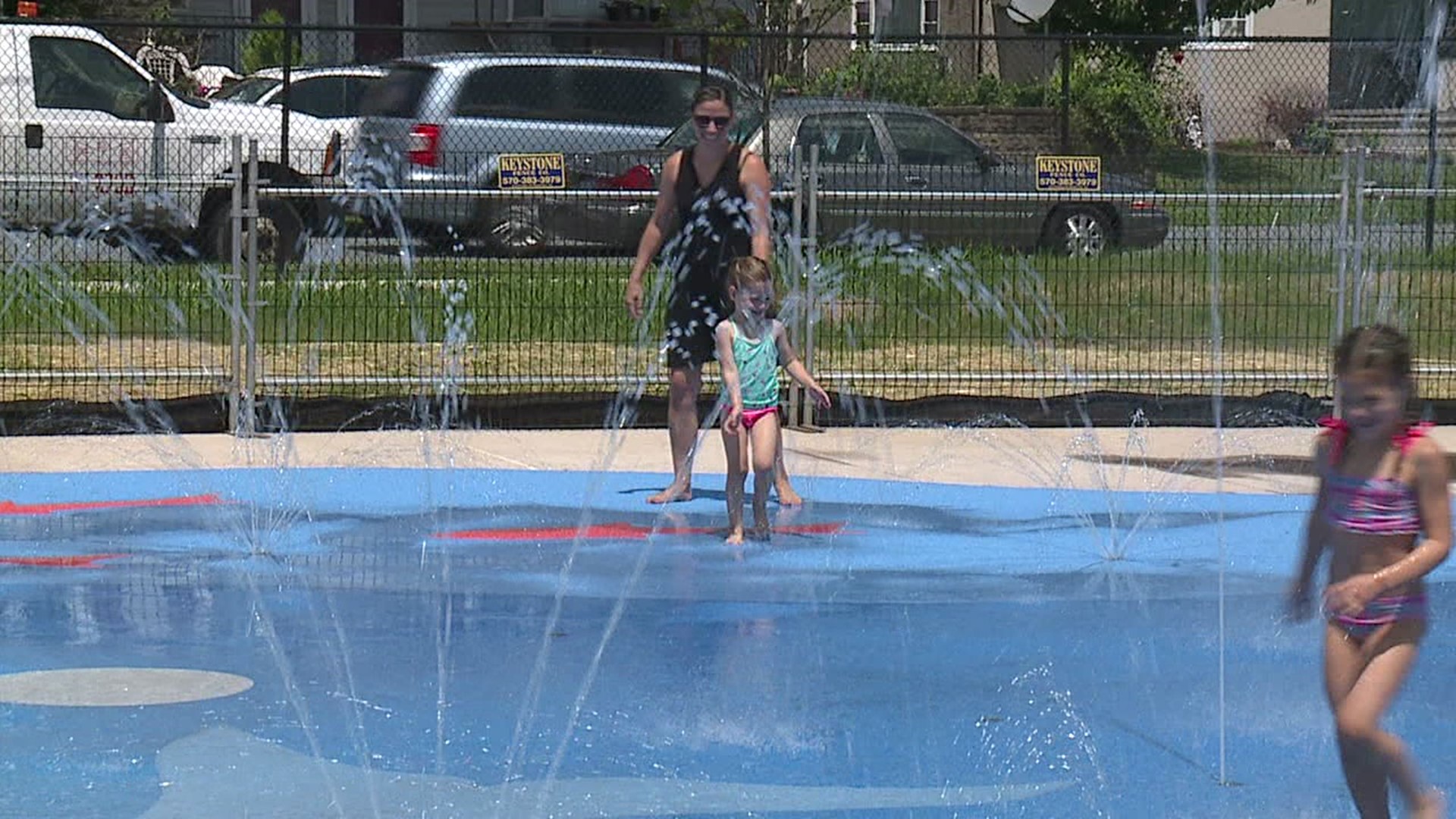 SCRANTON, Pa. — After more than 10 years, people in West Scranton finally have a place to cool off again in the summer. The city's first splash pad officially opened on Friday. It replaces the Novembrino complex, which closed in 2011.

The old pool was named after Richard Novembrino, a city controller in the late 1980s. His wife Roseann took the job after his passing, and she was a big proponent of the splash pad.

Their granddaughter Tara is now able to bring her daughter here.

"This is something my grandma really wanted to revitalize and have it open, and she would be very proud to see this," said Tara Carey.

The splash pad was announced in 2016, but construction didn't start until 2020.

Lori Colwell and her daughter Liliana live in Taylor and used to go to the splash pad in Dunmore.

"That was nice, but it was a drive getting on [Interstate] 81. This one here is closer, and it seems a lot bigger, and I think we're gonna get more use out of it," said Colwell.

Plenty of people got the use out of it on this sunny afternoon. It's not every day you see both a state senator and a mayor walking through a splash pad.

"Well, it feels great, for man reasons, both because it's a warm day, and because this has taken many, many years to come to fruition. Many administrations in the city have worked on this," said Scranton Mayor Paige Cognetti.

Mayor Cognetti says there will always be someone at the splash pad for first aid, and the Scranton Fire Department has offered to help out when needed.

The park will be open Wednesday through Sunday from noon to 6 p.m.