The building that housed one of the largest employers in Lackawanna County is being torn down to be replaced with something new. 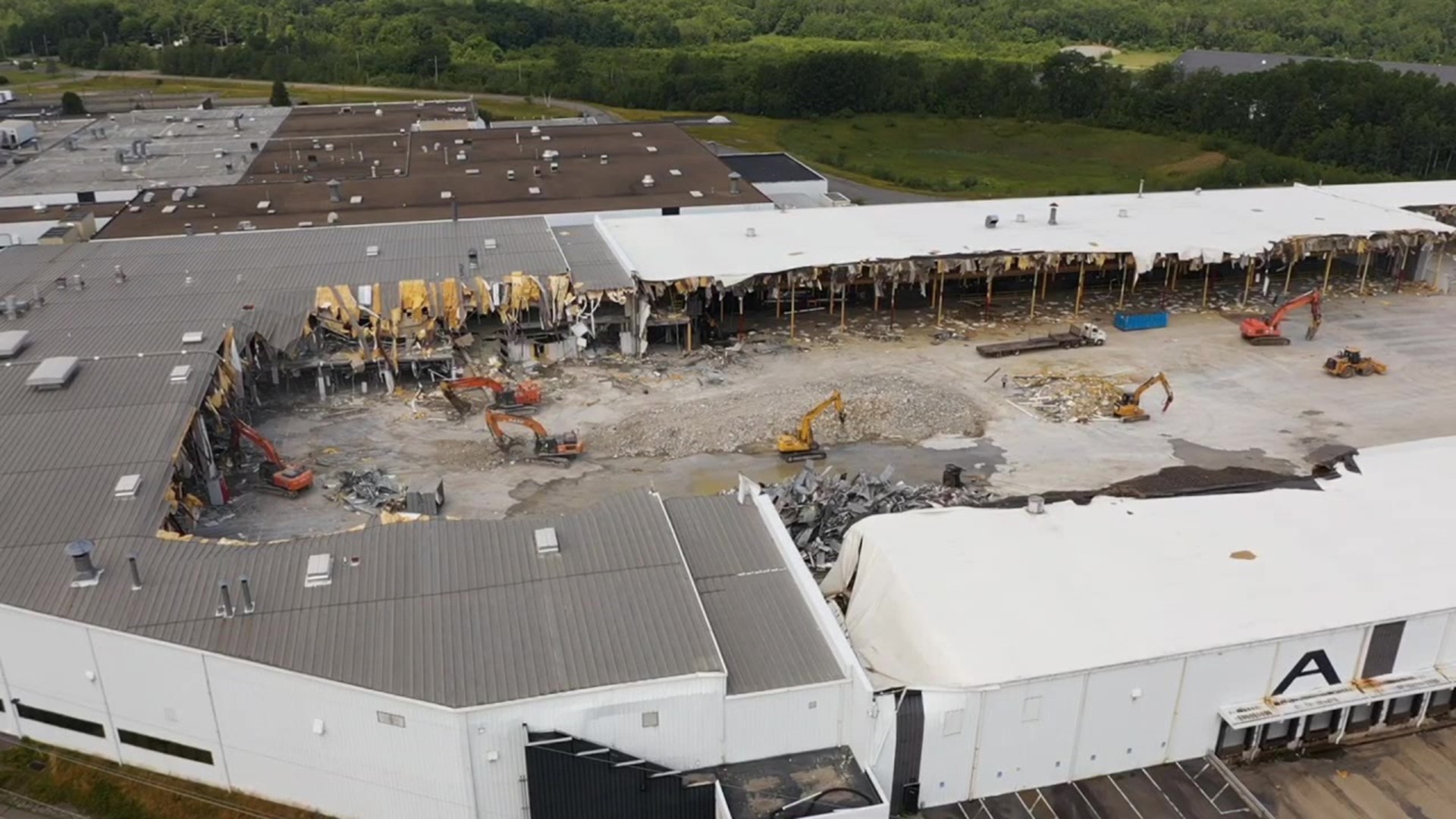 OLYPHANT, Pa. — Demolition began Tuesday on the building that once housed Specialty Records in Olyphant.

Skycam 16 shows the roof of the warehouse has been removed already. Construction crews are taking apart the structure piece by piece.

For years CDs and DVDs were made here.

The business operated under several names – first, as Specialty Records, then as WEA Manufacturing, then as Cinram, and then finally as Technicolor.

At one time, it was one of the largest employers in Lackawanna County, but the workforce was much smaller by the time it finally closed it closed in 2018.

Published reports indicate that the plant was purchased by a holding company back in May which plans to build its own facility.

It's unclear right now what the new facility will be used for or when the demolition will be complete.