Some second-dose vaccine clinics go on, others delayed

The state is still playing catch-up after last week's discovery that hundreds of thousands of second doses were given as first doses. 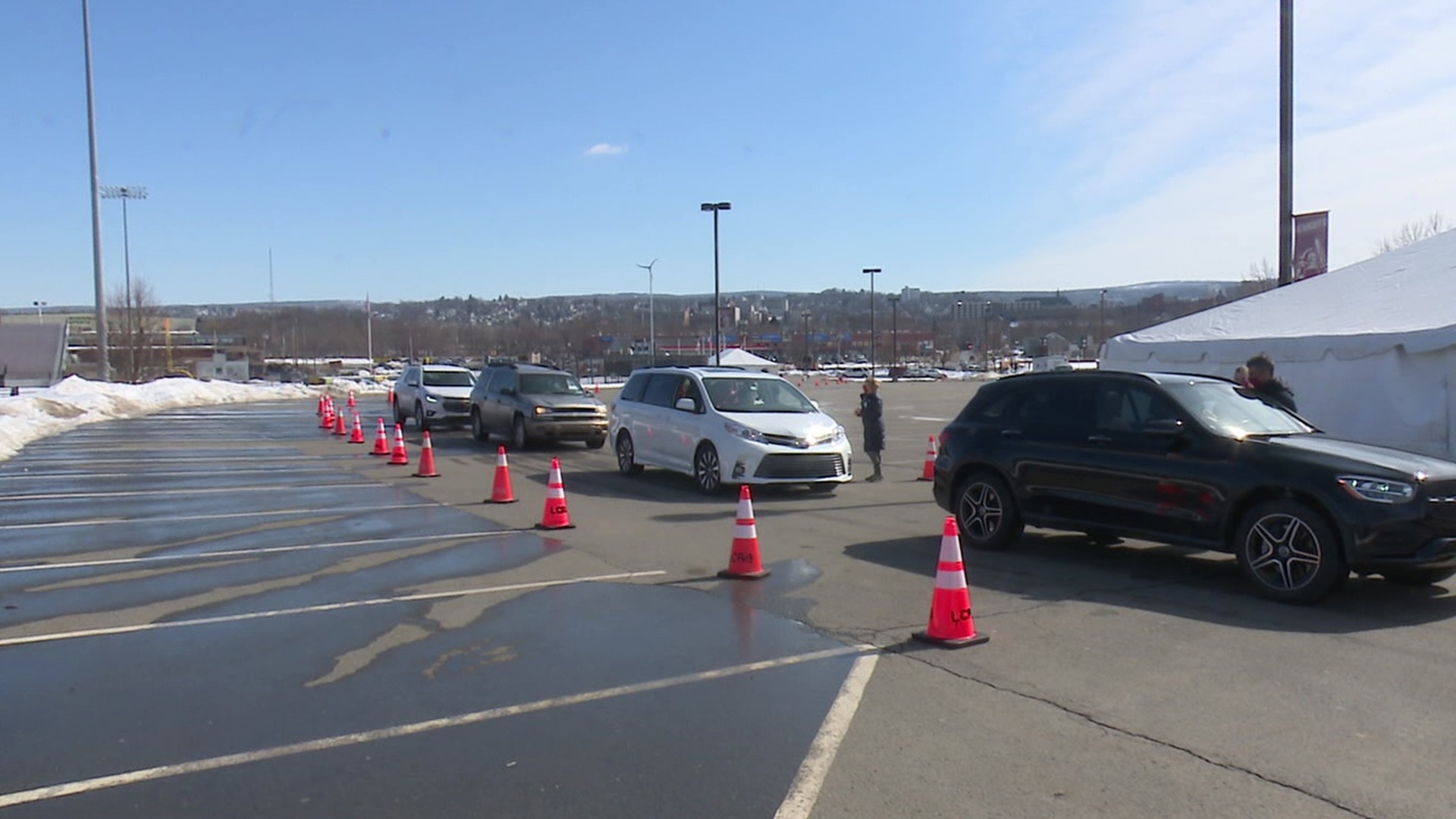 SCRANTON, Pa. — Spirits were high outside Scranton High School all day long. But it wasn't just the sunshine that was boosting moods.

Over the last couple of days, more than 300 people got the call that the vaccine clinic, hosted by The Prescription Center in downtown Scranton, would still go on, even after the state sent patients into a panic last week when it announced it was short on second doses.

"Because I'm figuring, jeez, I got a week to go, and I haven't heard anything yet. With all these different things that are going on, not having enough supplies, I didn't think I'd make it in time. But I got the call yesterday," said Joe Portanova, who received his second dose on Friday.

"We had to communicate with 320 people in a matter of just a couple of hours and let them know that you know we did receive them, and obviously good news spreads pretty quickly," said Mike Ruane, a pharmacist at the Prescription Center.

Employees from the pharmacy spent the day giving out vaccines, and party favors, because for the people here who received their second shot...it really did feel like a party.

"They're overwhelmed. They're very excited. People keep making the same comment, 'I can't wait to have my life back,'" said Ruane. "I don't know if we have our lives back quite yet, we've got a long way to go, but we're certainly making progress here."

But unfortunately, not every provider has received the number of second doses it needs just yet. Hometown Health Care in Covington Township had to postpone its clinic planned for Saturday until March 13.

"There's a backlog of second doses, so we received the second doses that were due to be administered the week before," said Allyson Favuzza, co-owner of Hometown Health Care of NEPA. "We honestly didn't know if we were gonna have to postpone the clinic until just this past Wednesday when we received our second dose allocations, and we knew for sure that we were not going to receive the whole order this week."

1,000 people are set to get their second shot at the upcoming clinic.

Fortunately, the CDC says the vaccine is still effective up to 42 days after the first dose. Hometown Health Care says it's hopeful the state will send enough shots in time.

"Right now, we are being guaranteed to receive those doses within the 42-day window. We do not have the shipping label in our hand yet, so obviously, we are kind of nervous about that," said Favuzza.

Providers remind people not to shop around for their second dose because you'd effectively be prolonging the supply scramble.