LACKAWANNA COUNTY, Pa — They say April showers bring May flowers, but as he put down mulch at a home in Old Forge, landscaper Anthony Angeli says this sea... 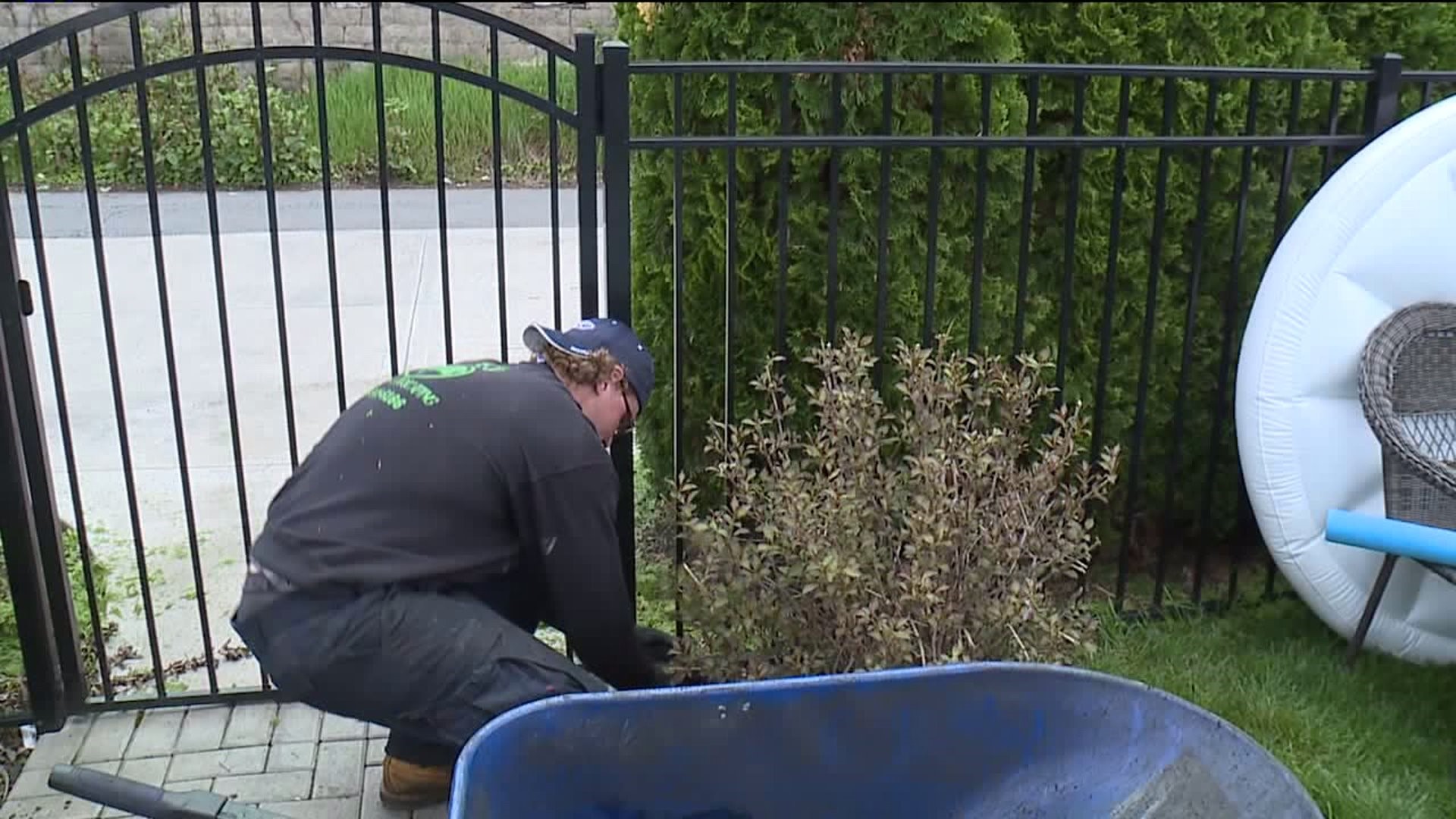 LACKAWANNA COUNTY, Pa -- They say April showers bring May flowers, but as he put down mulch at a home in Old Forge, landscaper Anthony Angeli says this season has been anything but rosy so far.

"I'm set back about two, two and a half weeks right now. I work 10, 12-hour days here just trying to beat the rain and the weather," said Angeli.

Angeli owns A's Lawn and Landscaping in Moosic. He says that even with two crews out daily, the rain we've had makes it hard to keep up.

"Especially with these bigger jobs, they take me five, six, seven hours to do. And I can only do so much in a day, so it really, the weather plays a big factor in my jobs," he added.

But this weather isn't just hurting local landscapers. It's also hurting their suppliers.

"We had a very, very slow week of the first start to May. It's not easy when you are up against days like this where it's cooler and there's a lot of rain. There's too much mud," admitted Brian Mushel, who manages Justus True Value in Scott Township.

Justus True Value supplies mulch and other landscaping necessities to both professionals and people who take care of their own yards. Mushel says you may want to hold off on planting your garden.

"It's still early. There's a lot of time. There's still three weeks before Memorial Day. Don't rush the season, you know, it will happen. The weather will turn, it will dry out," said Mushel.

But with the Stormtracker 16 team calling for heavy rain later in the week, those landscapers may have to wait a little longer to complete those jobs.