Smaller crowd for 'Battle of the Bell' in Scranton

A recent change in state guidelines meant the school district could issue tickets for 20 percent of the stadium's capacity. 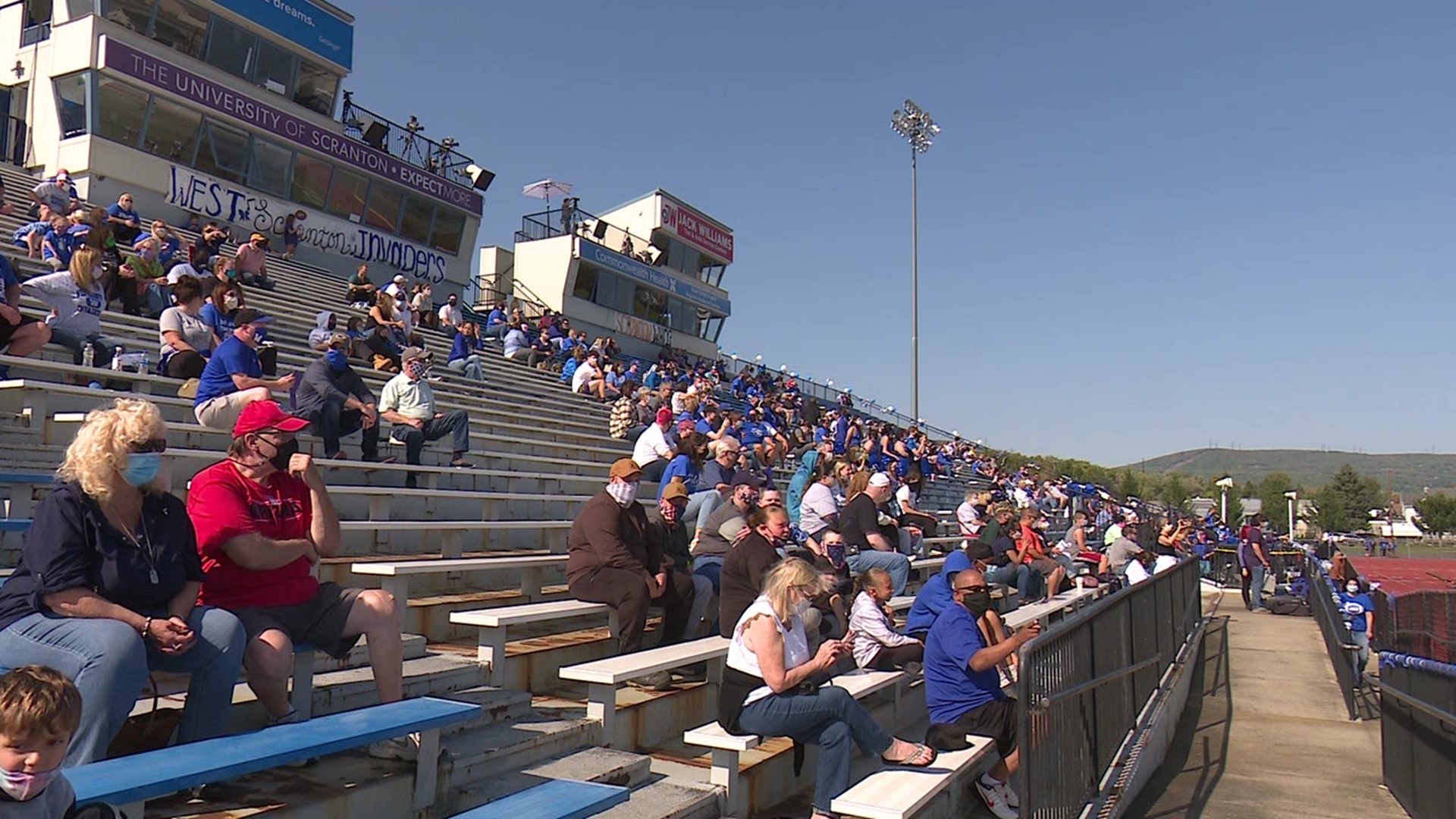 SCRANTON, Pa. — The Battle of the Bell is the annual showdown between the Scranton High School Knights and the West Scranton Invaders.

It's a tradition for high school football fans in the Electric City, and a rite of passage for the students.

This bell game would be unlike any other.

But some things didn't change.

The students for each school made the best of the bell game in the age of coronavirus, cheering from the stands wearing masks.

Until this past week, it was unclear whether fans would be able to be here at all.

A recent change in state guidelines meant the school district could issue tickets for 20 percent of the stadium's capacity.

"So, we're excited to have the fans in the stands and the parents to be able to come out. Both bands, both cheerleaders," said Ted Anderson, Scranton High School Athletic Director. "Everybody's wearing their masks, social distancing, it's great for the game to have the atmosphere back."

Though the stands looked sparse with the socially distant crowd, it was a slice of normalcy that fans say they needed, no matter who you rooted for.

"Everybody has to have a ticket, no concessions. We're going with all the CDC guidelines and the school district guidelines so I think we'll have a safe day."