SCRANTON, Pa. — Owners of independent pharmacies say they are being shortchanged by Pennsylvania’s Medicaid system. Pharmacy owners say their profit... 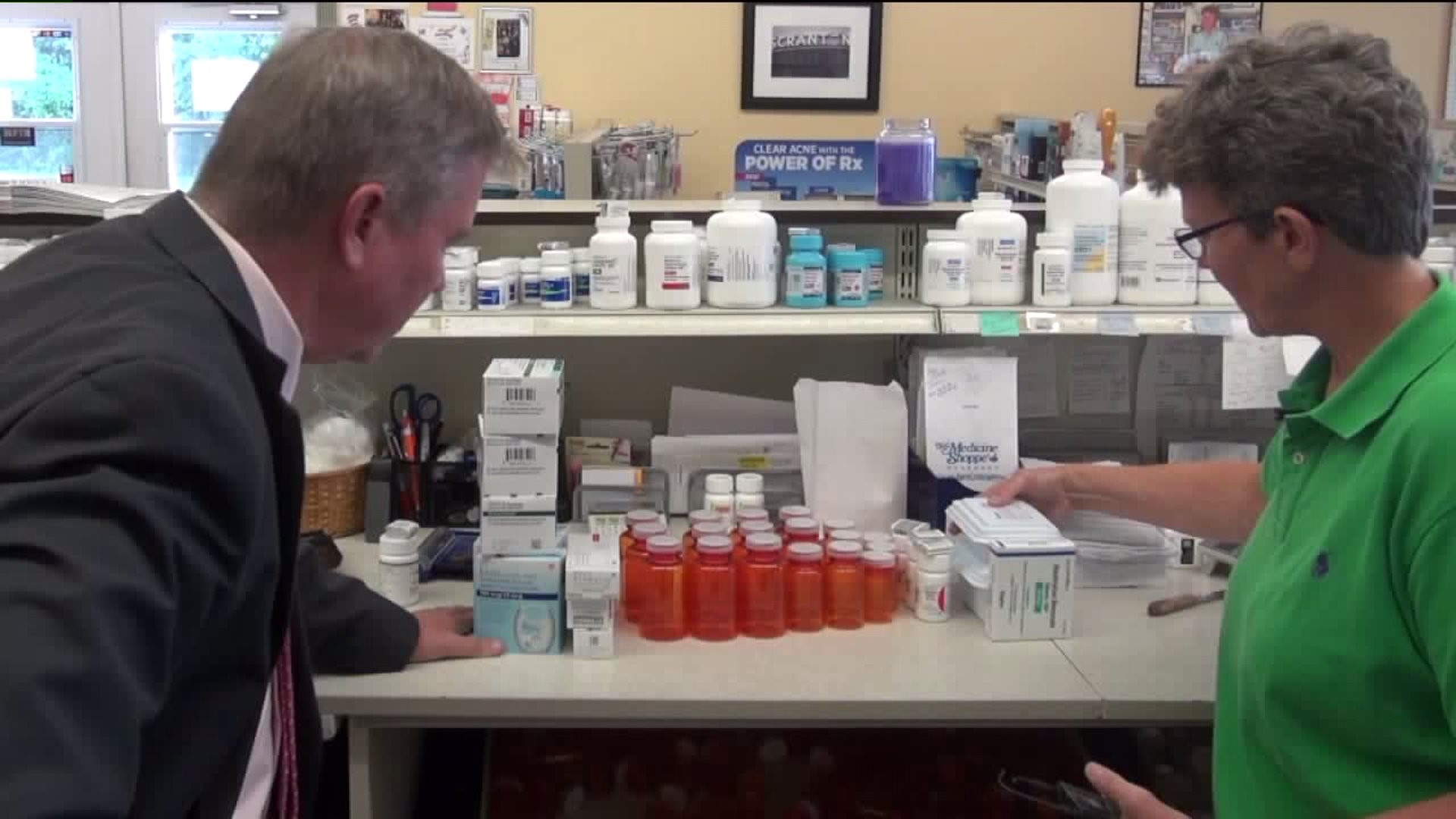 SCRANTON, Pa. -- Owners of independent pharmacies say they are being shortchanged by Pennsylvania's Medicaid system.

These pharmacies say this could force them out of business.

At the Medicine Shoppe on Pittston Avenue in Scranton, co-owner Lyn Ruane just went over the monthly bills. She saw red, as in red ink.

Ruane says all independent pharmacies get less money from Medicaid through the Geisinger Health Plan, which accounts for 40 percent of her customers.

In June, Geisinger Health Plan and its pharmacy benefit manager MedImpact, filed a plan with the Pennsylvania Department of Human Services that changed the formula for refilling prescription drugs and reimbursing pharmacies.

"We're pulling our hair out trying to fill prescriptions and take care of our customers, and losing money at the same time," Ruane said.

Filling prescriptions became tougher because pharmacists now must refill with a 90-day supply instead of a 30-day supply.

In the case of a Medicine Shoppe customer with 11 prescriptions, it shows that patient's last 30-day refill netted the pharmacy a $267 profit. In contrast, the new 90-day bill left the pharmacy with a $715 loss.

"It's a matter of time before we go out of business," Ruane said.

"I believe we have a window of a year and a half to try to get something meaningful done," said Pennsylvania Auditor General Eugene DePasquale. "Because if this momentum continues in a negative way, most of our independent pharmacists are simply going to be priced out of business."

DePasquale blames the lack of oversight on pharmacy benefit managers, or PBMs -- companies that negotiate Medicaid drug prices for insurers like Geisinger and others.

DePasquale tells Newswatch 16 that PBMs are now a $3 billion a year industry in Pennsylvania and their deals filed with DHS are private.

"This is one of the few areas of state spending that is actually where I am barred from auditing," DePasquale said.

"Pharmacy benefit managers are the advocates for consumers and health plan sponsors in the fight to keep prescription drugs accessible and affordable.  PBMs have been able to achieve an overall stable cost trend for prescription drugs by innovating consumer-friendly, market-based tools that encourage competition among drug manufacturers and drugstores."

Geisinger emailed us this statement:

"At Geisinger Health Plan (GHP), we believe that offering a 90-day supply of prescription medications greatly benefits our members because it saves them money and is more convenient.

"Our goal has always been to provide better care for our members, and medical literature has shown that prescription adherence improves when patients/members have a 90-day supply on hand. The program can also have financial benefits for members by potentially saving them up to eight copays per year. Even with the program’s many advantages, members and prescribers can request an exception to the 90-day supply requirement and there is an established process in place where pharmacies can receive an exception for non-compliant members."

But independent pharmacies say that other than red ink, there is nothing in this Medicaid reimbursement program for them.

The state Department of Human Services sent us a statement:

"Pharmacies must address payment issues directly with the entity they contract with. DHS does not have access to contracts between pharmacies and pharmacy benefit managers. However, DHS’s agreement with the Managed Care Organization  (Insurer) requires the MCO to have a secondary dispute process for the pharmacies.  The pharmacies can appeal pricing disputes first with the PBM, then with the MCO."

Ruane and others believe if the policy doesn't change soon, mom and pop pharmacies will go out of business and patients will lose their neighborhood independent pharmacies they've gone to for decades.