Fast-falling snowfall caused some traffic problems in the Electric City on Monday. 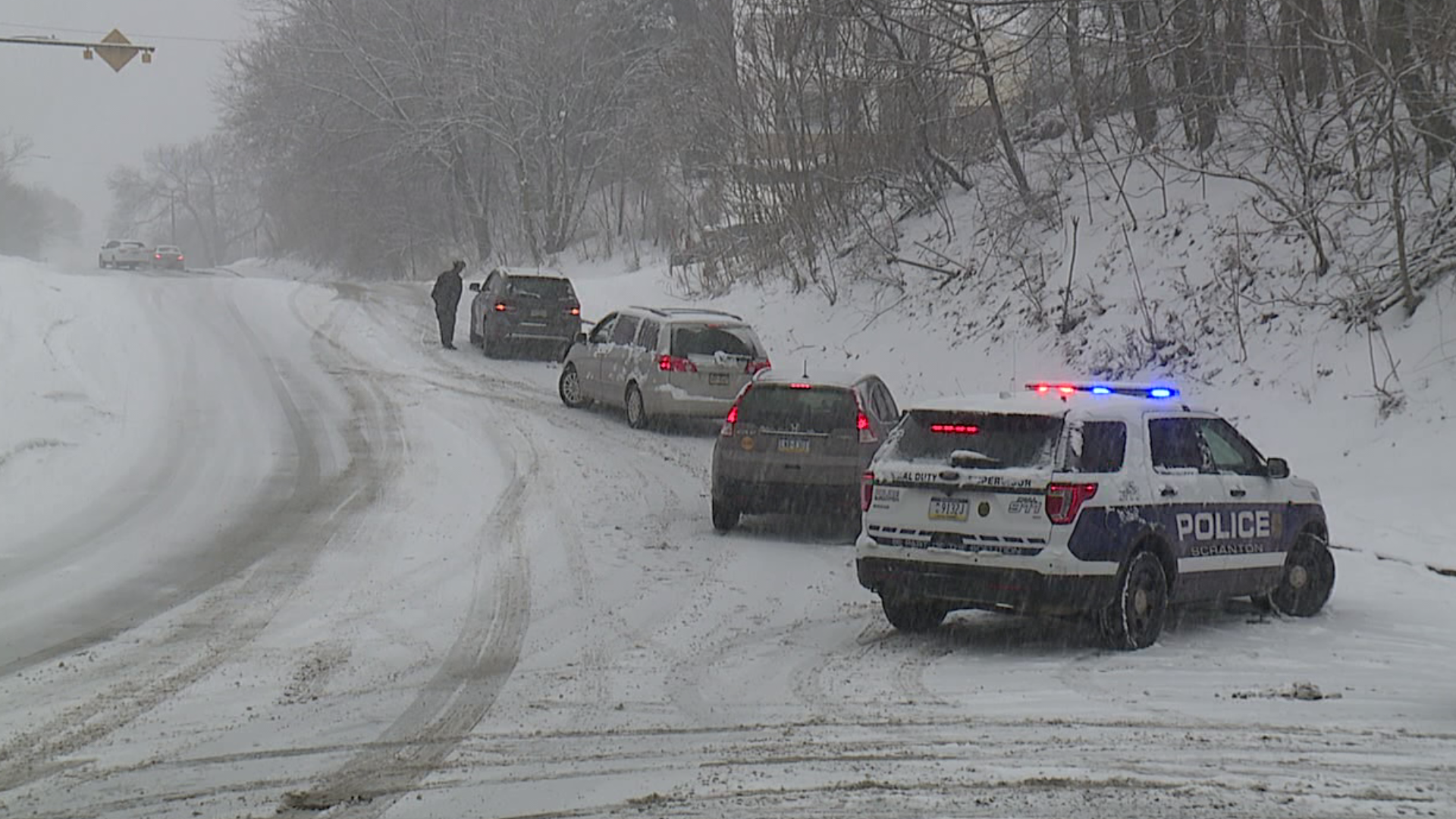 SCRANTON, Pa. — Just after noon, cars struggled to get up the hill on North Main Avenue in West Scranton. Police worked to direct traffic on the spot. No one was hurt, but the messy roads tied up traffic there for about an hour.

The snow fell fast in Scranton, covering the surface of the roads in less than an hour.

Mike Nally of Greenfield Township took a respite at Sheetz on North Seventh Avenue after a tricky trip on Interstate 81.

"They're slippery, slushy, I see PennDOT's out there, but they're shutting down off-ramps," he said around 1:00 pm Monday.

This month, just about every Monday, has seen a snowstorm, and though snow totals were smaller this time around, this storm still had plenty of headaches.

"I'm looking for spring, but that won't be around until April, I think!" Nally added.

Mike Milewski of Milewski Towing and Recovery on Washburn Street told Newswatch 16 his crews struggled just to get to the crashes they were dispatched to.

"One problem we're having today is with traffic out there and the road conditions, getting to the calls. We're asking motorists to please be careful out there, stay in if you could, and slow down and move over for emergency vehicles, including plow trucks, and give everybody room," Milewski said.