‘Slavery to Waverly’ Tells Story of Man’s Escape from Slavery

SCRANTON, Pa. — The story of a man’s journey from slavery to freedom in our area is being performed in Scranton. It’s all part of the celebrat... 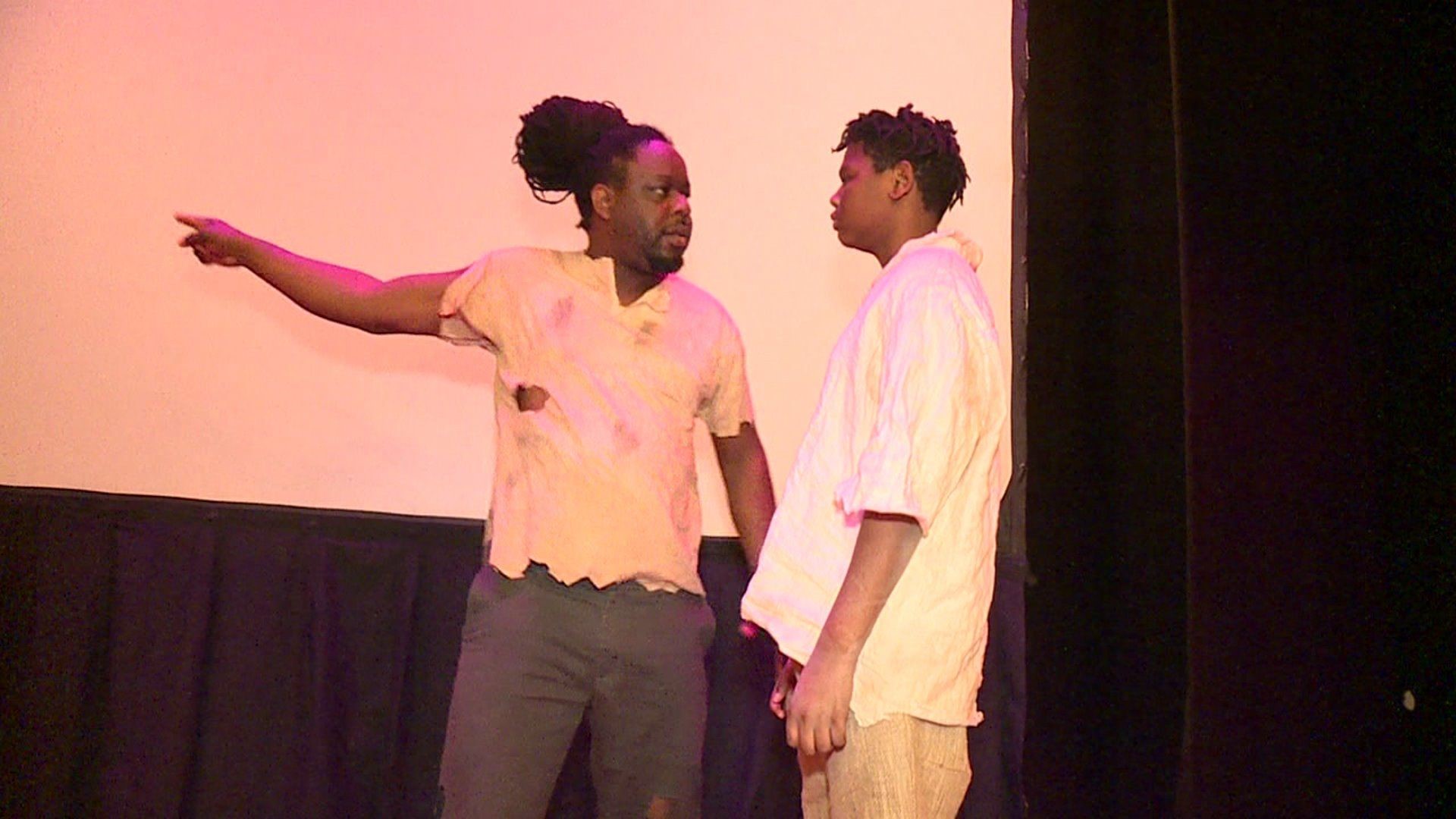 SCRANTON, Pa. -- The story of a man's journey from slavery to freedom in our area is being performed in Scranton. It's all part of the celebration of Black History Month and the Underground Railroad's role here in northeastern Pennsylvania.

The actors and actresses put the finishing touches on their final performance inside the Scranton Cultural Center.

"Tell 'Em: One Man’s Struggle from Slavery to Waverly, PA" tells the story of a slave fleeing from the south and heading north to live as a free man in Lackawanna County.

"This is real. This is real life. This is what happened, and we bring it to you in a way that's truthful, but it's not meant to offend. It's meant to inform," said director Latoya Martin.

The story is based on Sandra Burgette Miller's family history.

"They said 44 slaves came to Waverly in 1844, and of those was my great-great-grandfather," said Sandra Burgette Miller of Scranton.

Through songs and poems as well as dances, the play written by Burgette Miller shows the struggle African-Americans faced including taking the Underground Railroad to Lackawanna County.

Burgette Miller tells Newswatch 16 most of the actors and actresses are family members.

"I have been working on it for several years, and I always wanted to show everything that I found from the genealogy, and I just feel great gratitude that I am able to share all of our history."

Amirah Rawlins of Allentown is one of the dancers in the play and tells Newswatch 16 she has learned so much even during the performances.

"It's definitely shocking because, of course, I know slavery was a thing, but when you learn about it in-depth, it actually surprises you, and it definitely helps you get into the emotions and the feeling of the play," said Rawlins.

"Tell'em: From Slavery to Waverly" begins its final show at the Scranton Cultural Center Saturday at 7:30 p.m.