SCRANTON — The widow of a slain state police trooper has filed a civil lawsuit against the parents of the man who killed him. Tiffany Dickson, the wife of... 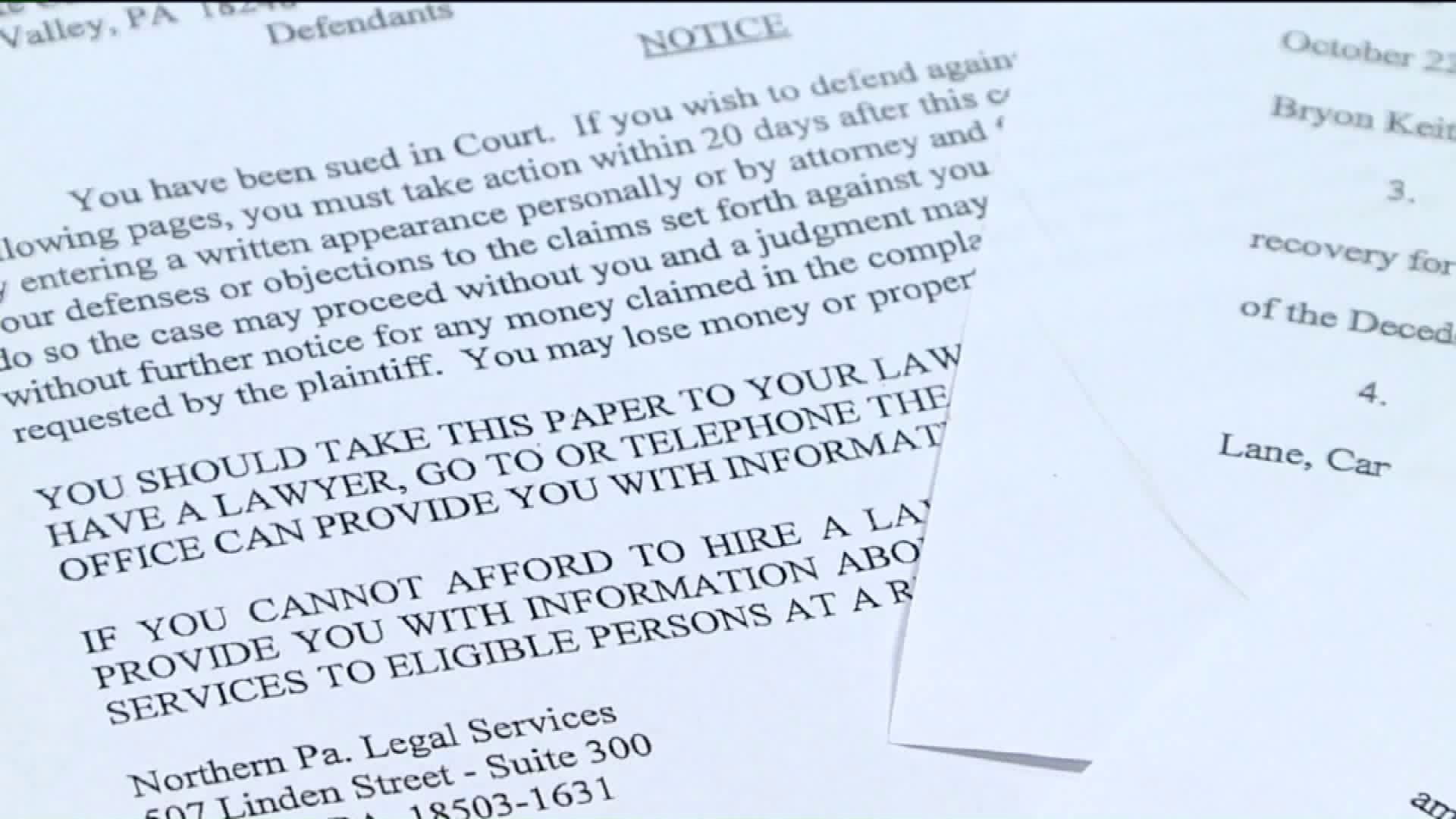 SCRANTON -- The widow of a slain state police trooper has filed a civil lawsuit against the parents of the man who killed him.

Tiffany Dickson, the wife of Cpl. Bryon Dickson, alleges the parents of Eric Frein knew he hated law enforcement and provided him access to firearms.

Now the widow of Bryon Dickson wants to hold Frein and his parents accountable for her husband`s murder.

In a civil wrongful death lawsuit that Tiffany Dickson filed at the Lackawanna County Courthouse, she alleges that Eugene and Deborah Frein psychologically manipulated their son into developing a hatred for police and that Frein, acting on that hatred, ambushed the Blooming Grove Barracks in September of 2014.

The lawsuit accuses the Freins of being aware of their son`s anger toward law enforcement and giving him access to firearms.

While Zero is not connected to the Frein lawsuit, he handled a similar civil suit where the parents were held responsible for enabling a crime committed by their son.

At the home in Canadensis where Frein lived with his parents, his mother firmly denied knowing her son would take out his anger in this way.

“Of course not, if we knew he was going to do such a thing we would have stopped it, we had no idea,” said Deborah Frein.

Deborah Frein says they do have an attorney.

Tiffany Dickson's lawsuit is being handled by the Munley Law Firm here Scranton.