Six People Left Without a Home After a Fire in Scranton

SCRANTON, Pa. — Six people are displaced after a fire tore through their apartment building in Scranton. Fire officials tell Newswatch 16 the fire sparked... 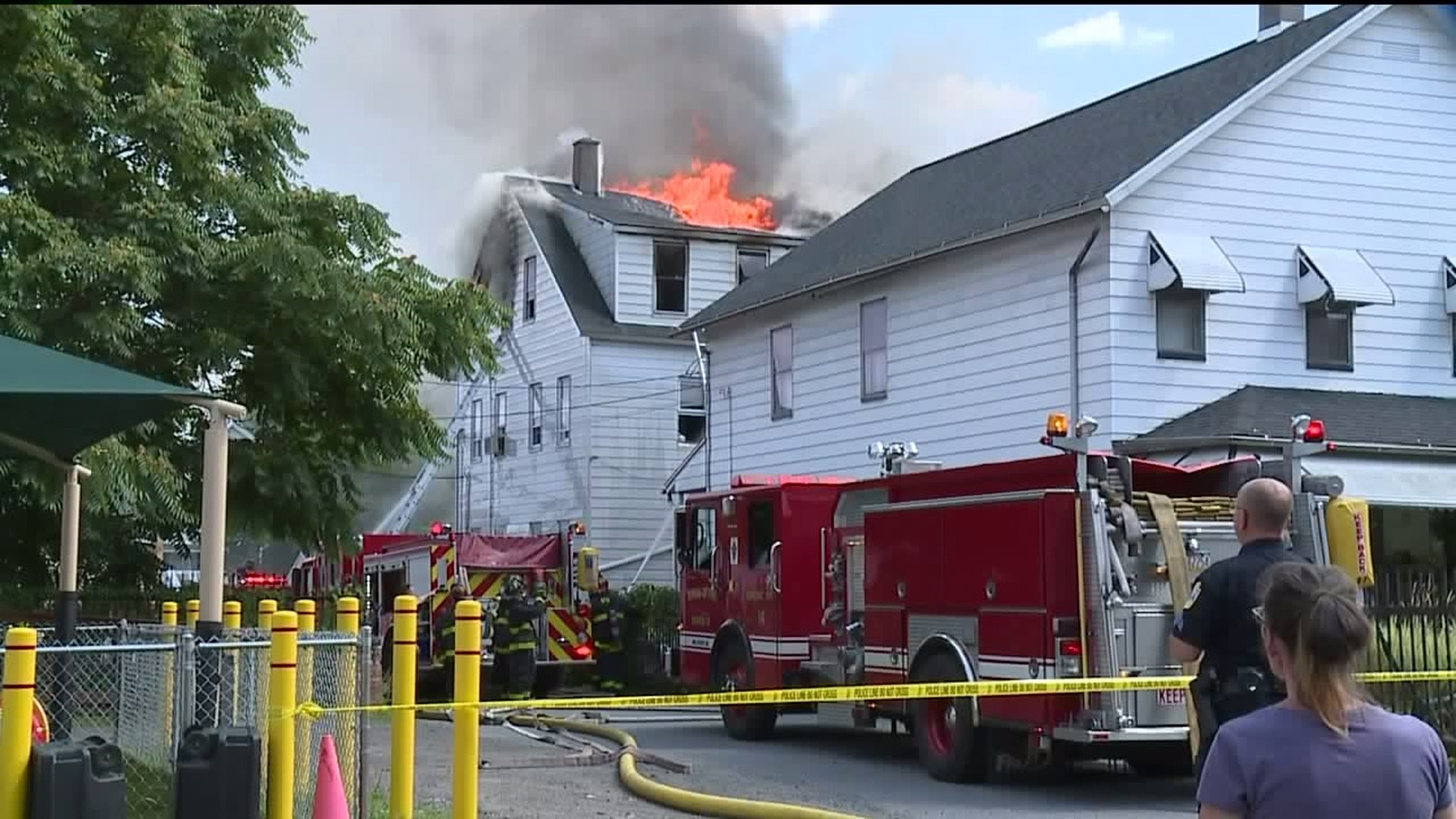 SCRANTON, Pa. -- Six people are displaced after a fire tore through their apartment building in Scranton.

Fire officials tell Newswatch 16 the fire sparked just before 2:30 p.m. Sunday along Oliver Place on the city's west side.

There is extensive damage to the building.

Smoke billowed from the roof while crews worked to put out the flames.

Everyone was able to get out safely but they had to act fast.

A couple living inside one of the apartments say they ran out with just the clothes on their backs.

They did not even have time to put shoes on their four-year-old daughter.

"I heard somebody banging on the window telling me to get out because there's a fire. So, I couldn't figure out what window it was, so I opened the door for the porch because they were banging on the emergency exit and I saw the fire," said Nellie Vasquez.

Scranton Assistant Fire Chief Jack Davis tells Newswatch 16 all three floors of the home were occupied at the time of the fire.

Six people now have no place to stay and are being assisted by the Red Cross.

Neighbors say their homes also had some damage including melted siding and fences.

The cause of the fire is under investigation.