SCRANTON — Fifth-graders in Scranton have been making friends with people 50 years their senior using a method that some might say is obsolete. At first g... 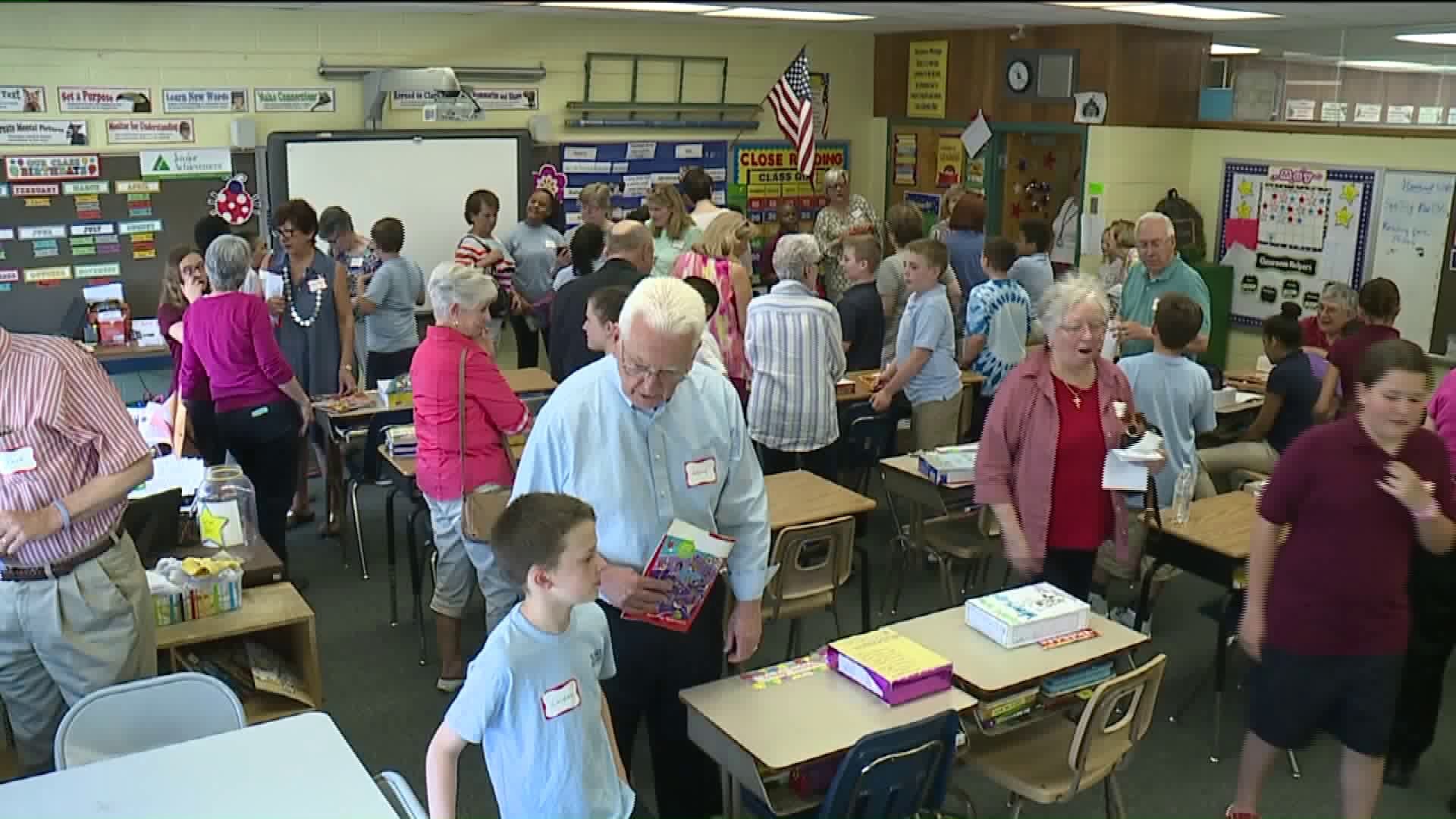 SCRANTON -- Fifth-graders in Scranton have been making friends with people 50 years their senior using a method that some might say is obsolete.

At first glance, you might think these fifth-graders at Charles Sumner School in Scranton invited their grandparents to class.

But these pairs are strangers but also friends who have been getting to know each other the entire school year through letters.

Knowing only each other's first names, they shared their lives.

Holden Cravetts, age 11, was surprised to learn someone he had so much in common with was a generation older than him.

"This year, I had somebody who was involved in sports and I've always been in sports. I used to teach health and PE, and I'm involved in so many different sports," said pen pal Jane Farr.

The pen pals are arranged through the Voluntary Action Center. Dozens participate in the project across four Scranton schools.

"I think that maybe once we get to our age, we don't really realize what it's like to be a kid anymore and it's a lot different than it was when I was in elementary school. So, it's fascinating to see the whole thing," said pen pal Nancy Post.

Meanwhile, the kids learn what their pen pals call a lost art: paper, envelope, and snail mail, a method of communication these kids say has its perks.
"Because they can save it," said fifth-grader Sincere Murray. "They can save the paper instead of texting."

"Like, it's different, writing somebody than texting and calling," added Holden.

When so much of our communication is through a screen, the pen pals say it's nice to get back to basics.

"Writing is a lost skill, people don't write thank you notes, we don't write letters, and this helps, I think, a little bit, to get kids into the habit of writing a letter," said Post.

And these pen pals are receiving more than just mail.