One Dead, Two Hurt in Shooting in Scranton

SCRANTON, Pa. — Bullet casings scattered across the street and blood splattered on storefronts were some of the things investigators in Scranton were look... 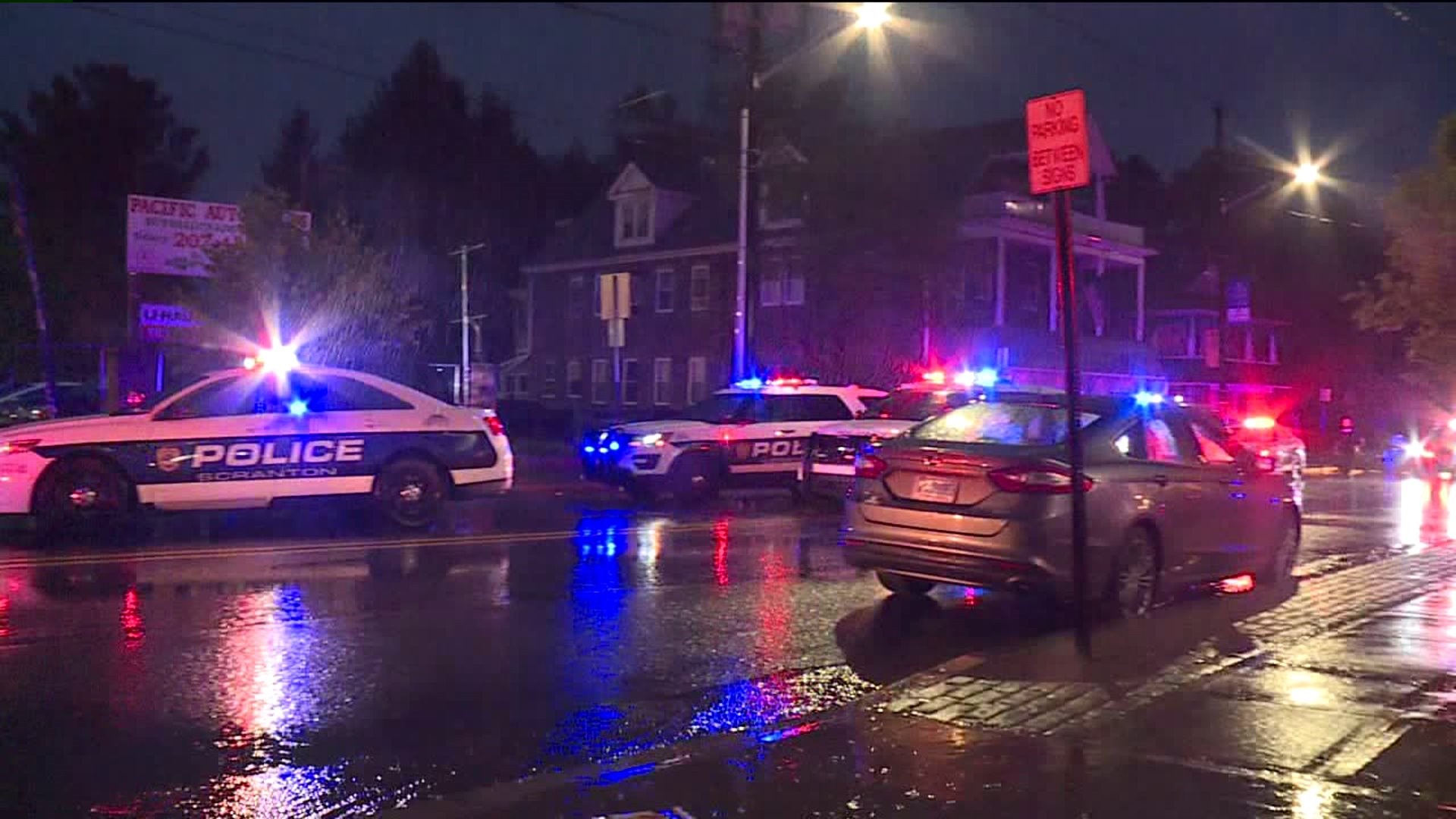 SCRANTON, Pa. -- Bullet casings scattered across the street and blood splattered on storefronts were some of the things investigators in Scranton were looking at after a deadly shooting.

Police say that shooting happened around 5 a.m. Sunday on North Main Avenue. The people involved came from inside The Castle, an after-hours club nearby.

"It woke me up out of my bed. I heard about seven gunshots approximately, and then I thought I was dreaming, and I got up and looked outside, and I saw sirens and ambulances and a whole chaos going on," said neighbor Michael Perez.

Police say three men were shot and went to the hospital. One has died. One is in critical condition. The third was hit in the shoulder and is expected to survive.

The Lackawanna County coroner identified the man who died as Parker Palermo, 20.

People who live near the after-hours club tell Newswatch 16 violence stems from it on a regular basis, and they hope something can be done to end it.

"Every other weekend there's something going on here, either a fight or gunshots, and it's out of control. There's kids here. There's families here," Perez added.

Police and the district attorney's office are investigating the shooting.

People who live near the club say, regardless, they are looking for a new place to live.

"I moved out of New York City to get away from this, and here it is up here following me, so you know, the cops are doing what they can, but I have to look out for my safety," said Perez.

Newswatch 16 asked for comment from The Castle, but the person who answered the phone declined.

The investigation is still underway. If any charges come from the shooting, police expect they would be filed Monday at the earliest.

At this point, it's unclear if The Castle will be able to stay open or be forced to close if it's determined to be a nuisance bar.

CORRECTION: Investigators initially told Newswatch 16 the man who fired the shots was working as a security guard for the club. Scranton police later determined he was not working security at the time of the shooting and was just visiting the club.