Zodi Oprisko, 32, of Scranton, was arraigned at Scranton Police Headquarters four days after a shooting in Scranton’s downtown. 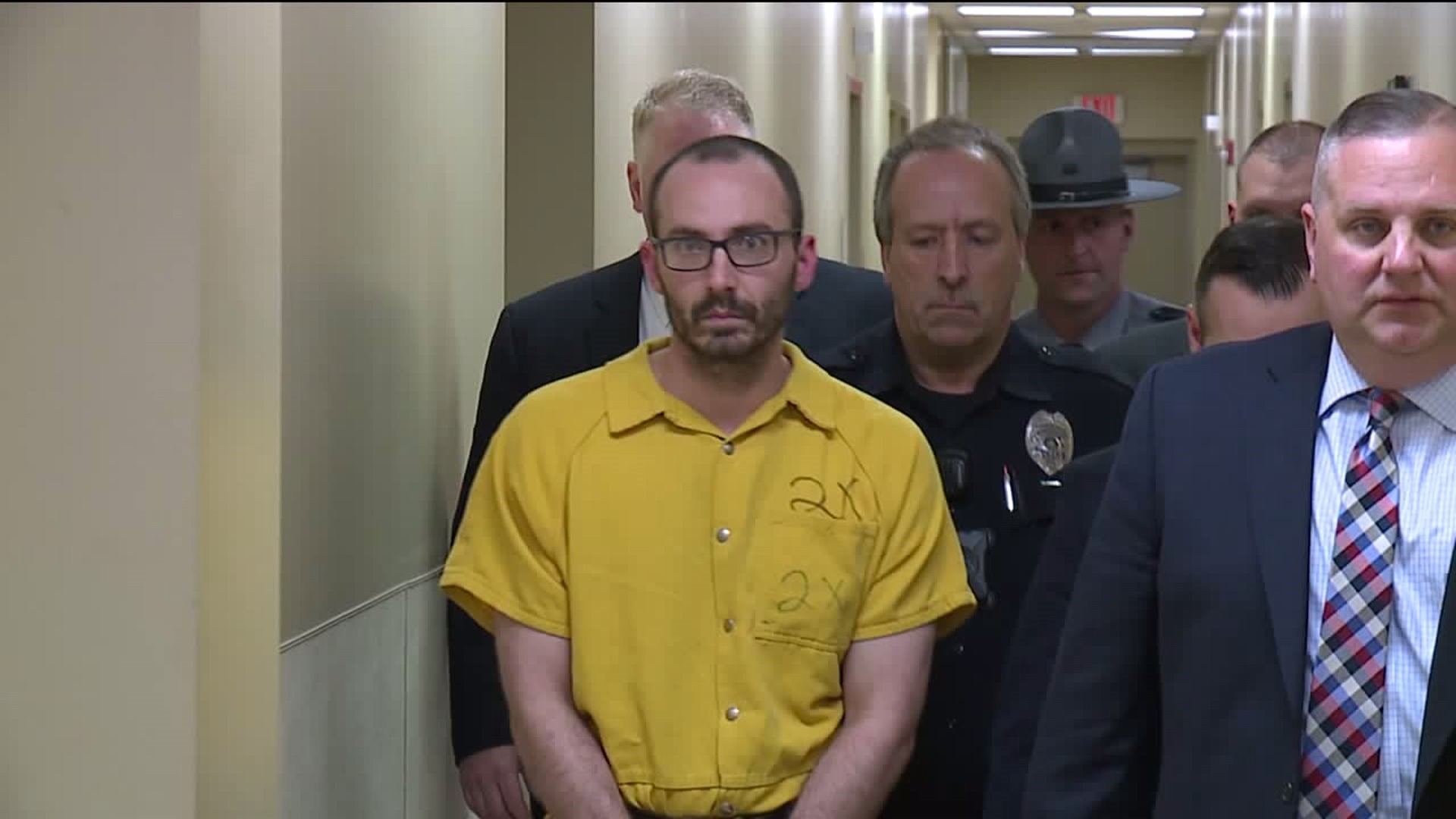 SCRANTON, Pa. -- The suspect in a shooting last week in downtown Scranton is now charged with attempted homicide.

Zodi Oprisko, 32, of Scranton, was arraigned at Scranton Police Headquarters four days after a shooting in Scranton's downtown.

Oprisko is accused of that shooting, in which 20-year-old Len Floyd was hit in the face.

Oprisko is also accused of being involved in another shooting on that same day last week, and a third incident in which he held his girlfriend at gunpoint.

According to court papers, the first incident happened early Thursday afternoon. Oprisko shot at a vehicle on Interstate 84 in Lackawanna County near the Interstate 380 split. Neither the vehicle nor the two people inside were hit.

Court papers show the second incident happened a short time later in Scranton's downtown. Len Floyd was the passenger in a vehicle driving on Mifflin Avenue. He was shot in the face. His family tells us he has since had several surgeries, is doing well, and staying positive.

The next day on Friday, Oprisko allegedly held his girlfriend at gunpoint and then stole her car.

"You can see in how violent this individual was within a 24-to-48 period that this truly was a danger to the public," Graziano said.

Scranton police eventually located his car and Oprisko was taken into custody Friday night for a separate incident involving terrorist threats and theft. He is now charged with several crimes, including four counts of attempted homicide.

"We will do whatever is in our power to work with the D.A.'s office to ensure that proper justice is served in this case," said Capt. Peter Gutowski, Pennsylvania State Police.

Oprisko was arrested in 2007 for aggravated assault and spent six years in jail.

At his arraignment, the judge said because of the nature and randomness of the crimes, Oprisko was denied bail.