SCRANTON, Pa. — Police are looking for whoever shot a driver in Scranton Thursday. 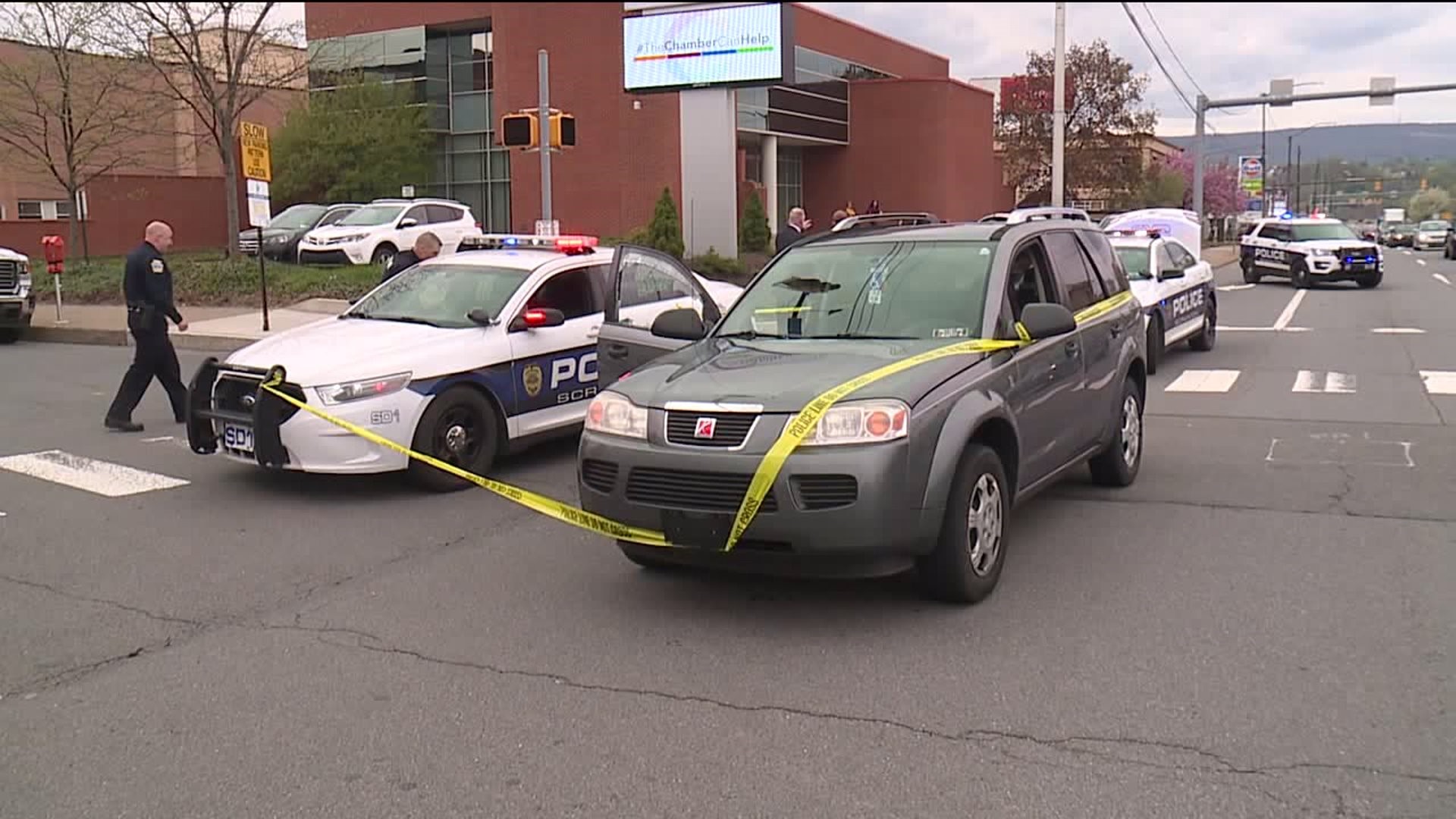 Scranton Police set up a crime scene at Mulberry & Penn. The SUV in the picture has a broken window and there is blood on the ground. A work crew says the driver pulled up to talk to the officer who was doing traffic control. The passenger appeared to be shot. @wnep pic.twitter.com/LrgoXYWH7F

SCRANTON, Pa. -- Police are looking for whoever shot a passenger in a vehicle in Scranton Thursday.

Scranton police say a passenger in a vehicle was shot in the face Thursday afternoon. The driver drove down Mulberry Street looking for help and wound up at a construction site.

A Scranton police officer was parked at Mulberry Street and Penn Avenue blocking traffic for a crew putting in a new gas line here around 1 p.m. An SUV pulled up to the patrol car and the officer says the passenger had a gunshot wound to the face.

Scranton Police Capt. Dennis Lukasewicz was in a patrol car blocking traffic at Mulberry Street and Penn Avenue when he looked out his driver's side window and saw an SUV's passenger window smashed, and the passenger inside bleeding.

"I was just sitting there working for the construction company as the vehicle next to me pulled up and the driver inside said that the passenger had been shot," said Capt. Lukasewicz.

Capt. Lukasewicz says the man had a gunshot wound to his face and was taken to the hospital.

Officers set up a crime scene next to the construction site and then the SUV's driver led them a few blocks away to Mifflin Avenue. The driver told officers this is where the shots were fired.

Police have one block of Miffline Avenue right in front of St. Mary’s Center & Dunkin’ Donuts blocked off to traffic. @WNEP pic.twitter.com/uH93ygJvuI

"I did think it was an accident, and then I saw so many police cars and policemen and they're wrapping the car with tape, and I was like, 'this is not an accident,'" said Suzy Jones.

Jones was shocked by what she saw when she stepped out of her office building.

"I was going to lock the doors in front of the Chamber (of Commerce), I was thinking if somebody was loose, but it was scary. very scary."

Police believe the shooting is an isolated incident, but they are still looking for the suspected shooter.

"We're trying to determine exactly where it happened, what took place, and find out who was involved in this," said Capt. Lukasewicz.

Police tell us they believe the shooter was driving a gold or silver Honda Civic. They tell us the victim is in critical condition, but they have not released his name.