SCRANTON — Seven men are now charged with a widespread sex abuse scandal in the Lackawanna County Prison. According to court papers, they used their roles... 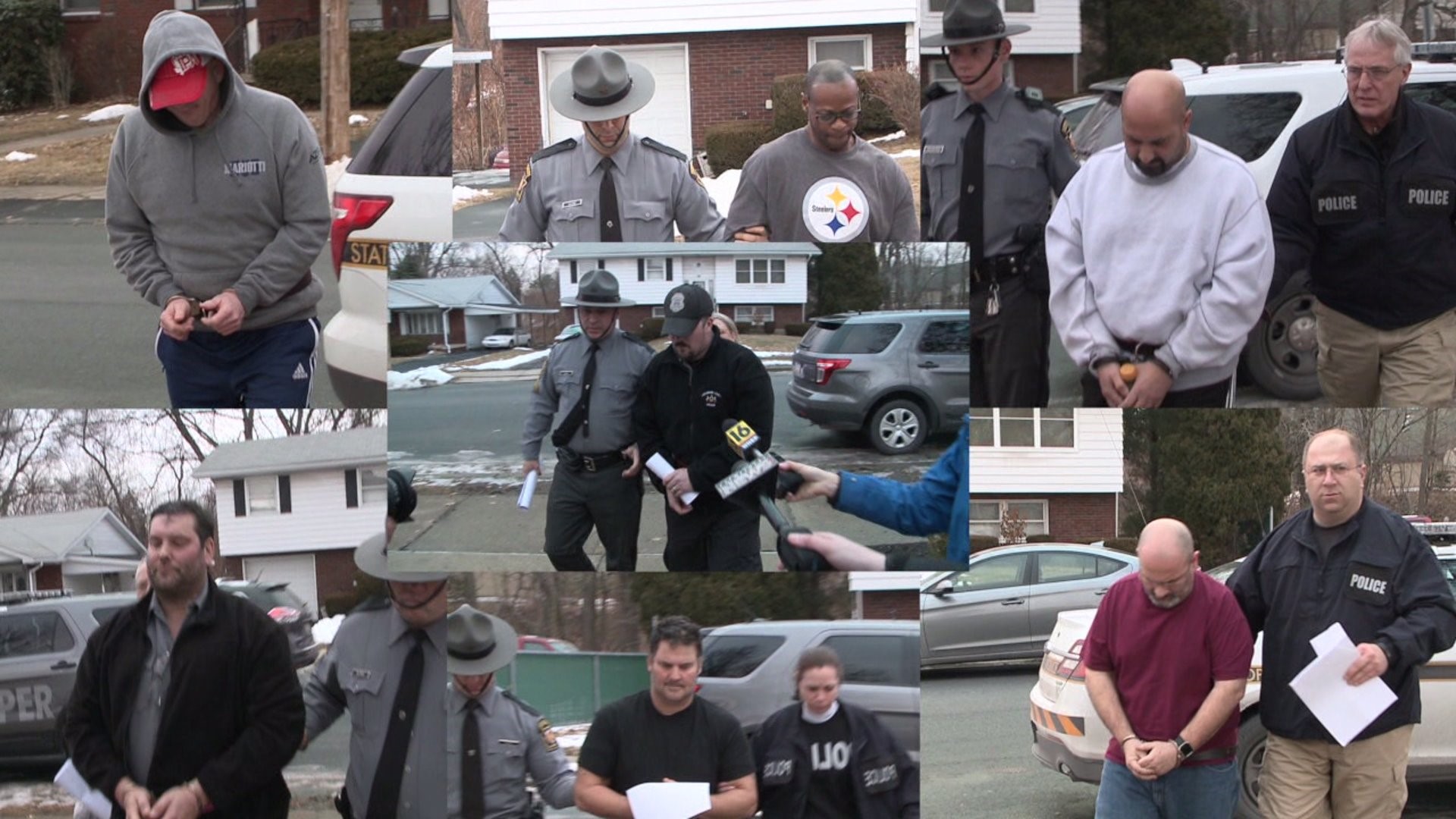 SCRANTON -- Seven men are now charged with a widespread sex abuse scandal in the Lackawanna County Prison. According to court papers, they used their roles as corrections officers to force female inmates to perform sex acts.

John Schnipes, a former Archbald councilman who resigned from the prison in 2013, is facing the most serious charges. He's accused of sexually assaulting several females dating back to 1998, giving them cigarettes among other things in exchange.

According to court papers, after one assault one victim "...felt so ashamed and disgusted, she attempted to commit suicide by hanging herself in her cell."

"These allegations are made by people with very little credibility, if any at all, and they're motivated by, they're seeking a payday,” said Robert Trichio, John Schnipes' attorney.

Mark Johnson is accused of providing female inmates with heroin and cocaine in exchange for sex.

One inmate testified before a grand jury that Johnson "…made her give him oral sex while he was smoking crack in the closet."

Paul Voglino, George McHale, George Efthimou, and Jeffrey Staff are all accused of the same, using their roles as guards to assault female inmates.

James Walsh has been accused of the same. His attorney says he looks forward to defending him.

"I know him as a previous district attorney as an individual who had to work in law enforcement over at the jail for a decade and I would describe him as a family man and an upstanding person in the community,” said Chris Caputo, attorney for James Walsh.

Court papers describe a culture of covering up sexual abuse within the prison, indicating other employees knew about the assaults but kept quiet.

A lawsuit has been filed in connection with alleged sexual abuse.

"I mean I think the charges are trumped up. I really do. I understand a grand jury was convened down in the Norristown area and the AG's are looking to make a splash back up in this area, but to me, based on the evidence that I know and the information that I know, these charges are simply not credible,” said Bernie Brown, who is representing Staff, Johnson, and Voglino.

The seven men are free on bail until their next court appearance on February 23.