Serving up kindness at dinner at Frank's Place

The restaurant in Simpson is giving out free dinners, and now others are spreading acts of kindness, too. 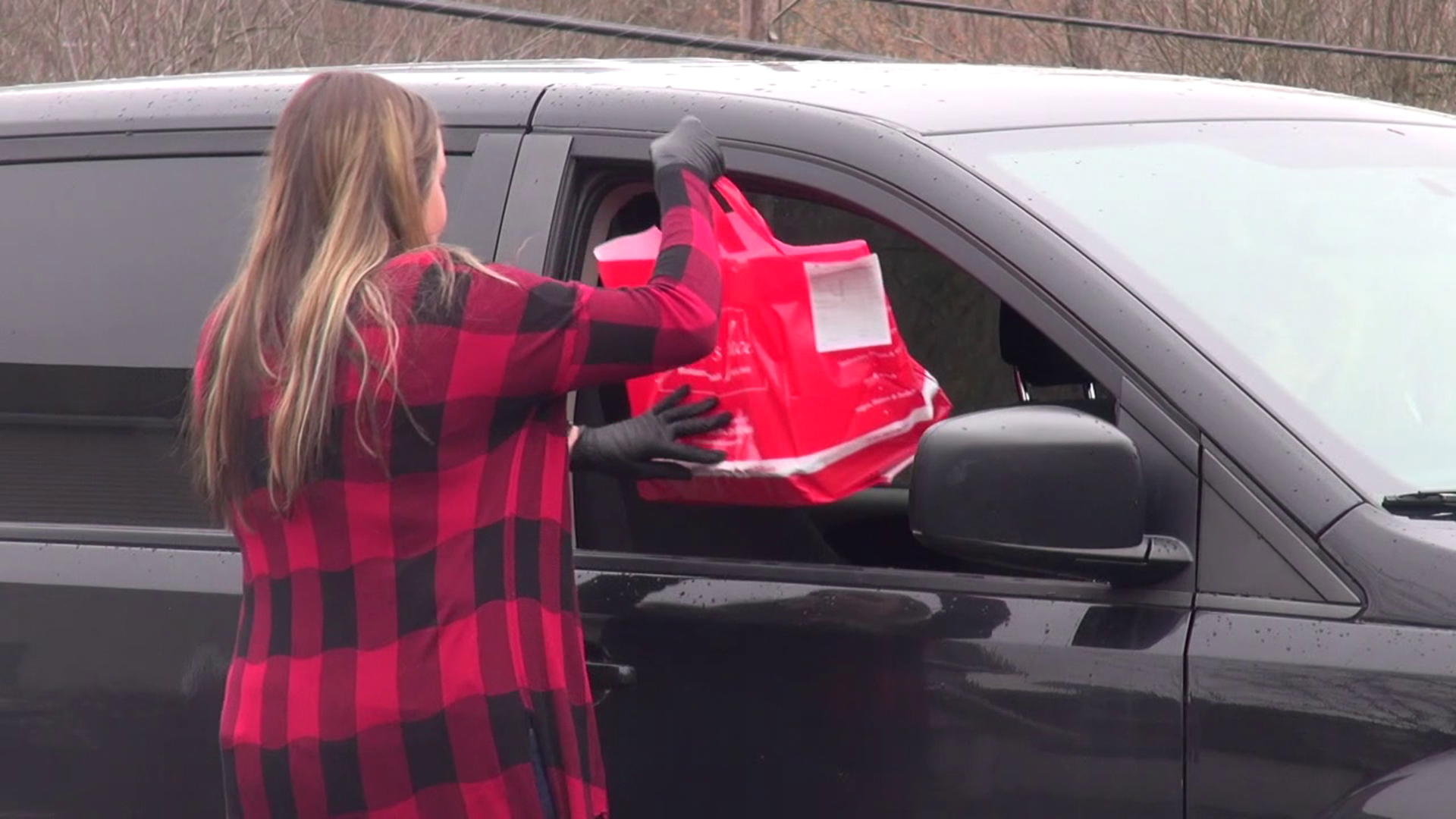 SIMPSON, Pa. — In the kitchen, it looks like any other normal day at Frank's Place, but the empty dining room sends a whole different message. Frank Cerminaro wasn't expecting any of this to happen, but he wasn't going to let food go to waste.

"I had excess pasta. We had 200 pounds of pasta there. I said 'eh we'll just make some sauce and meatballs and give it away' and next thing you know, we're scrambling because we went through 400 pounds that day," he explained.

Frank posted on Facebook over the weekend that anyone in need of a hot meal could come to pick it up at his restaurant in Simpson, no questions asked, other than how many people in the family need to eat.

Now days later, the demand keeps getting higher, so employees at the restaurant, keep packing up dinners and serving them for free.

"I'm just overwhelmed by how many phone calls we're getting. The phone has not stopped ringing for hours at a time," said Angela Ingrassia.

She has been a server at Frank's Place for nearly eight years, and with her job at a daycare closed down, she's back, now giving back.

"This place got me through high school through college. It's awesome to be able to give back to this place and our community that's helped me get through so much of my life," Ingrassia said.

Others have been helping too, donating money and to-go boxes, all to make the dinner donation process work.

"Frank's Place isn't just a restaurant. It's a home to us. Family members, the customers. They come here and eat, and my dad greets them every day," said Frank's 17-year-old son, Lucca.

"People are saying 'hey I got two neighbors, two older people, can't get out of the house.' So next thing you know, there's four different meals going in one car, so that's 16 people we're helping," Frank said.

Employees at Frank's Place say they will keep the dinner donations going every day for as long as they can and need.