The senator made the announcement Monday morning in Scranton. 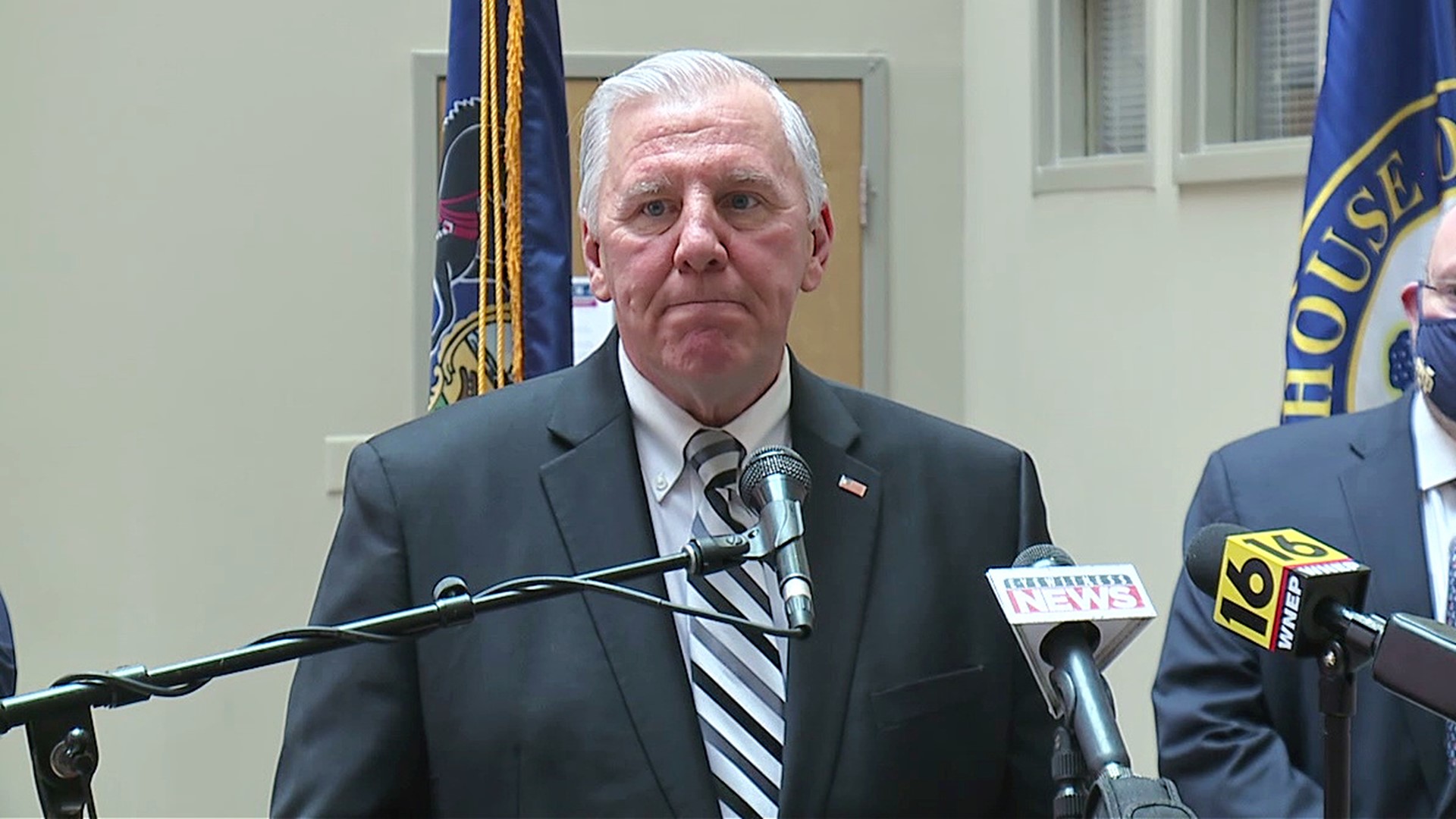 SCRANTON, Pa. — A state senator who represents our area has decided to go work for U.S. Rep. Matt Cartwright.

With his future boss, U.S. Rep. Matt Cartwright, behind him, State Senator John Blake announced that he is stepping down from elected office to work for another elected official.

"It has been a very difficult and emotional decision for me. I have served the 22nd District for more than a decade. I've given ten years of my life to the office and the people of the district, and I have been privileged and honored to serve," Sen. Blake said.

Sen. Blake represents the 22 District, which includes Lackawanna County, as well as parts of Luzerne and Monroe Counties.

Sen. Blake was a little less than two years shy of finishing his current term and told reporters at a news conference that he and his family had already decided he would not seek reelection in 2022.

Blake said his early exit and new job working for Congressman Cartwright's regional office in Scranton will mean he can spend more time at home.

"When the congressman called me about this opportunity, he said one thing is really, really important, and that is I get to go home to my wife every night. I don't have to go to Washington. I don't have to go to Harrisburg. Thinking about being down there three, four, five days post-pandemic just seemed untenable for me, so I'll be glad to be here and to go home every night.

A release from Rep. Cartwright's office says that Blake will "spearhead economic development initiatives across the Eight Congressional District."

Blake will begin his new role in Rep. Cartwright’s office on Monday, March 8.

Blake stepped out from behind the scenes in 2010 when he was first elected to the state Senate. He won reelection two more times, each time with more than 60 percent of the vote.

By stepping back behind the scenes, Blake feels he can make a difference.

"So I come back again to try to relate to you and ask your understanding and consideration of my logic for this decision. I think working for the congressman, we can do more."

Some constituents came out to wish the senator well and wondered who might fill Blake's position.

"It's a serious position, and hopefully, we can get someone in there who can rise to the challenge," said Scranton resident Frank McHale.

The parties will pick candidates to run in a special election to finish out the rest of Sen. Blake's term. The special election will likely be held on the same day as the upcoming Pennsylvania primary on May 18.