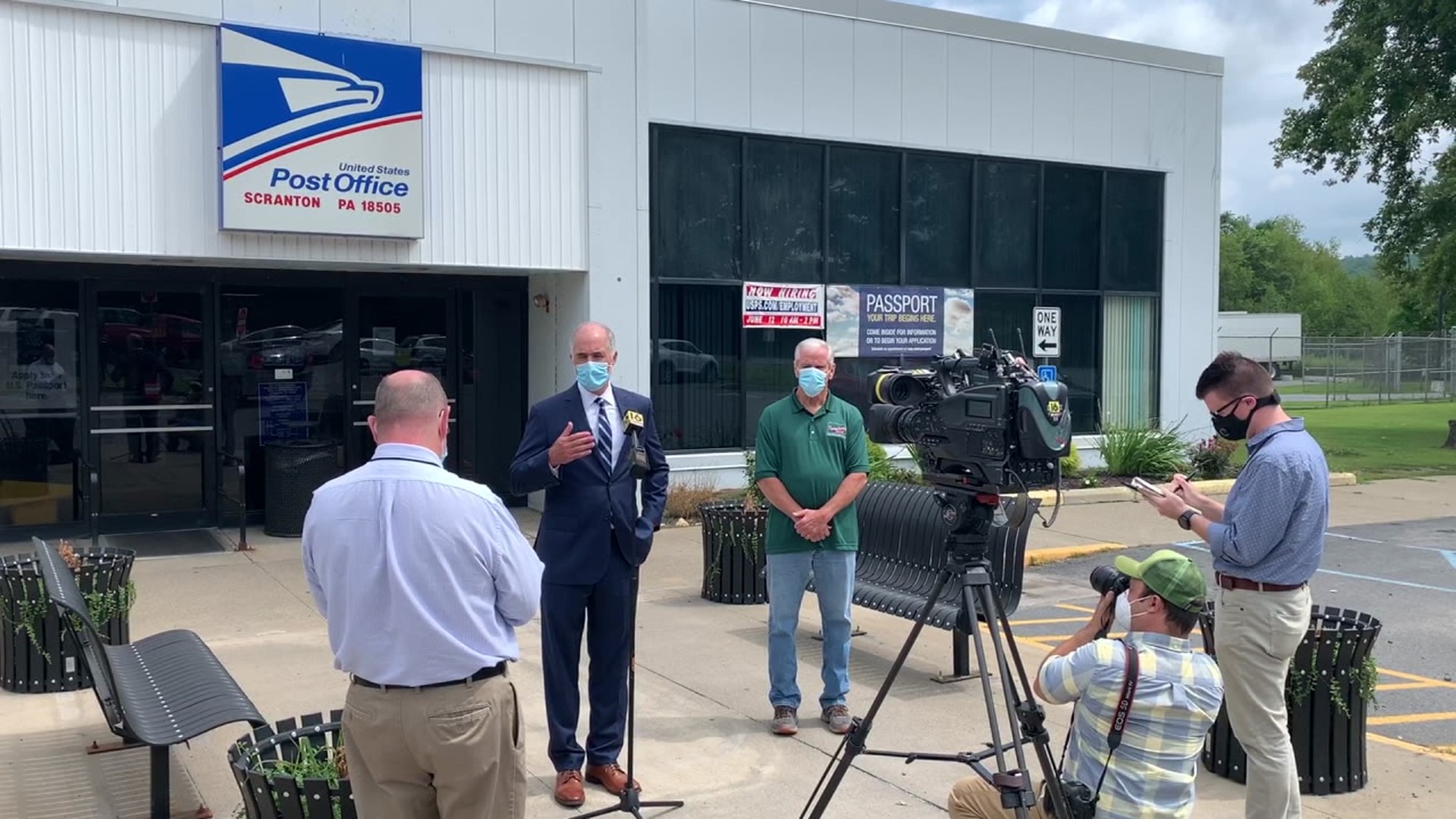 SCRANTON, Pa. — Across the country, all eyes are on the post office.

People are concerned about the mail piling up at facilities like this one, and what that might mean for mail-in voting in the upcoming presidential election.

"This is what some might call a five-alarm fire for democracy," said U.S. Senator Bob Casey.

United States Senator Bob Casey paid a visit to a post office in Scranton to see firsthand what postal workers and voters are concerned about nationwide: days-long mailing delays.

"Just in our office alone, in the last couple of days, 15,000 people have contacted our office about those kinds of delays," said Casey.

So did Kevin Gallagher, the vice president of the Pennsylvania Postal Workers Union.

But DeJoy and Republicans say the changes including limiting overtime and sticking to a tight schedule are designed to cut costs, and increase efficiency, and they're needed desperately now, to save the postal service from running out of money within the year.

Democrats claim the changes are part of an effort to suppress voter turnout in November.

"We cannot allow this to persist in the near-term on prescription drugs or any other important item you would get through the mail. But we certainly can't allow it to persist when it comes to voting," said Casey.

The Postal Union vice president we spoke to also says 3 of the 11 mail-sorting machines have been removed from this facility by the postal service, which he claims is further proof of DeJoy's efforts to make mail-in voting slower and more difficult.

But according to a document from the postal service, that plan was already in place back in May, a month before DeJoy took office, because of a nationwide decrease in mail volume.