SCRANTON, Pa. — U.S. Senator Bob Casey tells Newswatch 16 he is considering running for president. This comes after he just won his third term in the Sena... 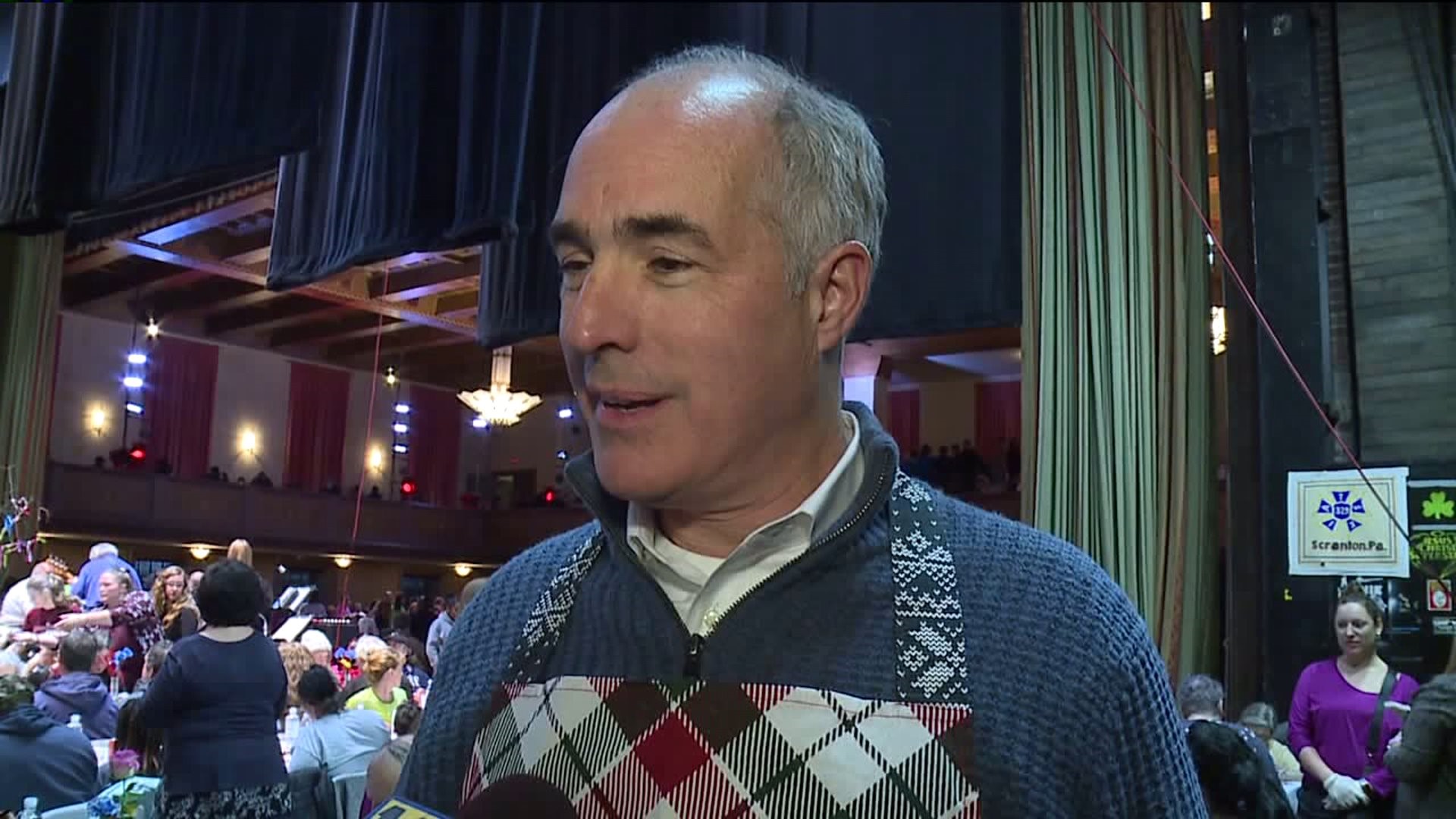 This comes after he just won his third term in the Senate by a big margin.

This may be senator Bob Casey's strongest wording yet about a possible presidential run.

Last week, he told a Pittsburgh TV station it's something he hasn't ruled out saying, "we'll see," but now Senator Casey told Newswatch 16 directly he is considering that run for president in 2020.

We caught up with the Democratic senator Tuesday night in his hometown of Scranton as he helped serve dinner at the Friends of the Poor's annual Thanksgiving meal. He's just coming off a heated campaign against Republican Lou Barletta.

Casey won a big victory over Barletta in the statewide race winning by around 13 percent, carrying him to his third term representing Pennsylvania in Washington.

There are a lot of Democrats considering a run for president and now we know Bob Casey is definitely one of them.

"Because of what's at stake for our country, because of what's ahead of us, anyone who can win a statewide election, I've won three Senate races in Pennsylvania, I think I have an obligation to consider it because of those stakes," said Sen. Bob Casey,(D) Pennsylvania. "This is a critical time. We have to make sure the nominee of the Democratic party wins Pennsylvania because you cannot get elected president if you cannot win Pennsylvania. I've shown I can do that. I've won by an average of 13 points over three elections, so it's something I'm considering."

Donald Trump won Pennsylvania in 2016. The Keystone State was a key to him becoming president.

Democrats did very well in Pennsylvania in the midterms winning the U.S. Senate, governor, and nine of the state's 18 congressional races.