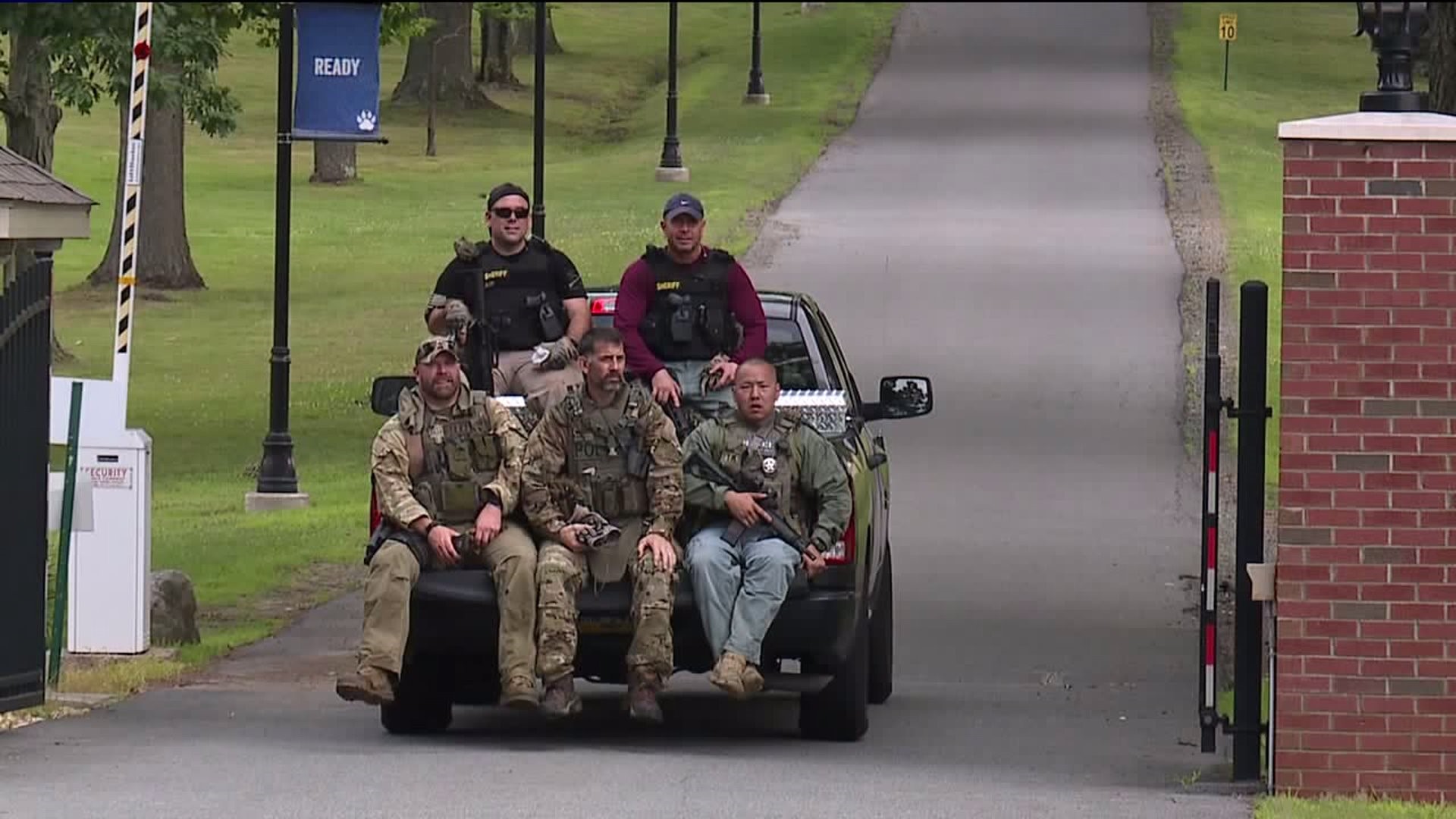 Federal agents first started looking for Christy about a month ago. He is wanted for making threats against President Donald Trump and against Northampton County's district attorney.

They began their search in June near Christy's home in McAdoo. That search led them to the Canadian border. Police believe Christy stole a pickup truck from his former employer, Hazleton Oil, last week. The truck was found near the Canadian border in upstate New York.

Then they say last week another vehicle was stolen in New York state near where Christy crossed the border. That car was found overheated near Clarks Summit.

The Scranton School for Deaf & Hard-of-Hearing Children also reported a break-in. Agents believe Christy broke into the school to steal food. They found some of that food in the woods near the school but did not find Christy.

"It seems to us that he's becoming more desperate by the day. He's allegedly now had two vehicle thefts, a burglary into this school. It's imperative for the Marshals Service to find him and keep the public safe," said Deputy Robert Clark, U.S. Marshals Fugitive Task Force.

U.S. Marshals tell Newswatch 16 they consider Christy to be armed and dangerous.

They do believe he is still in the area but they're just not sure where.

Shawn Christy remains a federal fugitive and is considered armed and dangerous. Anyone with information on his current location is asked to call the #FBI's #Allentown Resident Agency at 610-433-6488 or the U.S. Marshals at 877-926-8332. https://t.co/Vg1944AXqK pic.twitter.com/N4urSfBJ4M