KEYSTONE COLLEGE, Pa. — An artist from Luzerne County is hoping to track down the vandals who damaged one of her sculptures weighing nearly half a ton. Th... 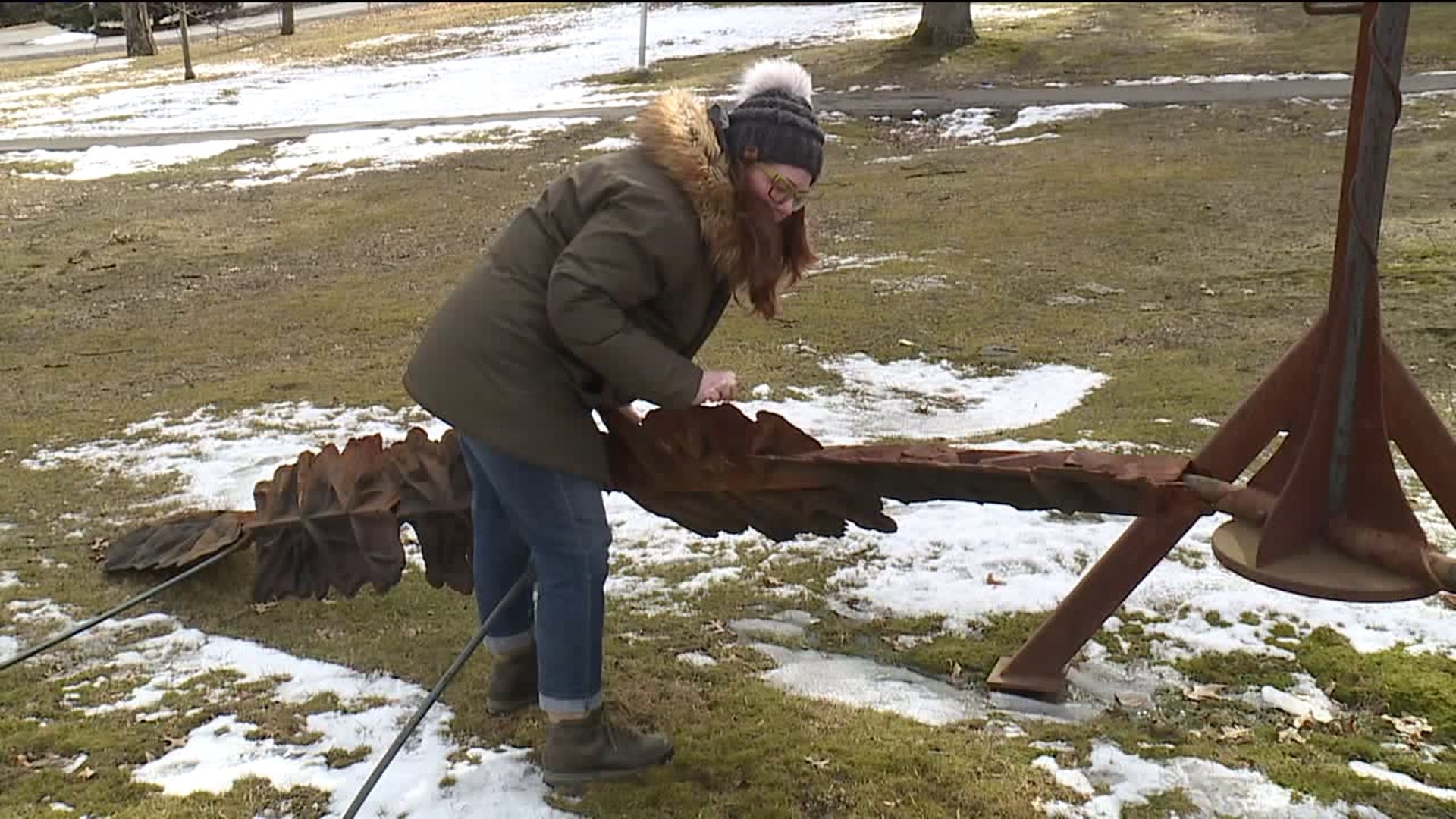 KEYSTONE COLLEGE, Pa. -- An artist from Luzerne County is hoping to track down the vandals who damaged one of her sculptures weighing nearly half a ton.

The sculpture has a home at Keystone College.

Sculptor Nikki Moser is getting her first look at her sculpture "Handshake Deal" after it was damaged about a month ago on Keystone College's campus near Factoryville.

"It completely feels like a gut punch, yeah," said Moser. "We work so hard to bring these things to the community and so many people work so hard. It's so hard to see it like this."

"This wasn't just somebody who was having a bad day. This was a team effort."

Keystone College officials say this happened around the night of February 11, but they don't know much more than that.

"We don't have any information," said Ward Roe, Dean of the Turock School of Arts and Sciences. "No one was seen doing it. There's no camera footage, and there were no tire tracks or anything, so someone didn't drive up here and do this with a car or anything."

The vandalism here is the latest in a string of damaged works of art.

In December, a sculpture at Marywood University was covered in paint.

In September, another iron piece on the Heritage Trail in Scranton was toppled over. This one was made by Moser's close friend.

"Whether it's mine or whether it's Vaughn's, I was just this teary when Vaughn's was broken, and Sister Cora's. You know, it's just really hard to understand the mindset of someone who is so angry or so frustrated that this where they choose to spend their energy," Moser said.

Neither of those cases of vandalism has been solved, so Moser doesn't have much hope that the people who did this will be caught.

It's making her wonder whether public works of art are a waste of her time.

"I don't want to stomp away and say, 'Well then, you get nothing,' but it's really hard to face this over and over again, and it's hard to say that this is where the value of my time belongs," Moser added.

As discouraging as this might be, Keystone says "Handshake Deal" isn't going anywhere. The school has filed an insurance claim and plans to have it repaired.