The pandemic exposed a real need for a new job in the city of Scranton: Someone in charge of public health. 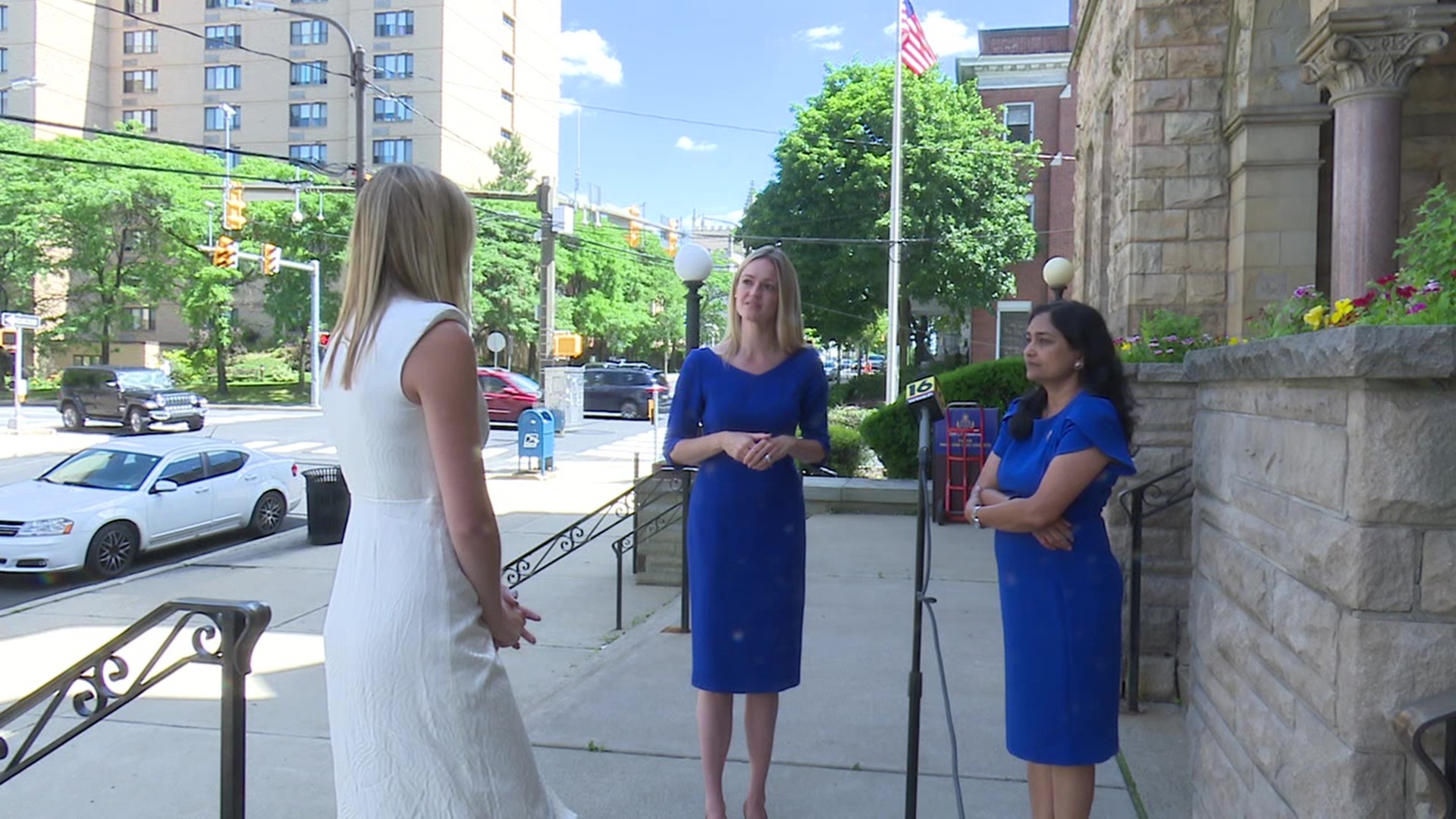 SCRANTON, Pa. — When Scranton Mayor Paige Cognetti held a news conference in mid-March of 2020 about how city residents could protect themselves against COVID-19, there's one person she now wishes was by her side.

"It would have been great to have somebody to help us crunch the numbers. We had our then-fire chief Al Lucas doing a great job of crunching numbers; he is very skilled, but he is not a public health trained individual," said Mayor Cognetti on Thursday.

But Dr. Rachna Saxena is, and that's why the mayor appointed her to be the city's first public health coordinator.

"Back in India, being a pediatrician, I was involved in many immunization events and wellness clinics. I was educating the army and the local community as well, so I've been closely involved with public health," said Dr. Saxena.

As an epidemiologist, Dr. Saxena served as a volunteer for the city a lot over the past year.

Now that her role has been made official, she'll be able to dedicate every day to the job.

While Dr. Saxena's primary goal right now is to get us completely past the pandemic, in the future, her role will be to address all things health and safety-related in the city.

"Other things which we are going to focus on is addressing mental health and substance abuse, especially the opioid crisis, which has been exacerbated by the pandemic," she said.

So, the city has a public health coordinator, but the county still doesn't have its own health department. There's an effort underway to create one.

We need that, and having a public health coordinator should be something that adds to that effort as we lobby for that at the state level," said Mayor Cognetti.

Dr. Saxena's position is not taxpayer-funded. The Moses Taylor Foundation donated money to fund the job for three years.