SCRANTON — You probably heard that John Oliver on the HBO show “Last Week Tonight” offered a massive train set with a northeastern Pennsylvani... 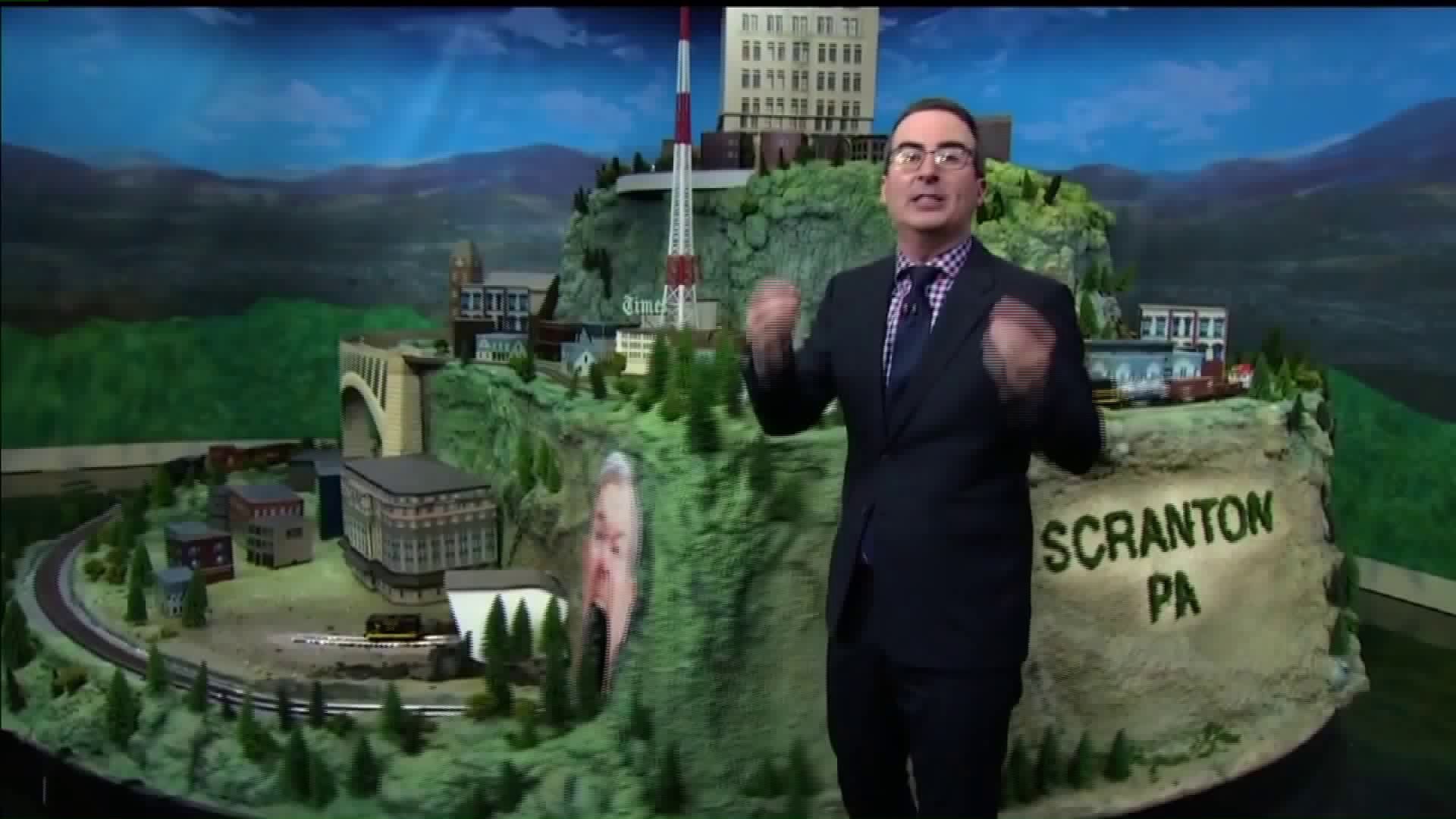 SCRANTON -- You probably heard that John Oliver on the HBO show "Last Week Tonight" offered a massive train set with a northeastern Pennsylvania theme to us here at WNEP-TV.

That train is now in several pieces sitting in a warehouse in New Jersey, but don't worry. We are working feverishly to get the spectacular display shipped here to our area.

In the meantime, John Oliver's train continues to be all the buzz around here.

The reactions that we've received regarding the train set Oliver's show made for WNEP have been overwhelming. It's really put northeastern Pennsylvania on the map and for some Scrantonions, they're enjoying the hype.

WNEP's backyard train is in the national spotlight once again. It's not just the station that is receiving recognition, though. The new model that Oliver's staff put together displays several notable landmarks in the Scranton area like the Radisson Lackawanna Station Hotel.

"It was fantastic. My phone blew up, so of course I had to look it up immediately. I think it was absolutely fantastic and I thought he was right. Scranton does deserve grander things," said Michael Kearney, Radisson general manager.

The Penn Paper building is used to getting recognition. It's building was already prominent on the show "The Office."

"We get visitors from all over the world, so to us, it's kind of normal from that aspect, but it's actually a wonderful thing to see how much more national it gets for just the littlest thing when they start talking about the train," said Lynn Donnini, Penn Paper representative.

The nationwide publicity could even benefit some of the businesses that were pointed out during the revealing of the train set.

"It never hurts to put awareness out here, so that cannot be a bad thing for us, so we'll see if anything comes of it, but it's nice to be mentioned," Kearney added.

"As far as visitors coming out of the area, it's almost like they're naturally drawn to it, so I think it's an automatic when they put Scranton together," Donnini said.

If there's one problem with the train set, it might be the screaming image of a former local basketball legend.

"I thought really, honestly in that spot, he did a good job of pointing out the positives of Scranton, aside from maybe the perception of PJ Carlesimo," said Kearney.

We plan to have the train back here by the end of the week, then we just have to find a place to put it.