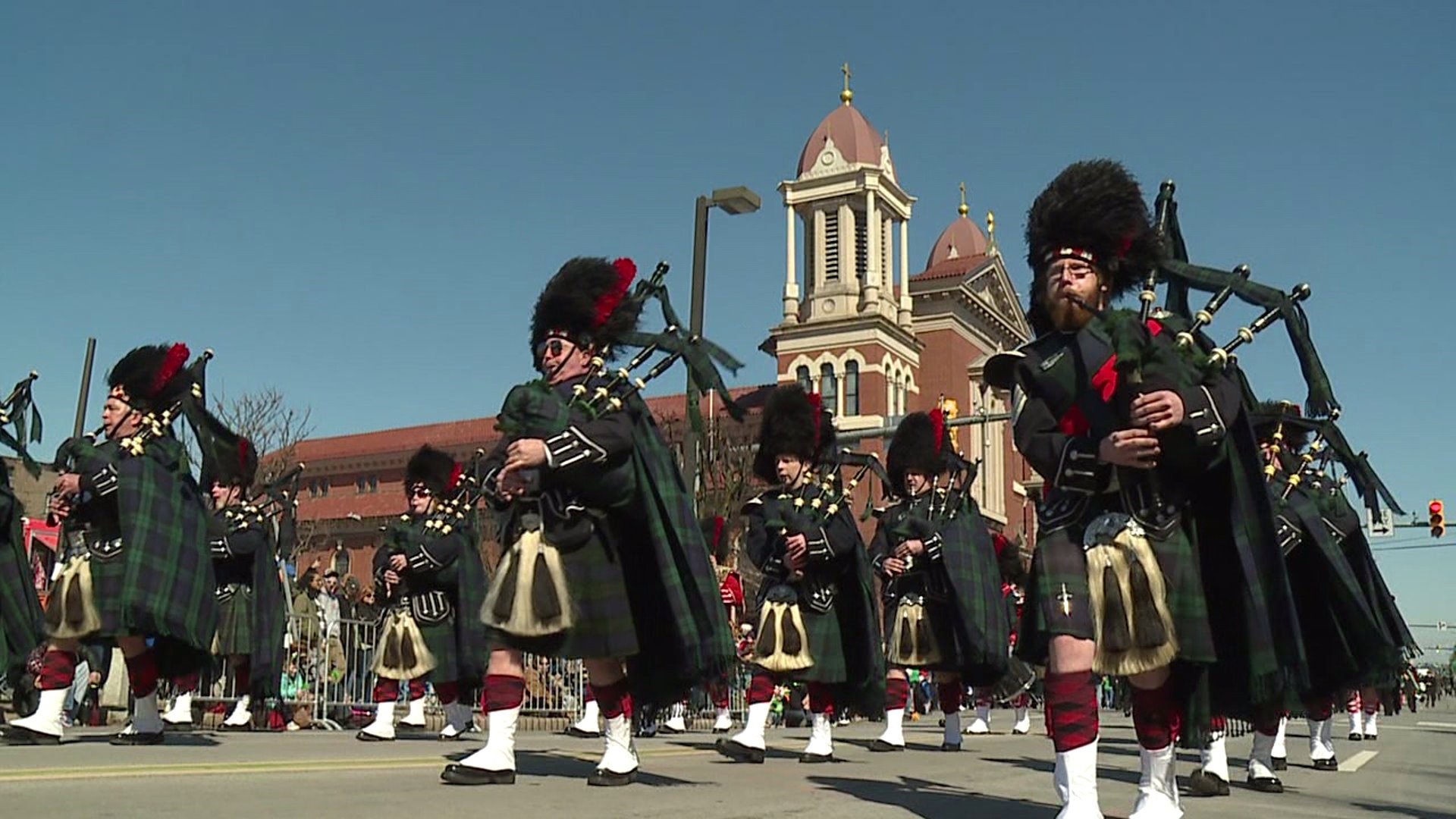 SCRANTON, Pa. — The Scranton St. Patrick's Parade is being postponed over fears of the coronavirus, parade organizers said on Wednesday.

In a Facebook post, organizers said that after conversations with City of Scranton officials, all agreed that the safety and health of the community is the primary concern.

No date for the parade has been announced, but organizers said they hope to reschedule.

Mayor Paige Cognetti held a news conference at city hall Wednesday afternoon to explain that the decision was not an easy one, and the safety and wellbeing of the community is the primary concern.

It was the decision business owners in downtown Scranton did not want to hear, but knew might be coming. The parade committee announced right before noon that Scranton's St. Patrick's Parade will not take place this Saturday and is postponed to a later date because of concerns related to the coronavirus.

"Panic," said Erick Ilgenfritz, manager of Levels Bar & Grill. "We start scrambling. We had to change all of the beer orders. We spend months and months to get ready for this day. Now, this last-second change, we're all in an uproar trying to change everything, and it's just been insane so far."

Bar owners in downtown Scranton quickly have to decide what to do now. They say Scranton's parade day is the most important day of the year, so the party will still go on for some.

At Level's, employees were able to cut their beer order in half, knowing the crowds won't be quite as big. At the Railyard, formerly Kildare's, the renovation project was planned specifically around being open for parade day.

"We've already ordered extra handwashing stations. We have bulk hand sanitizer. We're looking into being able to provide everyone who comes in the door a bottle of hand sanitizer. And we're also looking into getting Parade Day-themed green gloves for all of our patrons," said owner Jay Velar.

Not all parties will take place. At the Radisson Lackawanna Station Hotel, Traxx will be open, but the Shamrockfest party, including the DJ and two bands, are canceled.

"That's not one of our main concerns right now. The health and safety of the local Scranton community is more important. We're excited for the new date whenever that may be," said Radisson food and beverage manager Jared Margopoulos.

Mayor Paige Cognetti held a news conference explaining the parade committee's decision, claiming that fewer people will come into the city, so there's less of a chance for the virus to spread.

Scranton Police Chief Carl Graziano says there will not be any parking restrictions or road closures, but there will still be a heavy police presence downtown on Saturday as if the parade is still going on. He says as long as no one is breaking the law, there won't be any problems for businesses still planning to be open downtown.

The Scranton St. Patrick's Parade is one of the largest in the country, bringing thousands of marchers and spectators to downtown Scranton every spring.

This follows similar parade cancellations in Philadelphia and Pittsburgh.