Scranton Splash Pad Could be Ready by Summer

SCRANTON, Pa. — The sounds of construction are paving the way for the sounds of summer to return to Scranton’s west side, something that’s bee... 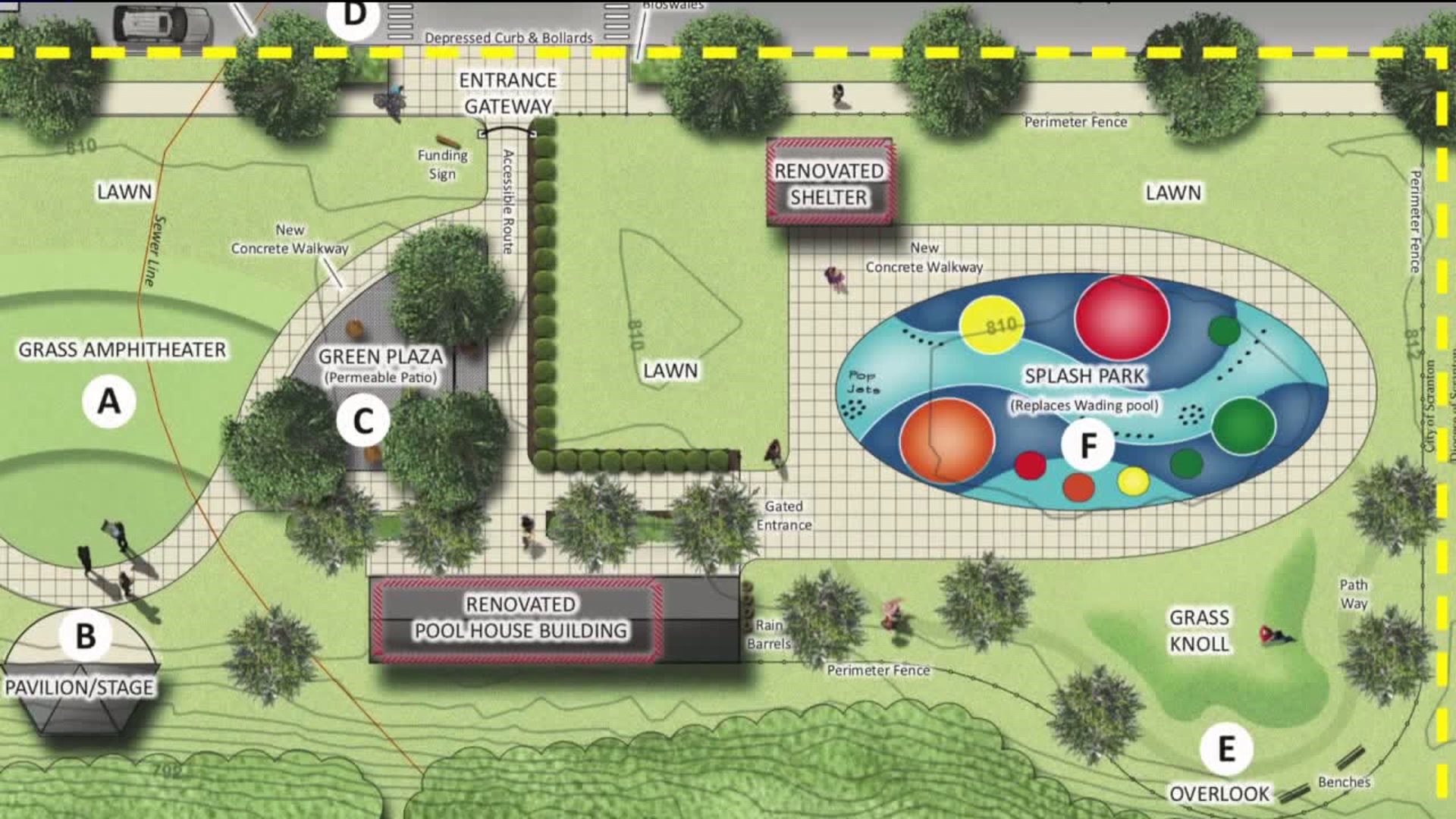 SCRANTON, Pa. -- The sounds of construction are paving the way for the sounds of summer to return to Scranton's west side, something that's been missing in this area since the Novembrino Pool Complex closed in 2011 after years of decay.

It was announced in 2016 that the place would reopen as a splash pad and recreational area, and construction is finally underway.

"I see neighbors come up to me, and they ask me when it's going to get open, and they're all excited about it. I think everybody is. A lot of kids are going to have a lot of fun here. I wish I had this when I was young, you know we had a hose in the backyard. That's all we had," said Don Scartelli of Scartelli Contractors.

The Novembrino complex was named after Richard Novembrino, a city controller in the late 1980s. His wife Rose took the job after his passing, and she was a big proponent of the splash pad.

"I know Mrs. Novembrino was anxious to see this happen, and she passed away shortly, which was very sad. I knew her a long time. I was wishing she could've seen it. Every time I saw her in City Hall, she'd ask me about it. I said, 'we're getting there, we're getting there,'" Scartelli said.

Although it doesn't look like much now, for residents who have been waiting nearly 10 years for this splash park to open, the wait could soon be over. Workers tell us the splash pad could be up and running by this summer.

Penelope Gaughan works at Catalano's just a block away from the Novembrino complex. She's hoping the new splash park will be home to as many happy memories as the old pool.

"Years ago, the kids would come up while they were swimming if they were hungry at lunchtime and stop in for a hoagie or a drink or a snack. And it was really nice. It was fun in the summer when they'd be walking around or even the lifeguards. It really brought some action to the streets, and it was nice to see," Gaughan said.

Construction wasn't set to begin until the spring, but with the mild temperatures we've been having, workers decided to get a jump on it.