June 1 marks the start of Pride Month, a celebration of the LGBTQ community. Tuesday morning, the Pride flag was hoisted at Scranton City Hall. 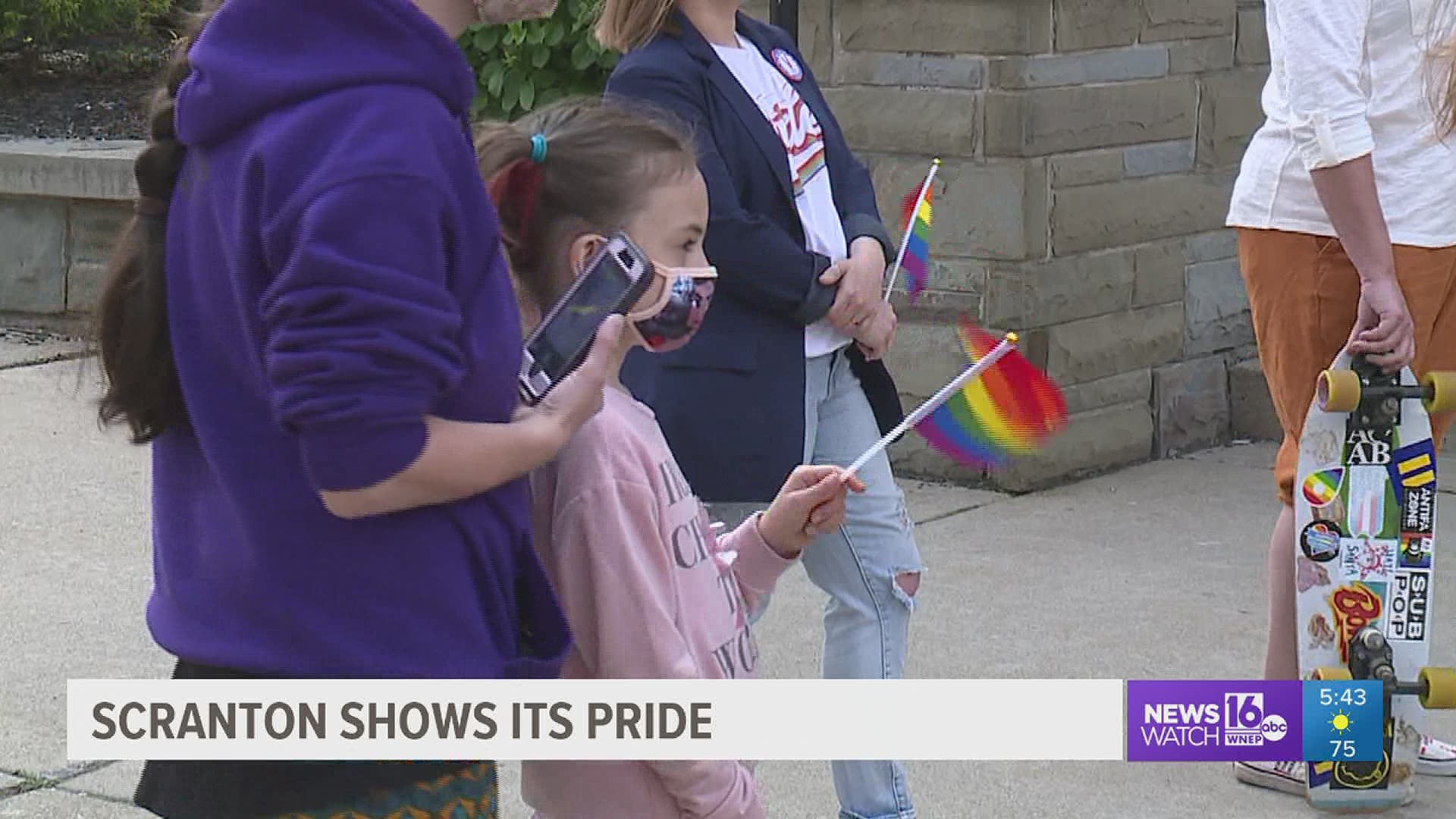 SCRANTON, Pa. — Flag raisings at Scranton City Hall are pretty common, but there was a time when this one would never have happened.

The city's mayor, state elected officials, and members of LGBTQ organizations gathered for the event to kick off the start of Pride Month.

Mother Rebecca Barnes of St. Luke's Episcopal Church in Scranton spoke about the importance of this kind of visibility for the LGBTQ community.

"I was cautious and concerned when I came back, was Scranton a place that was welcoming and warm and a place where I could be who I am? And so, I think this is very symbolic of that. People who are LGBTQ+ know, you're welcome here, there's a place for you here," said Barnes.

Pride Month commemorates the anniversary of the 1969 Stonewall riots in New York City that kicked off the gay and transgender rights movement.

"We don't want to forget the roots of pride. We can celebrate our community and celebrate how far we've come but, not forget that there's still work to be done. I felt that we hit that balance very well today," said Anthony Melf, Rainbow Alliance.

During the event, community leaders called for state legislators to pass a bill proposed in Harrisburg that would provide statewide discrimination protection for LGBTQ people.