SCRANTON, Pa. — In an instant, 20-year-old Len Floyd’s life was forever changed. A gunshot through his passenger side window hit Floyd in the face a... 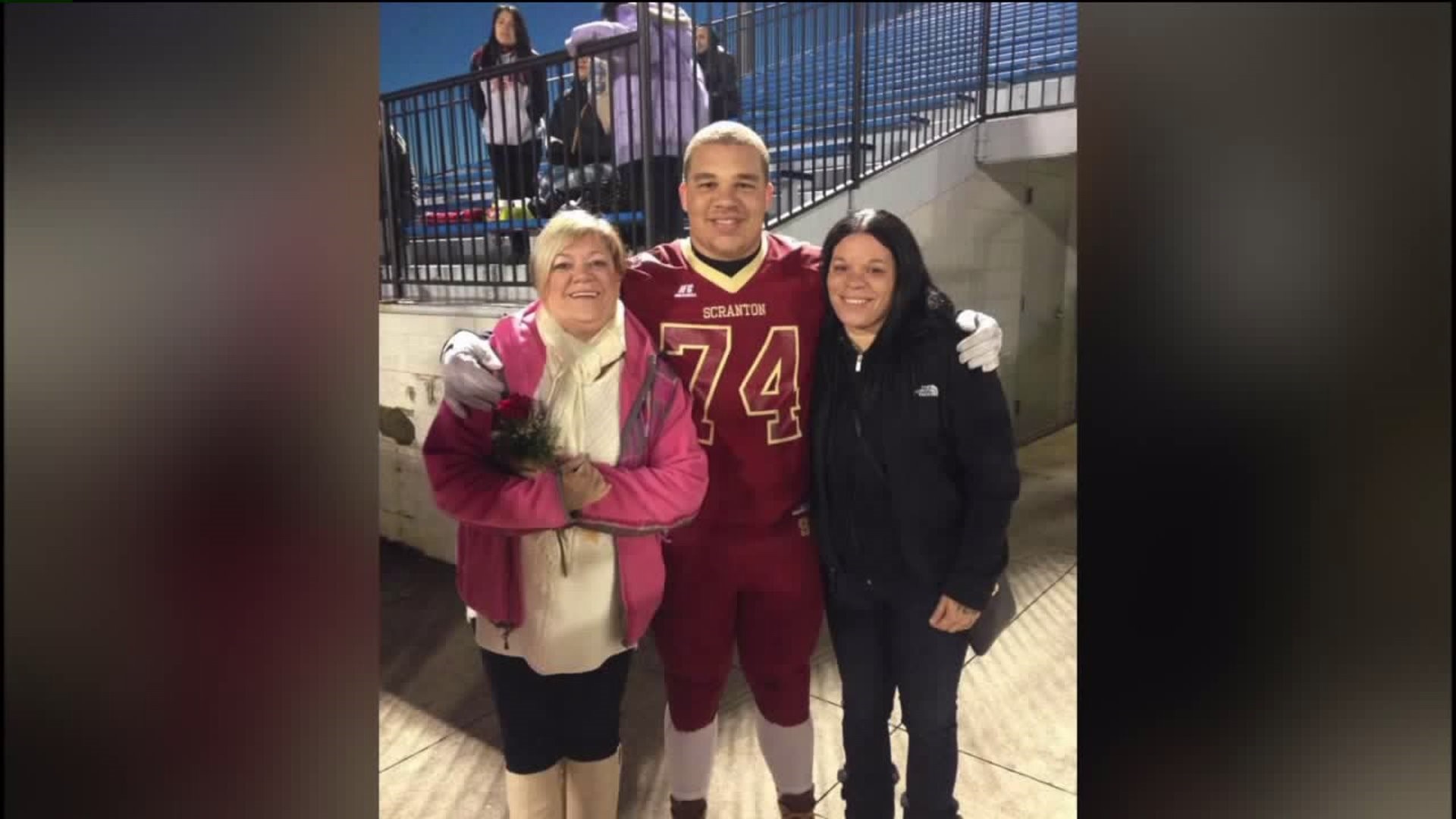 SCRANTON, Pa. -- In an instant, 20-year-old Len Floyd's life was forever changed. A gunshot through his passenger side window hit Floyd in the face and sent him to the ICU at Geisinger CMC.

"He asked my husband,  'Am I going to die?' and my husband told him  'No, not here, not on my watch. I'm going to get you there as fast as I can,'" said Edie Lavelle, Floyd's grandmother.

Within the last two days, Floyd has had three surgeries and is preparing for more.

"He's going to have another one in the morning. He has to get some reconstructive, quite a bit of reconstructive [surgery]. His whole, everything on his one side of his face is shattered, there's no bones that are any good," said Lavelle.

Police have identified 32-year-old Zodi Oprisko as a person of interest in the shooting.  He is currently locked up on simple assault charges related to another incident.

Now Floyd's family and friends asking why someone would shoot him.

"He would never, ever hurt anyone. Like that's all he keeps asking me is, 'Why would someone shoot me, Nana? Why would somebody shoot me,'" said Lavelle.

Len's Grandfather was driving the car and Len was in the passenger seat when he was shot on the corner of Mulberry and Mifflin. But quick thinking might have saved the day.

Len's Grandfather put the car in drive and went back to where he remembered police were blocking traffic for a road project on Penn.

"As soon as they got to the cop, an ambulance was coming up the street. So I mean everything worked out. Who knows, 10 more minutes and we could have been talking about a different story," said friend Xavier Harris.

Xavier Harris set up a GoFundMe to help with Floyd's expenses. Within just a few hours, they had surpassed their goal of $5,000.

"The support from the city has been amazing like I've never seen Scranton come together as one for one individual," said Harris.

As Len continues to recover those who love him have rallied around him in his time of need.

"That's my baby. You don't understand the bond. He's a protector, he takes care of his sisters and brother and me and his mom. He just protects everyone. Why would they hurt my baby?" said Lavelle.

Floyd's family says they want to thank everyone for the support they have received in the last few days.

Police say they expect to file charges against Oprisko in the coming days.