Current and former Scranton School District employees are suing the district over possible exposure to lead and asbestos. 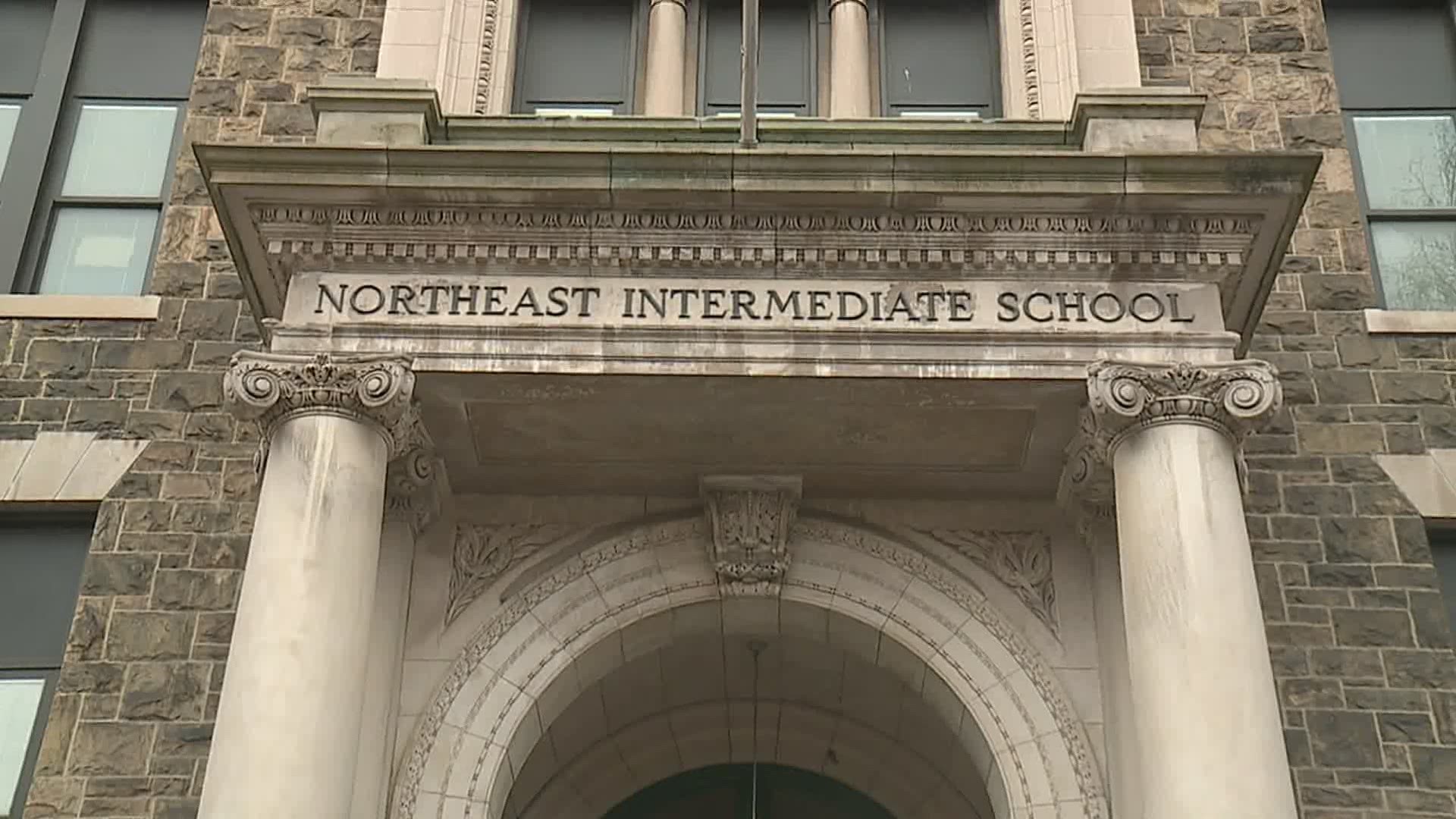 SCRANTON, Pa. — The case over lead and asbestos in the Scranton School District is headed from the classroom to the courtroom.  A lawsuit has been filed in federal court.

The defendants are the Scranton School District, two current school directors, and 13 former school board members.

Northeast Intermediate School on Adams Avenue is the one Scranton school still closed because of contamination, but school officials have admitted that lead or asbestos exists in almost every building.

On Monday, a teacher and other employees filed a federal lawsuit against the district.

Sometime over the weekend, trees and light poles outside Northeast Intermediate School on Adams Avenue were covered in yellow ribbons. That usually symbolizes a desire for someone to come back home. In this case, it's the school's students now split between two other schools while crews work on removing asbestos contamination there.

The asbestos and lead contamination problem widespread among 15 of the district's 19 buildings is now the subject of a federal lawsuit.

The plaintiffs include a retired maintenance worker, a reading specialist from Northeast Intermediate, and the principal at Prescott Elementary School.

"When I learned that their future health could be jeopardized by the conduct of the district, I felt I had a duty to protect them and seek district-wide health monitoring for them."

The lawsuit asks the Scranton School District to set up a fund that would cover the cost of health monitoring for current and former employees and students.

'I'm scared. Now I find out that the paint and plaster, old flooring, and insulation I was told to remove without being given a mask or eye protection could make me very sick."

The lawsuit alleges that the Scranton School Board and administration, either through inaction or indifference, failed to address the contamination issues when they were first discovered.

The lawsuit says lead contamination in the district's buildings was first found in 2016, and the asbestos was documented as early as 1988.

We reached out to a lawyer for the Scranton School Board about the lawsuit and have not heard back.

As far as Northeast Intermediate goes, school officials say it could be weeks before students are allowed back.