Split decision on recycling in Scranton

Scrantonians have some changes coming to their recycling schedule and it all has to do with changes in world recycling market. 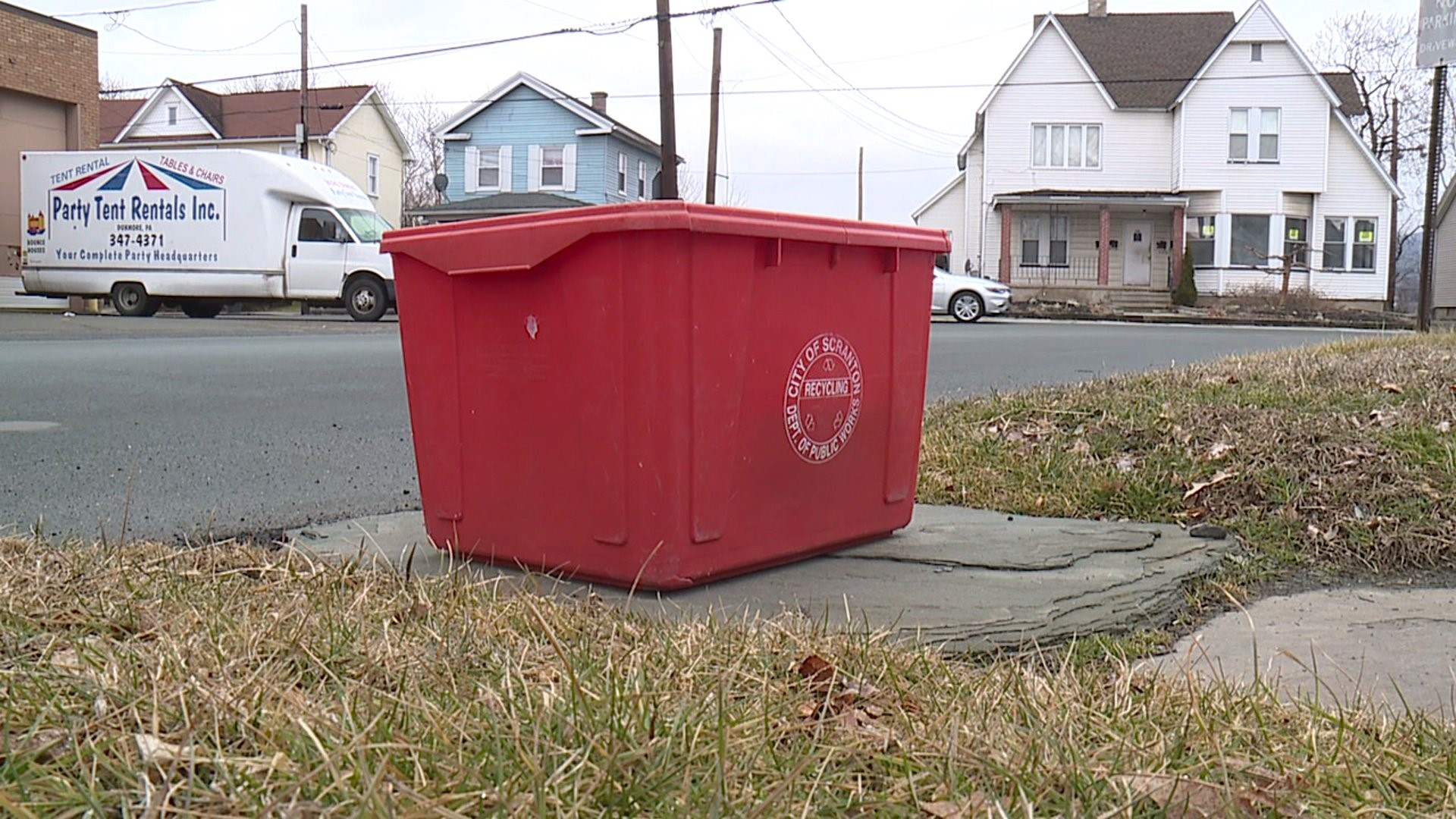 SCRANTON, Pa. — Homeowners in the city of Scranton will see changes in how their recycling is picked up starting next week. Paper and cardboard will be collected in different weeks.

The changes that people will be seeing around Lackawanna County have to do with changes at the recycling center and within the global recycling market.

We checked in with the city's recycling coordinators Tom Lynch and Joyce Hatala. They sent out color-coordinated calendars to anyone in the city that gets a garbage bill to explain the changes starting March 2.

There will be three weeks of recycling collection: paper the first week, glass and plastic the second week, and then cardboard.

"You still stay on your day that your garbage and recycling goes out. Keep that day," Lynch said.

Any cardboard on the curb next week won't be picked up, only paper.

"Newspaper and magazines and catalogs -- you can put in catalogs, copy paper, you can put in computer paper. You could put in things like unwanted mail, your writing paper, but just the paper," Hatala explained.

The changes in Scranton are because of the Lackawanna County Recycling Center comingled paper and cardboard are no longer profitable on the world recycling market.

"Send it over; they're not going to take it. They just don't. And I don't know really why," said Lynch.

The city and other municipalities fell victim to another change last year. The recycling center no longer accepts dirty glass and plastic, or any recyclables stored in plastic bags.

"We dumped four trucks so far, when we first started because people just weren't getting it. But, they are catching on, very little plastic bags anymore," Lynch added.

People in other municipalities in the county may have already noticed this switchover. For Scranton residents, anyone in the city who received a city garbage bill, these changes take effect on this Monday.