All eyes have been on the state of Pennsylvania, and Saturday it played a huge role in pushing Joe Biden over the 270 electoral vote mark. 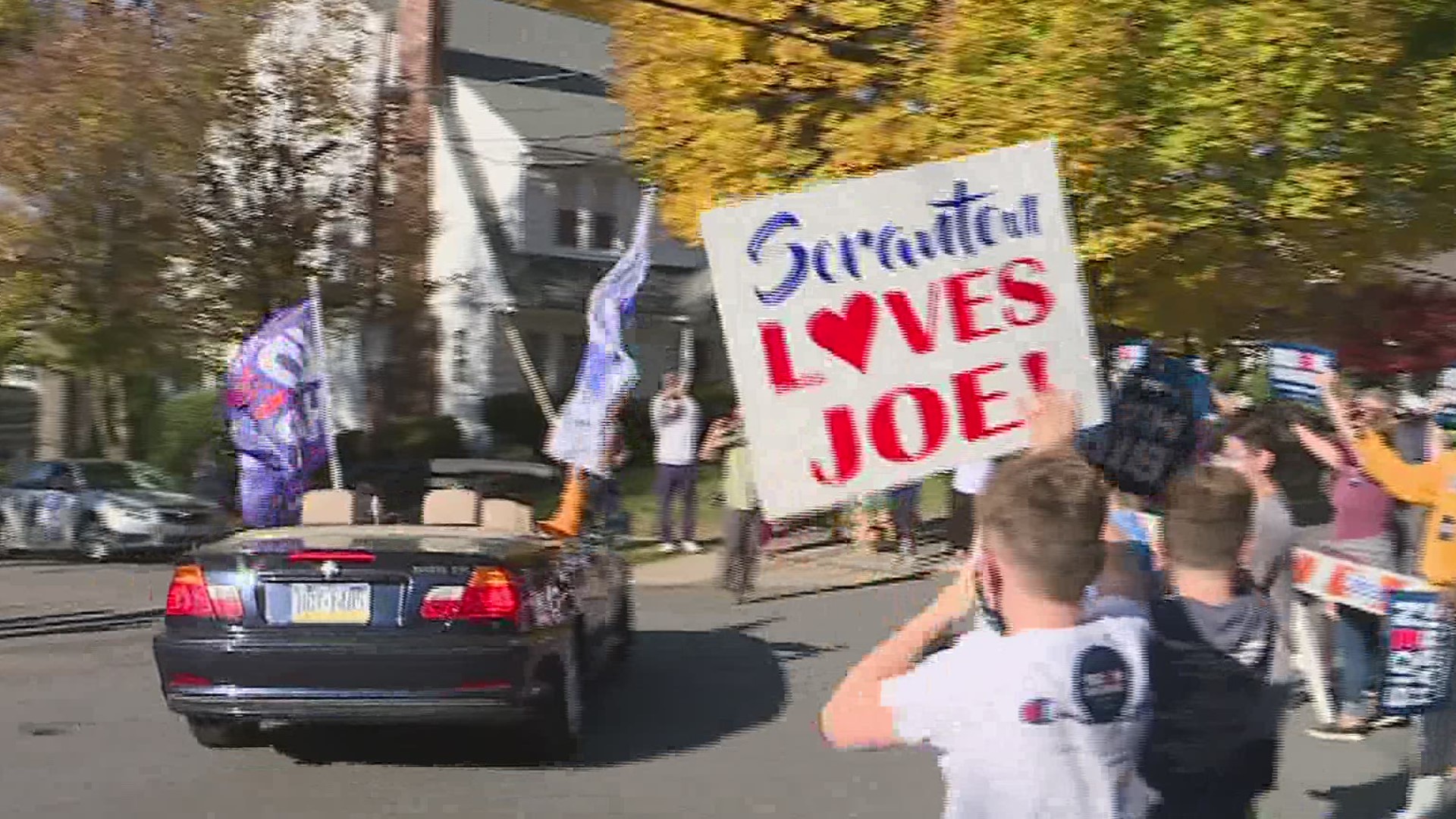 SCRANTON, Pa. — The crowds have calmed, but the energy and excitement on North Washington Avenue in Scranton, outside president-elect Joe Biden's childhood home, is something folks say they needed.

Many of them tell Newswatch 16 that they are enjoying this historic moment.

"The weight on my shoulders from waiting for this just went right off. I can't take a deep breath now," said Arianna Costani of Scranton.

Cheers of celebration were heard outside of Joe Biden's childhood home on North Washington Avenue as news spread that the Scranton native will become the 46th president of the United States.

"He is a president for all people, like I said before, every color, every creed, every background. We are a county of immigrants, and it should be that way," said Merridy Gersten of Scranton.

"We believe in honesty, integrity, and the work ethic, and I think this is what President Biden will bring to us and to America," said Francine Douaihy of Scranton.

"I remember growing up, a friend of mine knew Joe Biden, and they said that he was going to be president someday, and that was about 40 years ago, so it's pretty cool to see it come up," said Rob Lettieri of Scranton.

When you add up all the counties in our market, President Trump has a 61 percent to 39 percent lead.

But that didn't matter in the end. Joe Biden came out on top, winning the state.

Scranton Mayor Paige Cognetti said some words outside of the home.  She believes this is a huge win for all of Pennsylvania but truly, for the city of Scranton.

"To know that a kid who grew up in Scranton right here in this house, right on North Washington Avenue, is now the President-elect of the United States, shows that every kid from Scranton, every kid who's in school now, every little baby who is born in Scranton can be whatever they want to be," said Mayor Cognetti.

U.S. Senator Bob Casey also showed his support for the president-elect. He tells Newswatch 16 he spoke with Biden.

"In typical Joe Biden fashion, it was all gratitude and affirmation, and he was talking about Scranton and the visit he had on Tuesday," said Sen. Bob Casey, also a Scranton native.

He was referring to the visit on Election Day when he wrote these words on a blank white wall in his former childhood home — "From this house to the White House, with the grace of God."

"Joe Biden is from Scranton. He's never forgotten about us, and we don't forget about him," said Shannon O'Malley, Scranton.

The saying, "never forget where you come from," is something Joe Biden has continued to preach. Many of his supporters believe that his planted roots will keep Pennsylvania a top priority when he gets in office.