SCRANTON, Pa. — Rabbi Daniel Swartz of Temple Hesed says he and his congregation are shocked, saddened, and frightened by the deadly attack on a synagogue... 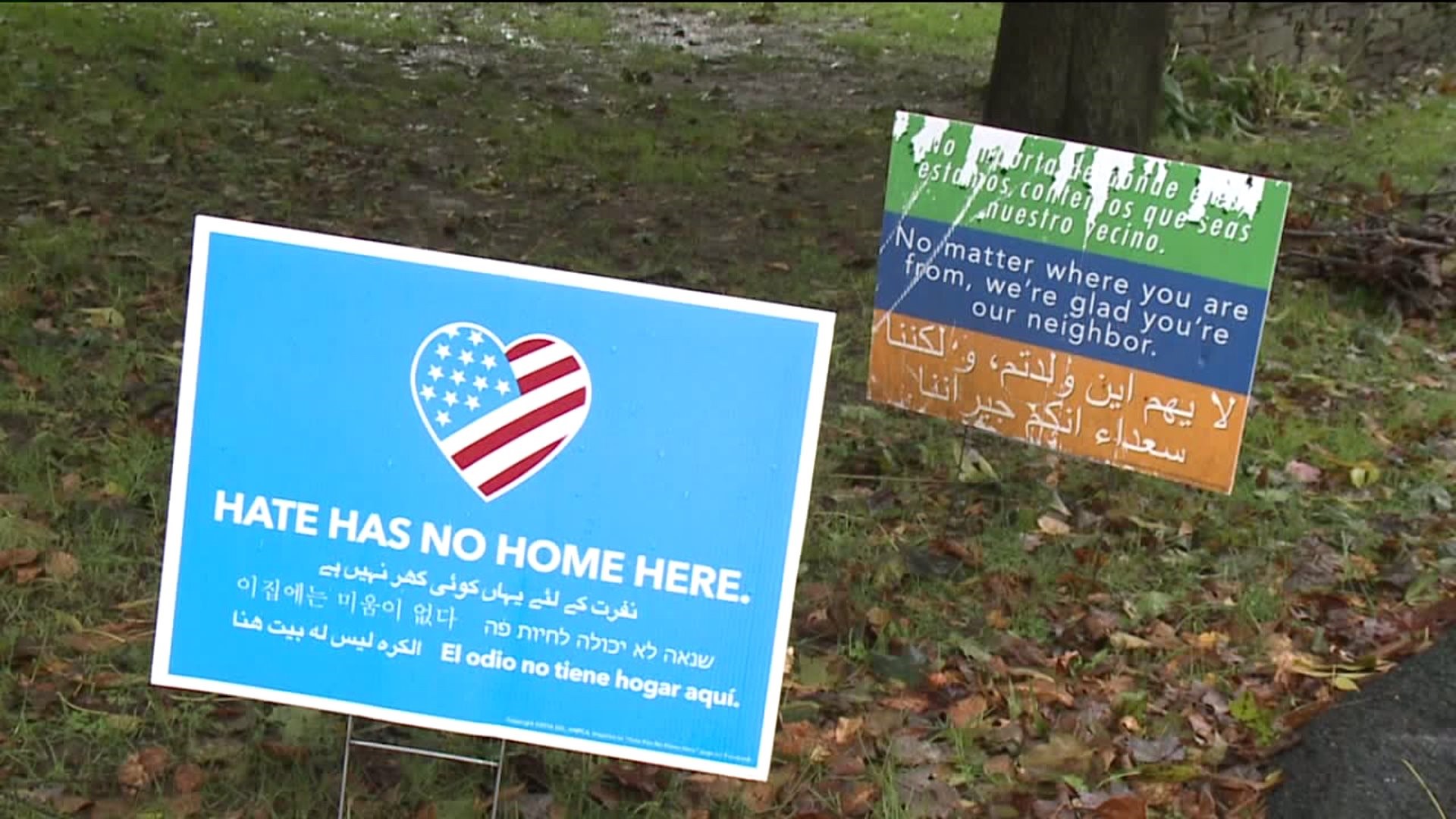 SCRANTON, Pa. -- Rabbi Daniel Swartz of Temple Hesed says he and his congregation are shocked, saddened, and frightened by the deadly attack on a synagogue in Pittsburgh.

Outside Temple Hesed in Scranton, Rabbi Daniel Swartz has posted signs that reject hate and discrimination.

Rabbi Swartz and members of the temple's congregation see this as a safe space.

News of the mass shooting at a synagogue in Pittsburgh traveled fast, and this latest act of hatred and violence hits all too close to home.

"Definitely in shock, you know it's just we don't think that this can happen here," Rabbi Swartz said. "Even though you know there's been so many mass shootings already in this country in the past few years, you still don't think it's going to happen where you are or to you."

Rabbi Swartz says it's hard to comprehend such hateful acts in today's world.

"Anti-Semitism of the kind that people start shooting up Jews, boy, isn't that a thing of the past, and I wish it was, but it's not."

During times like these, the rabbi believes it's important for society to take a good, hard look at the way these attackers have been emboldened by the current climate.

Rabbi Swartz will listen to his congregation's concerns about safety. The temple will also be taking extra security measures for events planned for the LGBTQ community.

But for the rabbi, attacks on the Jewish community will not change the feelings he and others have about who they are.

"I don't want to be scared to be Jewish. I want for me to be proud, for the kids that I teach and the adults in our congregation to be out there and to be proud of who they are."

Governor Tom Wolf has ordered all state flags in the commonwealth to fly at half staff in honor of all victims of the attack at the Tree of Life Synagogue in Pittsburgh.