SCRANTON — Scranton police are using high-flying technology to fight crime. Officers showed off the new tool Thursday and explained how it will help them ... 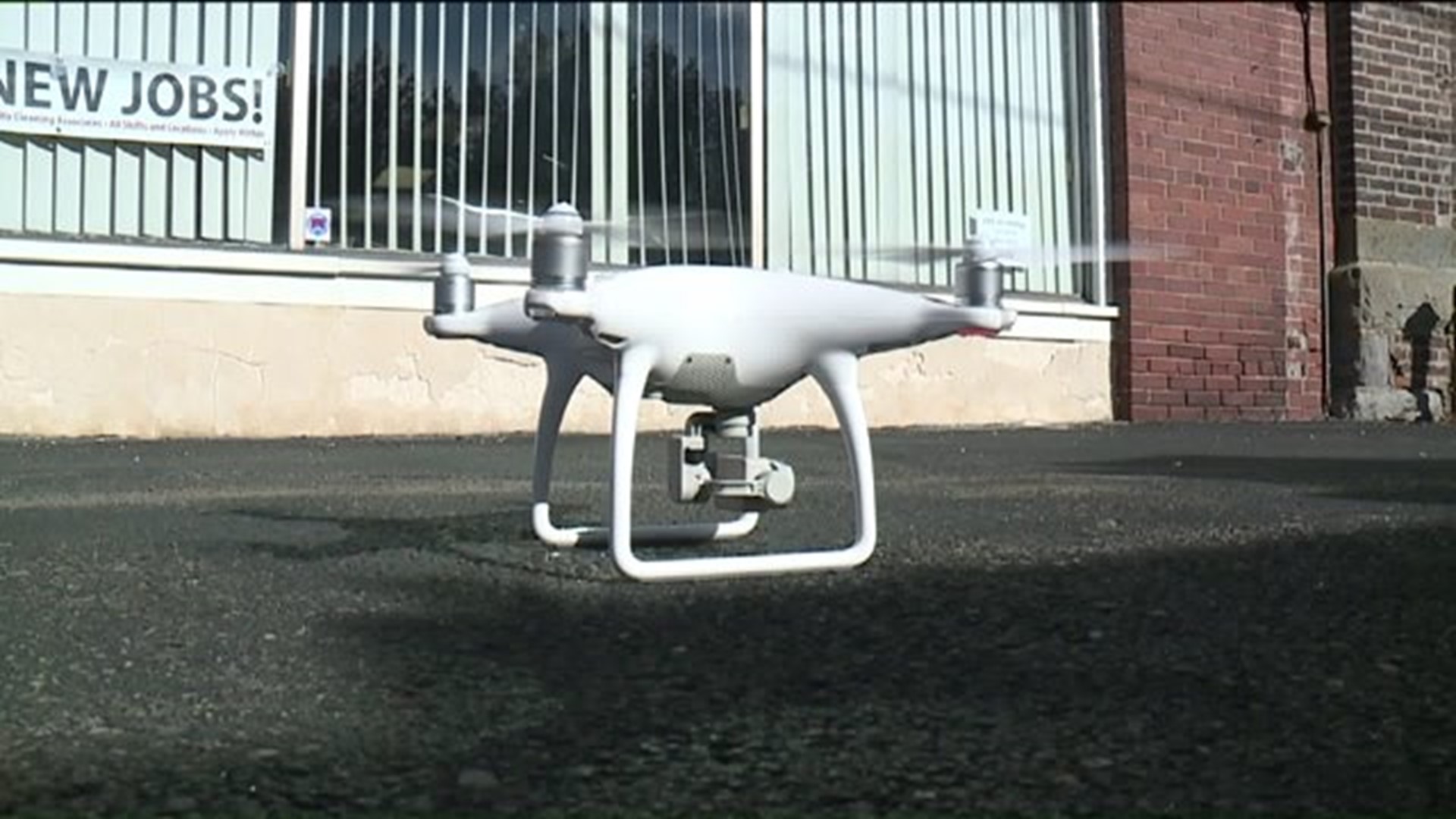 SCRANTON -- Scranton police are using high-flying technology to fight crime. Officers showed off the new tool Thursday and explained how it will help them combat crime.

Even with propellers spinning in the wind, this is no ordinary drone. This will be Scranton Police Department's new eye in the sky to help fight crime.

"As a property owner of the city, we want to make sure we keep our employees and buildings safe. A good police department is part and parcel to that," said Fink.

This $1,400 drone can fly at speeds of 50 miles per hour and has the ability to track and follow cars and people.

"There are several applications we can use it for: outdoor crime scenes to get overhead video of the crime scene, for documentation services, evidence gathering," said Scranton Police Chief Carl Graziano.

Chief Graziano says the drone will help to keep officers out of potentially dangerous situations.

Scranton police plan to use the drone at the Scranton St. Patrick's Day parade so they can have a better view of everything going on.

"The capabilities of the camera, I don't know if you saw but its 4k video, it's the best of the best," the chief added.

Newswatch 16 spoke with business owners in downtown Scranton. They do not mind an extra pair of eyes keeping the public safe.

"I think that any help they get would be good for them," said Mark Mackrell of Mackrell's Barbershop.

"Another set of eyes is great. I think it's wonderful. The parade is always safe anyway but an extra set of eyes would be wonderful up in the sky. It's terrific," said Renato Luongo of Abe's delicatessen.

After officers are trained on how to operate the drone, Scranton police expect it to patrol the skies in the next month.