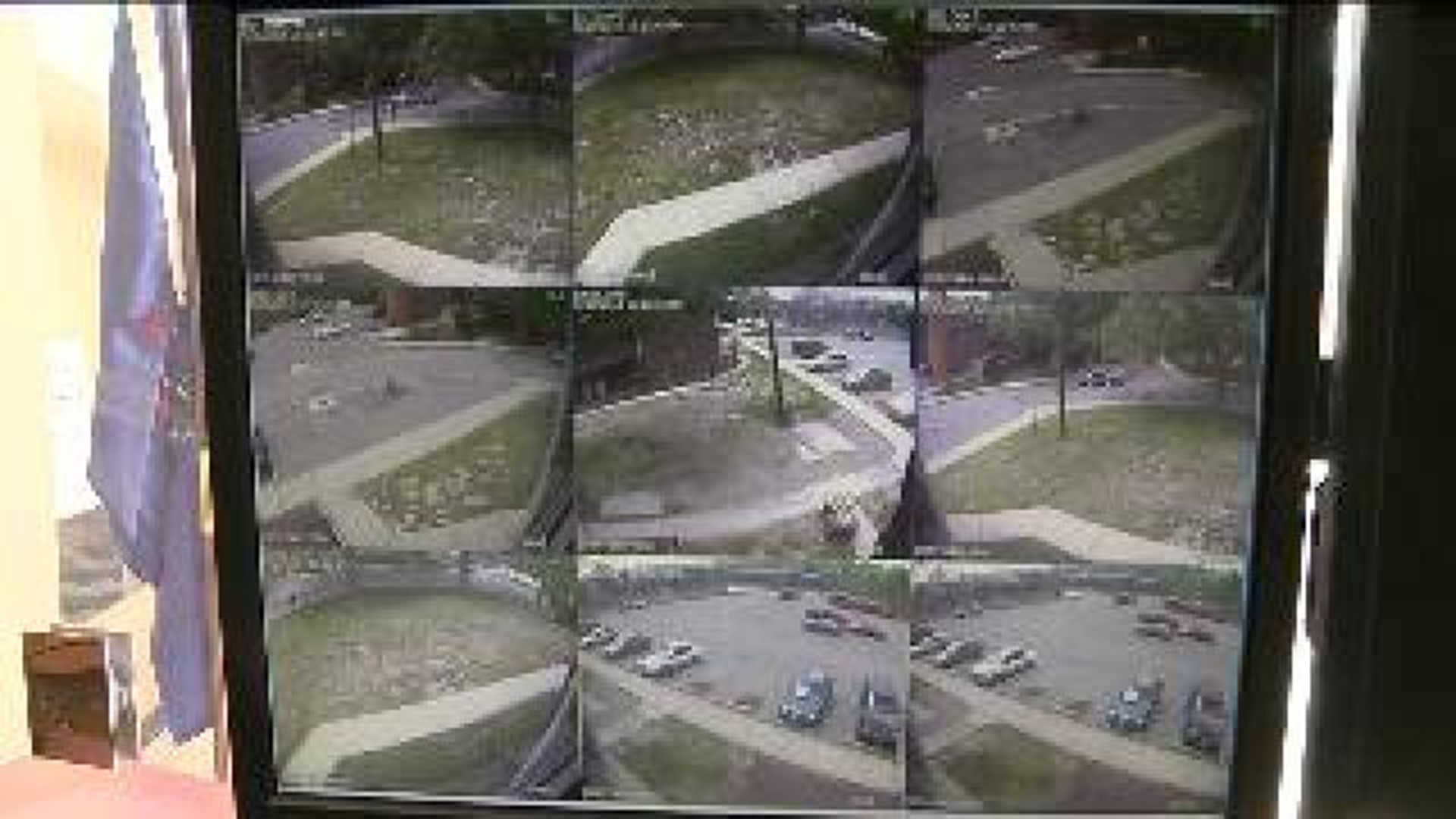 SCRANTON -- Authorities in Scranton are looking to increase surveillance all over the city. Not by adding more cameras, but by adding more eyes looking at the cameras already in place.

Scranton City Council announced this week that it is applying for a grant that would create community-wide surveillance for Scranton Police.

But the grant money wouldn't pay for any cameras. It would pay for software that would allow Scranton Police to tap into private surveillance systems.

A camera inside the Wells Fargo Bank on Meadow Avenue in Scranton got a picture of a robber back in February in 2013. The picture became one of the few clues police had immediately after the hold up.

He was arrested later that day after a standoff in Moosic.
But, it took time for officers to get that picture from Wells Fargo's surveillance system.

A plan for the city to buy new software would cut out that step of the investigation.

Chief Graziano said Scranton City Council is looking to buy software that would allow officers to tap into private surveillance systems, with permission, and show more than 100 video feeds on a wall at Scranton Police Headquarters.

Once the monitors are in place, all Scranton police need is an I.P. address for any existing surveillance system for any private institution in the city.

Including the University of Scranton, officials have already agreed to lend their video feed.

The University's public safety Chief Don Bergmann said more eyes on the camera feeds is better for the students. But will also help speed up investigations for Scranton Police.

Last July, a University of Scranton camera caught murder victim Frank Bonacci's SUV driving into a wooded area near campus where he was eventually killed. And eventually, the video, helped lead officers to the two men charged with Bonacci's murder.

Private surveillance also proved helpful in solving another murder in the city. Just last week police used cameras at Valley View Terrace Apartments to track down the alleged killer of a cab driver near the Scranton Housing Authority complex.

The Scranton Housing Authority will now offer up the video feeds in all of its facilities.

"And anything that would be fed into the Scranton Police Department from our sites can also help our tenants and out residents and protect them even further," said Karl Lynott of the Scranton Housing Authority.