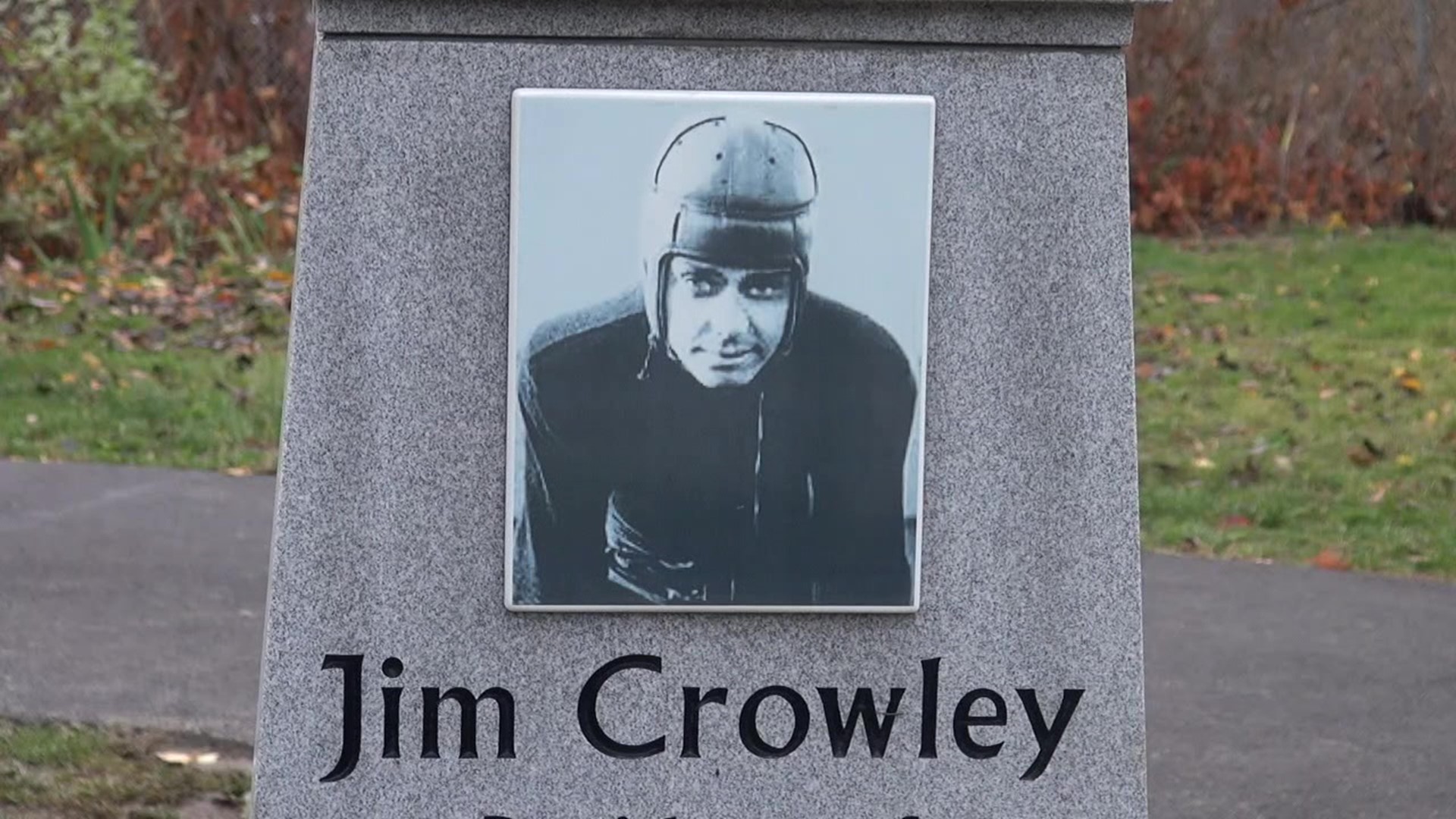 The spot on North Washington Avenue has been known as Crowley Park for years, but it's recently been renovated and has new playground equipment.

It now features a monument to Crowley, one of the famed "Four Horsemen" at Notre Dame in the 1920s.

The four players played 30 games together and only lost to one team.

Crowley moved to Scranton later in life and was the last living member of the "Four Horsemen" when he died in 1986.