The mayor of Scranton is urging churches and synagogues to cancel public services and asking stores and other businesses to limit how many customers are let inside. 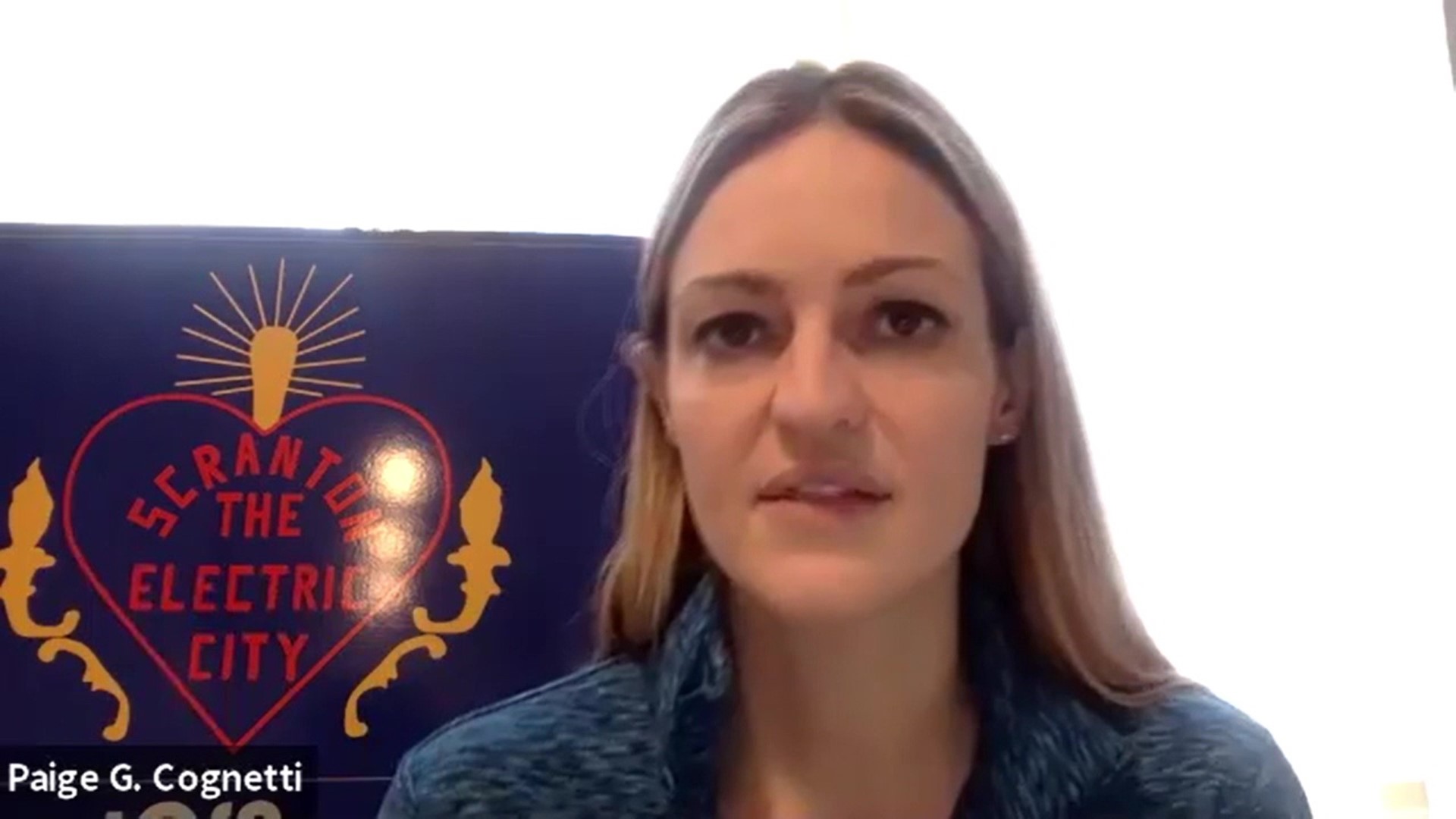 SCRANTON, Pa. — Scranton Mayor Paige Cognetti explained her reasoning for reaching out to religious leaders and store owners on Tuesday. She's calling on them to help enforce social distancing rules, especially since we are in the middle of a busy holiday week.

Mayor Cognetti is calling on religious leaders as well as the owners of city grocery stores to help enforce social distancing rules.

Monday night, Mayor Cognetti sent a proclamation asking faith-based organizations and stores to limit how many people are inside their buildings.

She answered some questions about this in a virtual town hall.

"The church on my street had group services and did not adhere to social distancing, can the city do anything?"

"Kevin, that's a recommendation we put forth. I'm not going to order religious organization to do something, but we can continue urge, urge, urge that we cannot be having these group gatherings right now," the mayor replied.

The Diocese of Scranton has already canceled all public gatherings inside churches, but some other religious organizations have not.

"I definitely think that the churches do need to do an online prayer or something and just keep their doors closed right now for the safety of the pastors and the people that comes to the church," said city resident Pure Buie.

The mayor's proclamation also calls for grocery stores to limit customers to only five per 1,000 square feet of space.

Gerrity's Supermarkets has more stores in the city than any other grocery chain. The owner says they'll start implementing limits next week.

"It's going to be interesting to see as we implement how it's accepted by the customers, how many lines, potentially, it could create. So, we're going to test it in the three Scranton stores and comply with her recommendation," said Joe Fasula, Gerrity's co-owner.

During the town hall, Mayor Cognetti was asked if she would consider putting the city under a curfew similar to the one in Hazleton.

Cognetti says she sees that as a last resort that might put too much work on the city police. She thinks, for now, limiting public gatherings as much as possible, will help slow the spread in Scranton.