SCRANTON, Pa. — Scranton Mayor Bill Courtright has entered into a plea agreement on three federal charges, including bribery, conspiracy, and attempt to o... 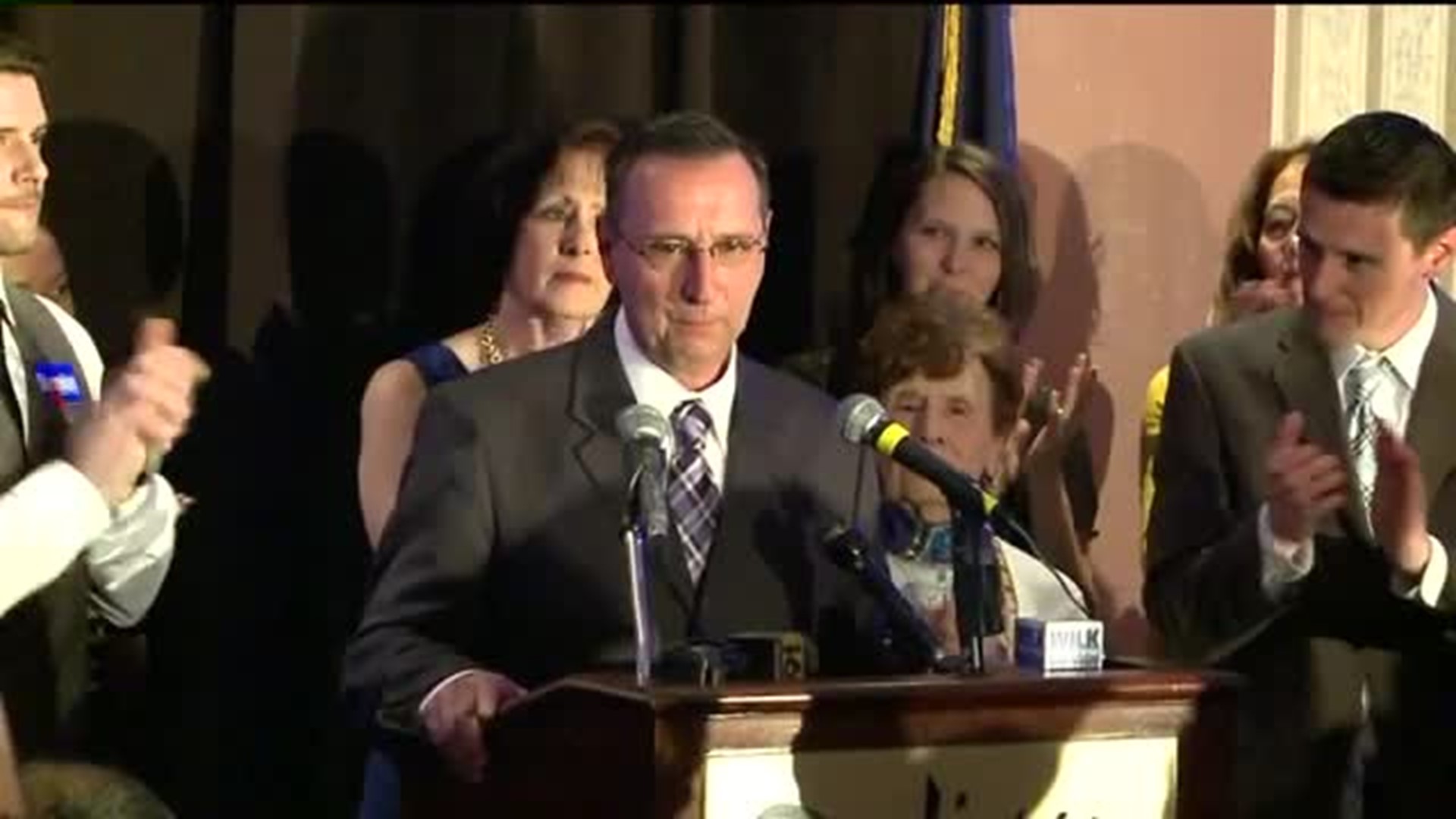 SCRANTON, Pa. -- Scranton Mayor Bill Courtright has entered into a plea agreement on three federal charges, including bribery, conspiracy, and attempt to obstruct commerce by extortion.

Courtright resigned Monday, according to a memo sent to members of Scranton City Council.

Minutes after Courtright filed his letter of resignation, city officials were in an emergency meeting discussing what comes next.

Newswatch 16 was there as that meeting ended. According to city rules, council president Pat Rogan will be acting mayor until council appoints someone to fill out the mayor's term.

"Went through what the parameters are in this situation. As council president, I'll be the acting mayor until a permanent mayor is chosen by council, so there won't be any changes to city services, to residents. Police are still going to be working. Our firehouse will be staffed. Garbage will be picked up, so the residents aren't going to see any change. We did have a good meeting with our solicitors, how it's spelled out in the home-rule charter, and then we'll take it from there," said councilman Pat Rogan.

Rumors started swirling about Courtright's possible resignation earlier this year when his office and home were both targeted in an FBI raid.

We now know Courtright plans to enter a plea agreement with federal prosecutors. He's facing charges of bribery, conspiracy, and attempt to obstruct commerce by extortion.

Courtright could see a lengthy prison sentence and may have to pay $750,000 in fines.

Court documents show that the alleged corruption stretched over the entirety of Courtright's five and a half years as mayor. Prosecutors claim Courtright received cash payments, campaign contributions, even landscaping work at his home from businesses looking to do work in the city.

Courtright's accused of keeping businesses from working in the city if they did not support him or his campaign.

Council member Wayne Evans says it's a sad day for the city.

“I know that if the mayor did something wrong, he'll face those charges and something will happen, and I'm sure justice will prevail but that doesn't mean that anyone should be happy about what happened here today,” said Evans. “It’s never happened before in the entire history of the city of Scranton and hopefully we can move beyond this.”

City Hall was somber after the news broke. Some employees were seen wiping tears from their eyes. Officials say despite it all, all departments will continue to function.

"I absolutely am proud of what we've accomplished in the last four years, five and a half, actually. At this point, I'm just letting the facts come out and develop as they're going to over the next coming weeks and I'll keep my personal feelings to myself," said city solicitor Jessica Eskra. 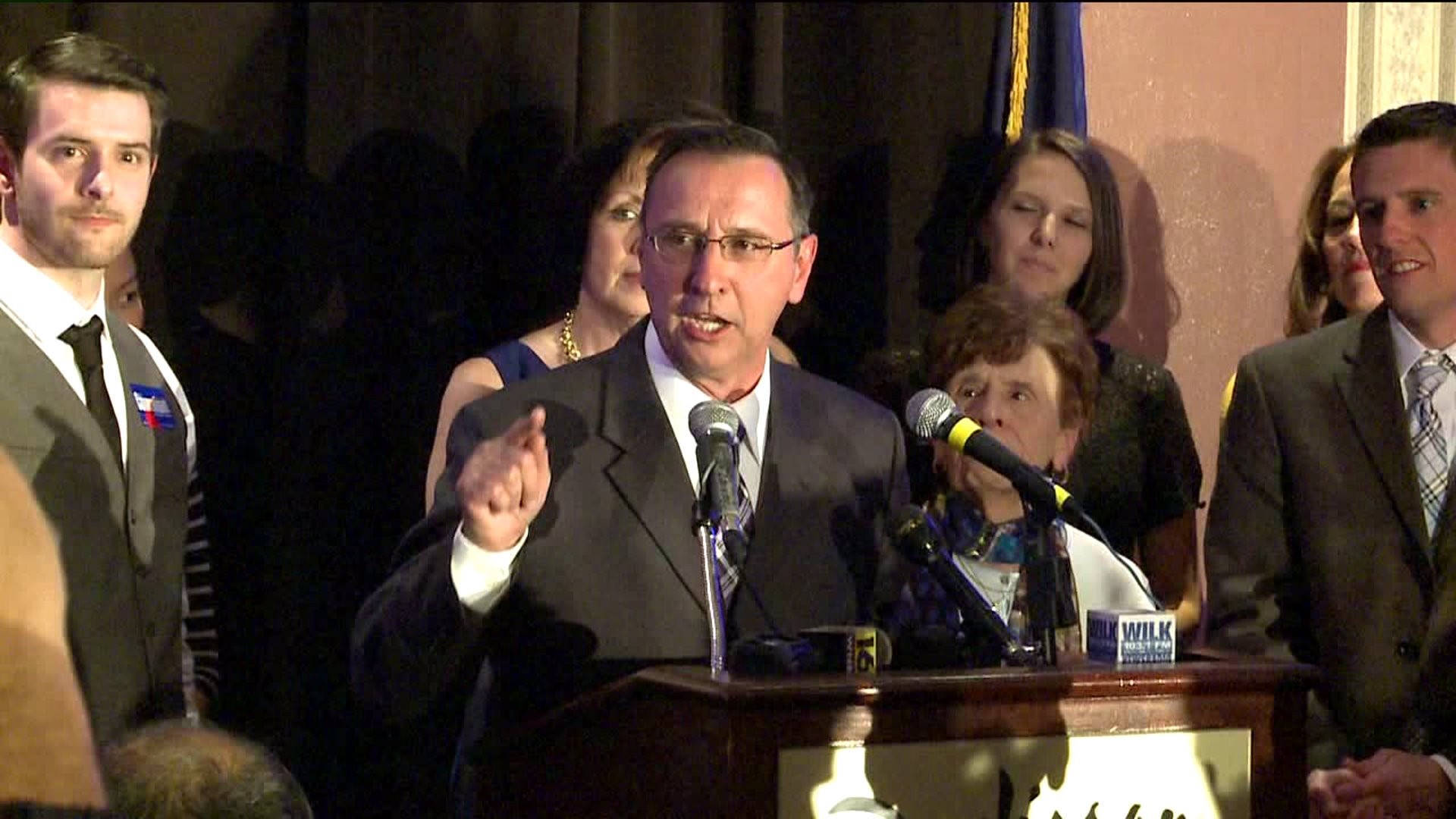 At the Glider Diner, city taxpayers were fed up with hearing about corrupt politicians.

“Our taxes are high enough. The money should be going somewhere to help us, not to just do what you want with it,” said Judy Naughton.

“It is very depressing, it is that,” said Naughton’s husband, Patrick. “We put the man there to lead, and he does anything but lead.”

U.S. Attorney David Freed says Courtright is expected in federal court Tuesday morning in Williamsport and that appearance will be followed up by a news conference in Scranton.

Courtright is the third current or former mayor from eastern Pennsylvania to plead guilty or be convicted of federal charges in the last 17 months. He joins the mayor of Allentown and the former mayor of Reading.

Courtright is a Scranton native, a life-long resident of the city's west side. He owned a karate school on South Main Avenue.

Courtright has a long history of public office in Scranton. He served on its city council for six years. While on council, he ran unsuccessfully for the state legislature in 2006. He was elected Scranton's tax collector in 2009 and served for four years before being elected to his first term as mayor in 2013. He was reelected in 2017.