Mayor Paige Cognetti has declared a state of emergency in the City of Scranton.

SCRANTON, Pa. — The City of Scranton is also under a state of emergency.

Mayor Paige Cognetti made the declaration that will restrict access to city buildings such as city hall and fire stations.

Mayor Cognetti advises residents to follow the recommendations made by the centers for disease control and refrain from non-essential travel and gatherings in Lackawanna County. 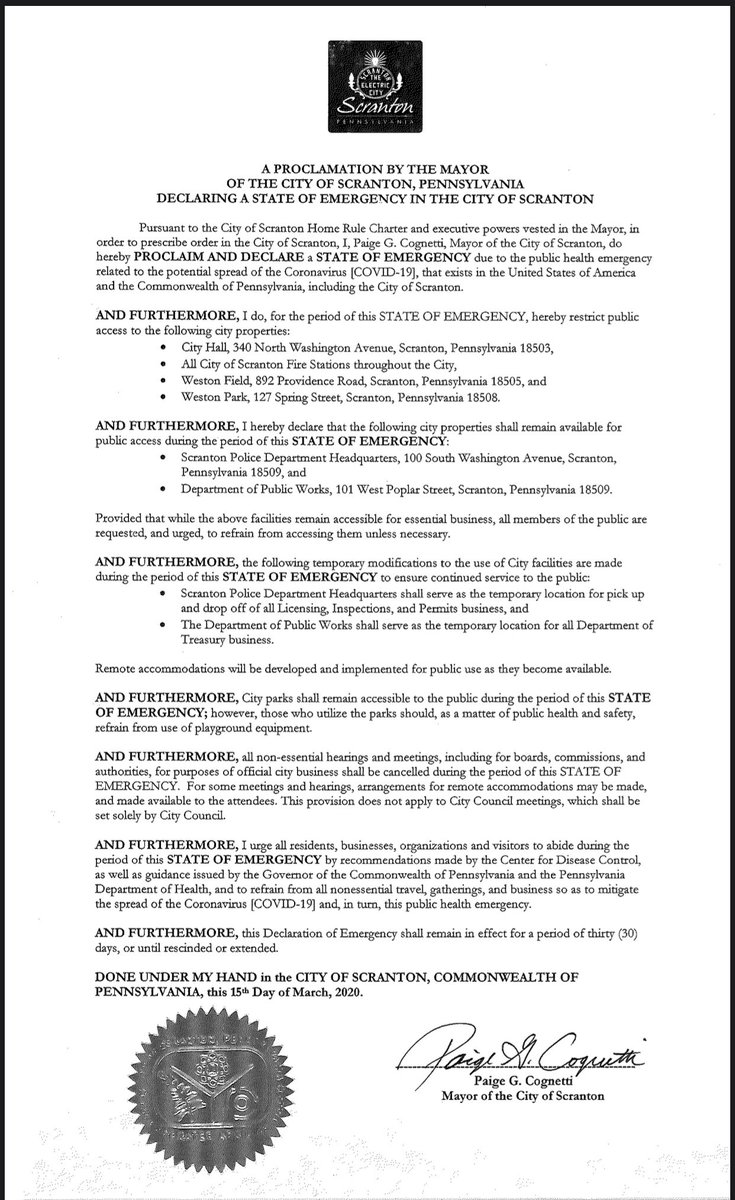