Scranton Jazz Festival back this year with changes

Rather than having one big main stage, the performances will be scattered at 20 different businesses throughout downtown Scranton. 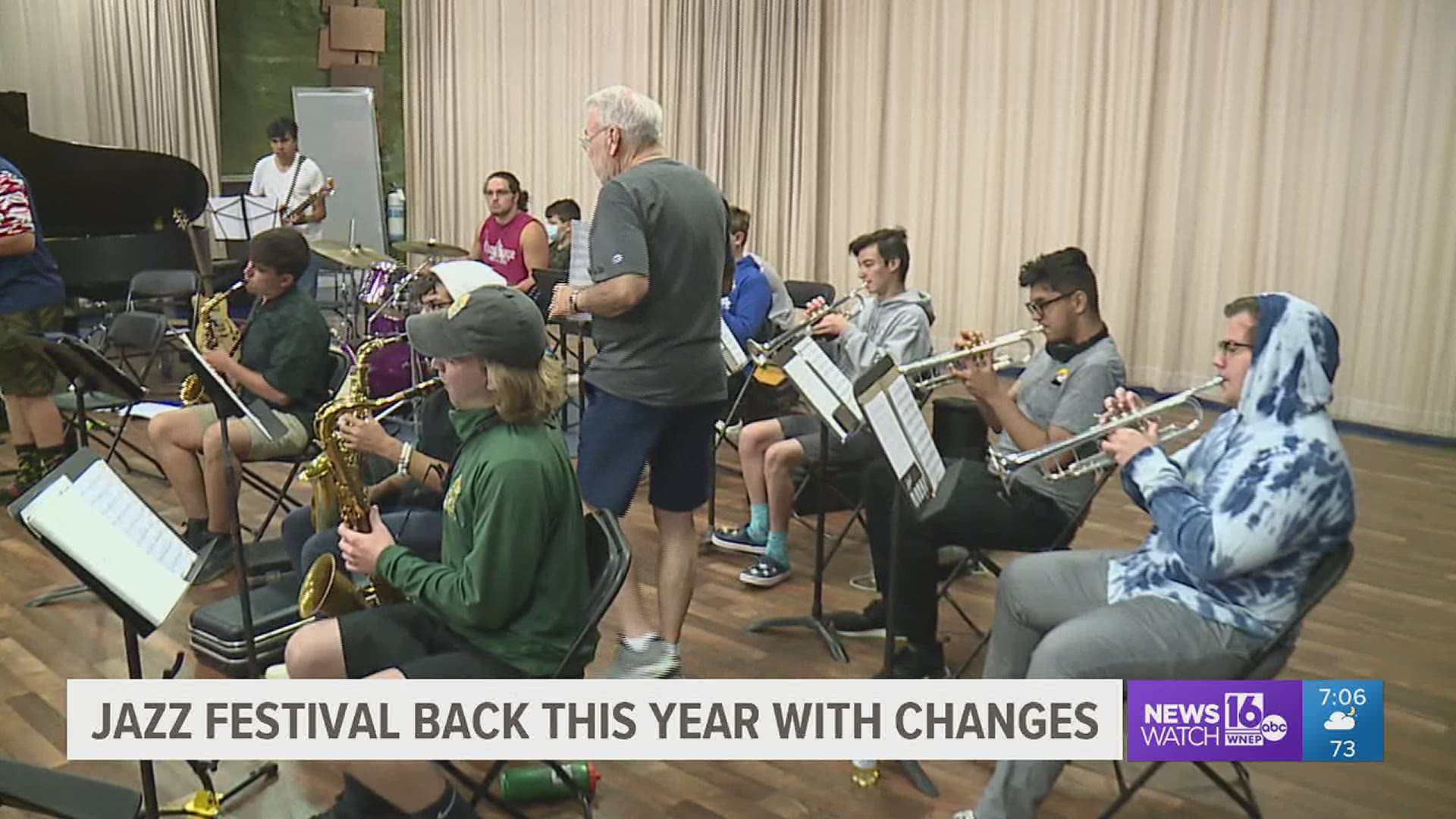 SCRANTON, Pa. — The sounds of live music will soon fill the streets of downtown Scranton once again. The annual Scranton Jazz Festival is back after a year off due to COVID-19.

This time, more than 20 businesses will transform their restaurant or retail space into a stage for the performers.

One such place is Lavish Body and Home. This will be the salon's first time participating in its new, larger location on Adams Avenue.

"To just actually see the space filled with people and with music, it'll be really exciting," said owner Lauren Woodard.

This year, instead of having one large main stage like the festival has had in the past, the performances will be scattered at various businesses throughout the downtown.

Another big change this year—the festival is not selling tickets. The entire event is free.

"It really gives people flexibility. I think it's going to expose people to jazz who may not have spent the money on a ticket, not knowing if it was really their thing. It makes it available to a lot more people," said Woodard.

"The other thing that's beautiful about this is: we want the economic development of the downtown, and we want those bar owners, those restaurants, and those coffee houses patronized, and we want people to spend their money there," said Marcinko.

The jazz festival will take place August 6 through August 8, with fireworks planned for Saturday, August 7 at 9 p.m.