SCRANTON, Pa. — A middle school student from Scranton competed with kids across the state and ended up winning a top-level science award. Jeanie Rafferty ... 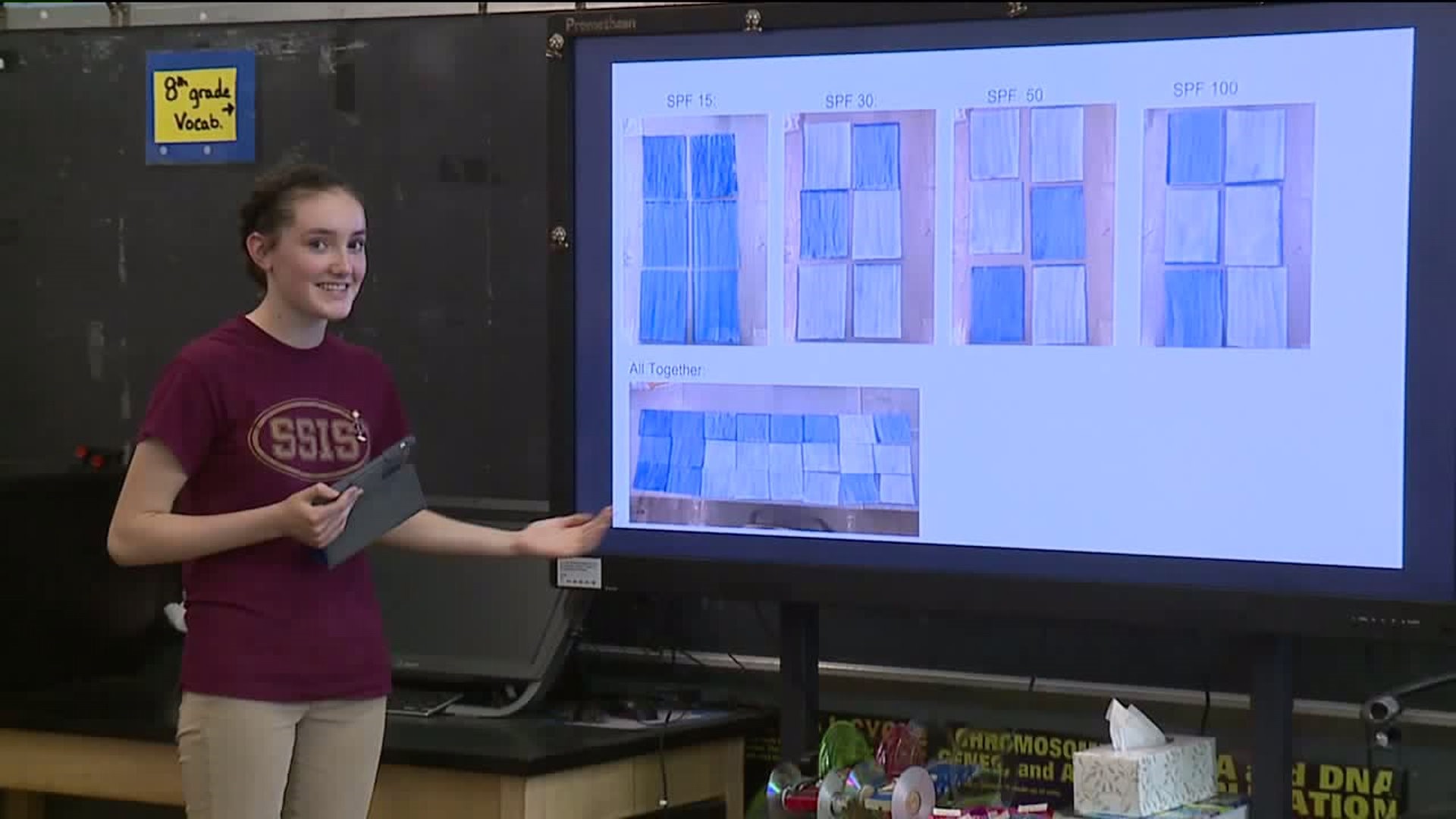 SCRANTON, Pa. -- A middle school student from Scranton competed with kids across the state and ended up winning a top-level science award.

Jeanie Rafferty is what you might call a science whiz. The seventh grader at South Scranton Intermediate won the PA Junior Academy of Science excellence award in chemistry.

"It was crazy," Rafferty said. "I knew I had got perfect but to find out I got excellence is crazy."

After placing first in regionals, Rafferty, along with others from South Scranton Intermediate traveled to State College to present the science projects they had worked on all year.

The 13-year-old student stood in front of judges and explained to them her experiment: how much protection does your sunblock really give you.

"I would leave it out in the sun and after five minutes I would see, because the paper would turn blue or like a different color depending on how much sun it absorbed," Rafferty explained.

In the three years that South Scranton has traveled for these awards, this is the first year a student has returned with an award for excellence.

Katona Miller is the life and physical science teacher at South Scranton Intermediate. She tells Newswatch she is so proud that a student from her school who worked all year on a scientific experiment came back with a top award.

"The regional competition is in March and then we have to fix and fine tune things for may so they spend the whole year becoming an expert," Miller said.

Jeannie Rafferty received a plaque for accomplishments and hopes to compete again next year.